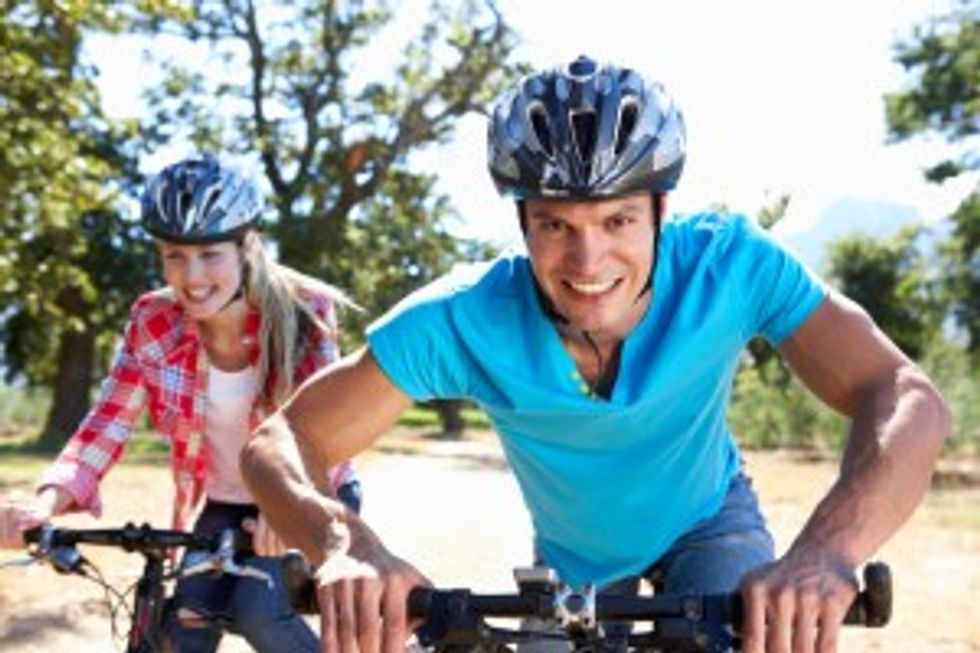 A quiet revolution that gets almost no mainstream attention is happening under our noses: Americans are getting out of their cars and biking, walking, or taking public transportation to their destinations in greater numbers. Phineas Baxandall of U.S. Public Interest Research Group crunches the numbers and finds that Americans overall are driving 6% less per capita, and that most of the shift comes from younger people not driving as much or at all. I know 6% sounds small on paper, but it adds up to billions of miles not driven a year. The largest dips come from men reducing their miles driven, because they had more to give up, as men drive more generally. Interestingly, in the youngest group, even fewer men than women have driver's licenses. 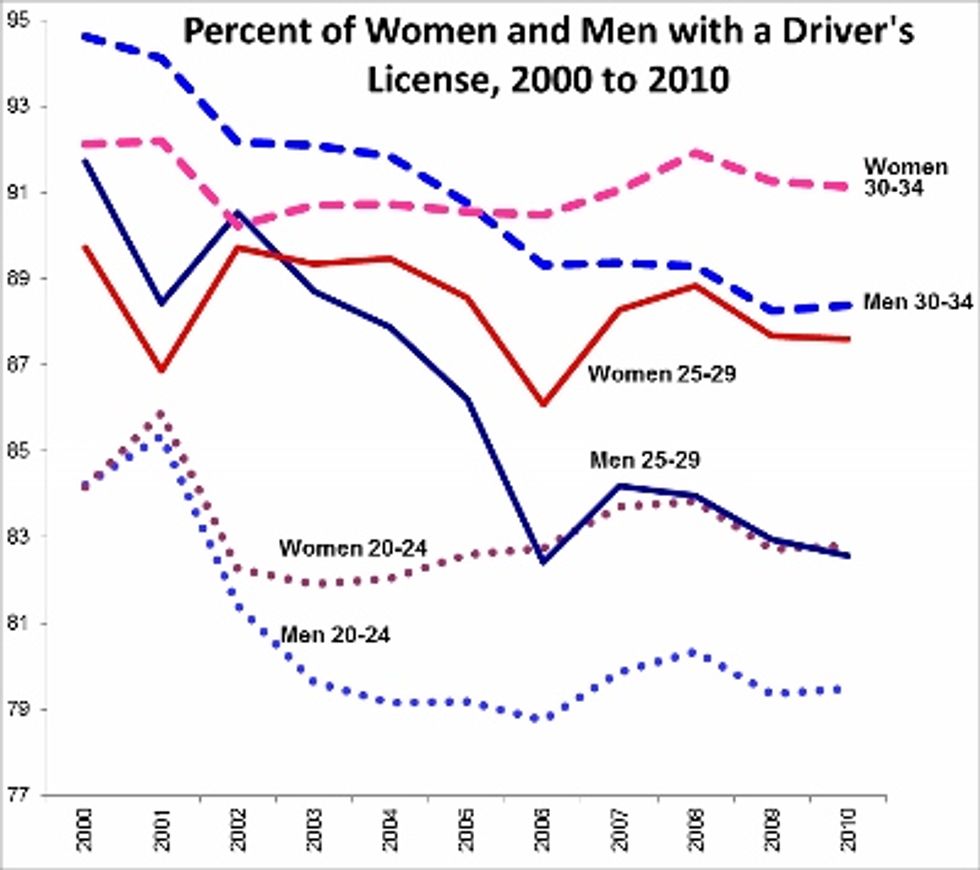 So what's behind all this? The economy probably plays a major role, but it's worth pointing out that the decline started to happen in earnest before the economic downturn. Part of it no doubt has to do with the fact that a nearly century-long trend is reversing, and people are leaving the suburbs to move back to the cities. Of course, it helps that many cities are responding to this new interest in urban living by beefing up their public transportation, though most of the U.S. still falls short of where it needs to be to get other cities even close to the level of a place like New York City, where most commuters use public transportation.

But the biggest decline is in young people, which again is in large part due to their shrinking job opportunities, but also seems to be part of a larger rejection by the Millennial generation of the notion that car ownership is a critical part of adulthood. In an era of laptop computers and smartphones, the sense that you need a car to have access to the larger world is shrinking. They're also well-known for having more communal values than the generations before them, which reduces the impact of the traditional hostility to public transportation, i.e. the collective American fear of having to be in a collective.

Overall, the trend in America towards more acceptance of a carless or car-reduced lifestyle is one I applaud. These things have a way of building on themselves. Getting to know people who don't drive and realizing they aren't weird or emasculated can, in turn, convince other people that they don't always have to drive. The more people walking and biking, the more cities have to accommodate them by building bike lanes and sidewalks, which in turn encourages more people to choose these options.

Today's a traditional holiday centered around drinking, meaning we're seeing the usual slate of warnings not to drink and drive. Because of the ubiquitous nature of driving, most of these warnings center around the "not drinking" part of the equation. Unfortunately, those warnings tend to fail too much of the time, because they rely on asking people to go to parties and well, not party. Convincing people not to drive is often a more fruitful approach, but only if they live in a culture that supports not driving. One more reason to applaud the turn away from driving in our culture, and towards normalizing transportation methods that don't rely on sobriety.