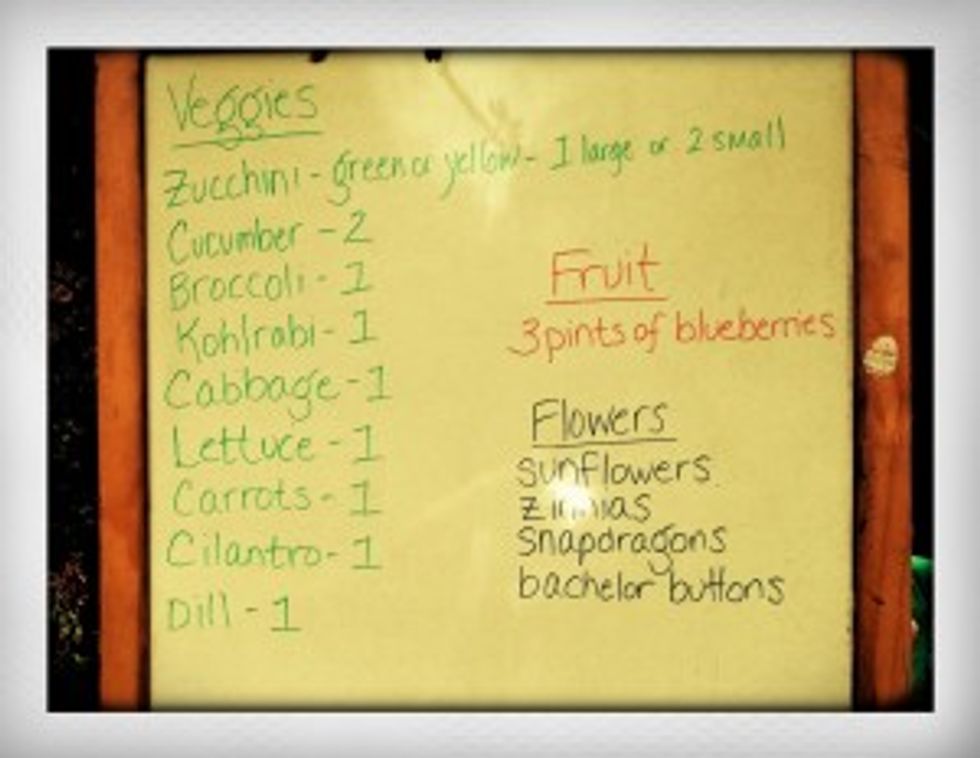 Just a couple of years ago when I first started food-blogging, resources online for vegetarians were much more meager. A lot of recipe sites had search functions that allowed you to look only for vegetarian dishes, but the information was not ideally organized. It was just clear that going meat-less was a second thought.

Since then, the concept of the sometimes-vegetarian has really taken off, much to my delight. I was optimistic when I first heard food writers start to explore the concept of incorporating vegetarianism to reduce your carbon footprint without eliminating meat completely, which they felt was too much of an ask for most Americans who eat meat at nearly every meal. Some of the concepts that were floated were things like "vegan until 6" or "weekday vegetarian", but what's taking off---with the help of Mario Batali---is instead "Meatless Mondays". Meatless Monday is a much smaller ask than the original concepts, but remember, we're talking about convincing Americans that can't imagine dinner without meat. In my experience, once a person starts to eat vegetarian occasionally, they start to do so more and more, because it just seems easier and less weird. The result is that a lot of mainstream recipe websites have well-organized vegetarian sections now, often under the label "Meatless Monday".

I had broccoli left over from last week and more broccoli this week, so the only thing to do with the broccolis of varying ages was to make a soup. Since I got dill in this shipment, I decided to use this recipe for a rosemary-dill broccoli soup as inspiration. But I wasn’t into making it chunky, so I used the immersion blender to make it smooth instead.  This soup accompanied sandwiches for my lunches for the next few days.

I also roasted the beets and used them instead of tomatoes for my sandwiches. 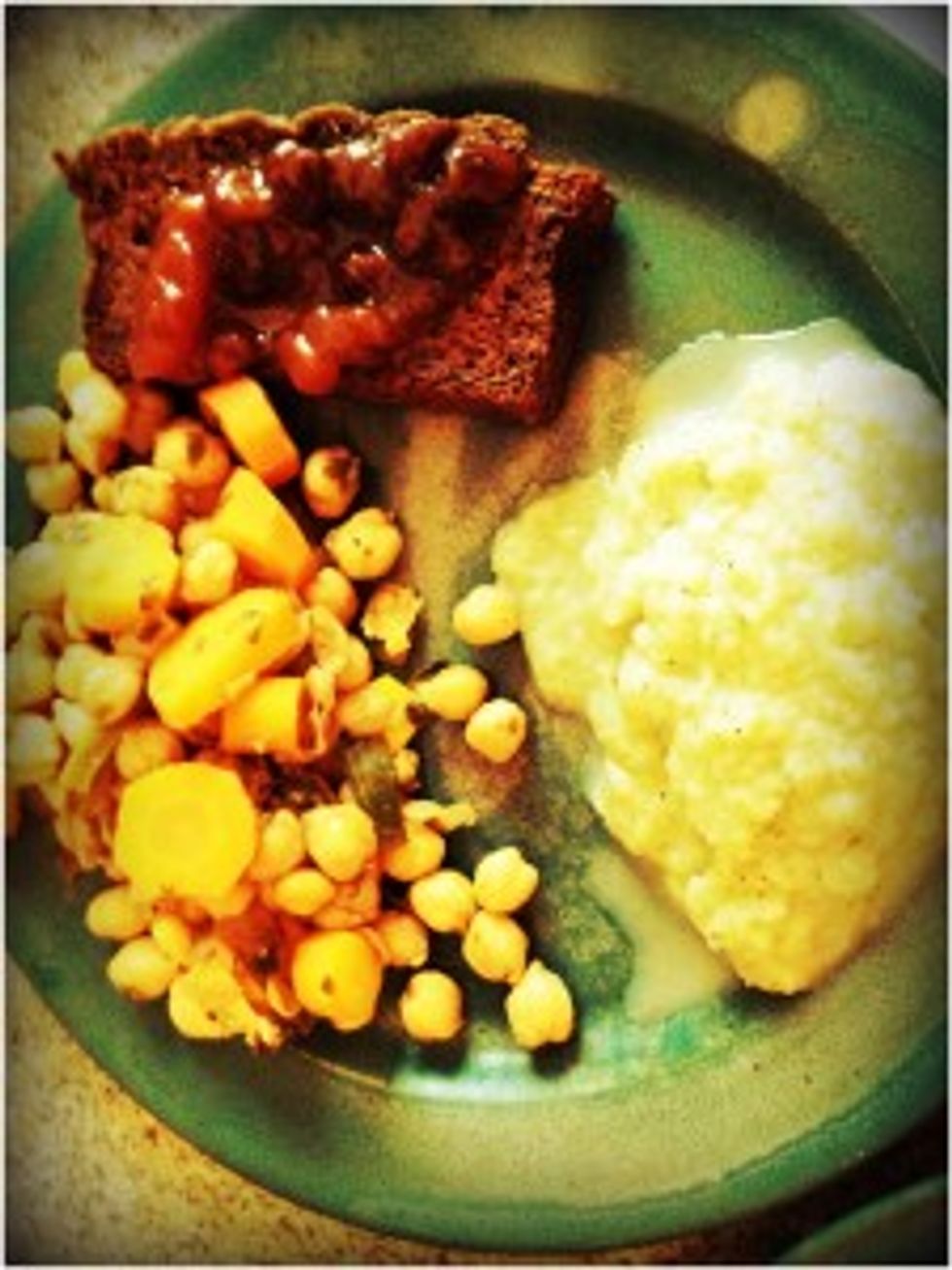 Roasted tofu sounded like an interesting new way to make tofu, so I made this recipe with a block I had in the fridge. This didn’t use anything from the CSA, but it seemed like it would accompany the other CSA stuff. I threw together some yogurt and roasted red peppers to make my own dipping sauce with what I had on hand.

I still had some apples leftover from the 4th of July, so I took them and the cabbage and made this cabbage-and-apples recipe. I had a bottle of red open, so I used that instead of Riesling, because buying a Riesling just for this seemed a tad foolish. After we ate this, I mixed two cups of leftover kidney beans in with the rest and ate it as a side dish with lunches. (I know it sounds like a lot of lunches, but I eat lunch at home every day.)

Used half the cilantro, a tomato, scallions, salt, and jalapeno to make salsa in my mini-chopper.

Just repeated the mashed kohlrabi recipe from last week, but using less onion since it was nearly too spicy to eat last time.

Using this recipe as inspiration, I made a chickpea dish with the other half of the cilantro and the carrots. Basically: carrots, 4 cups of chickpeas, cumin, lemon juice, salt, pepper, cilantro.

Used some more of the zucchini bread to finish off the meal. 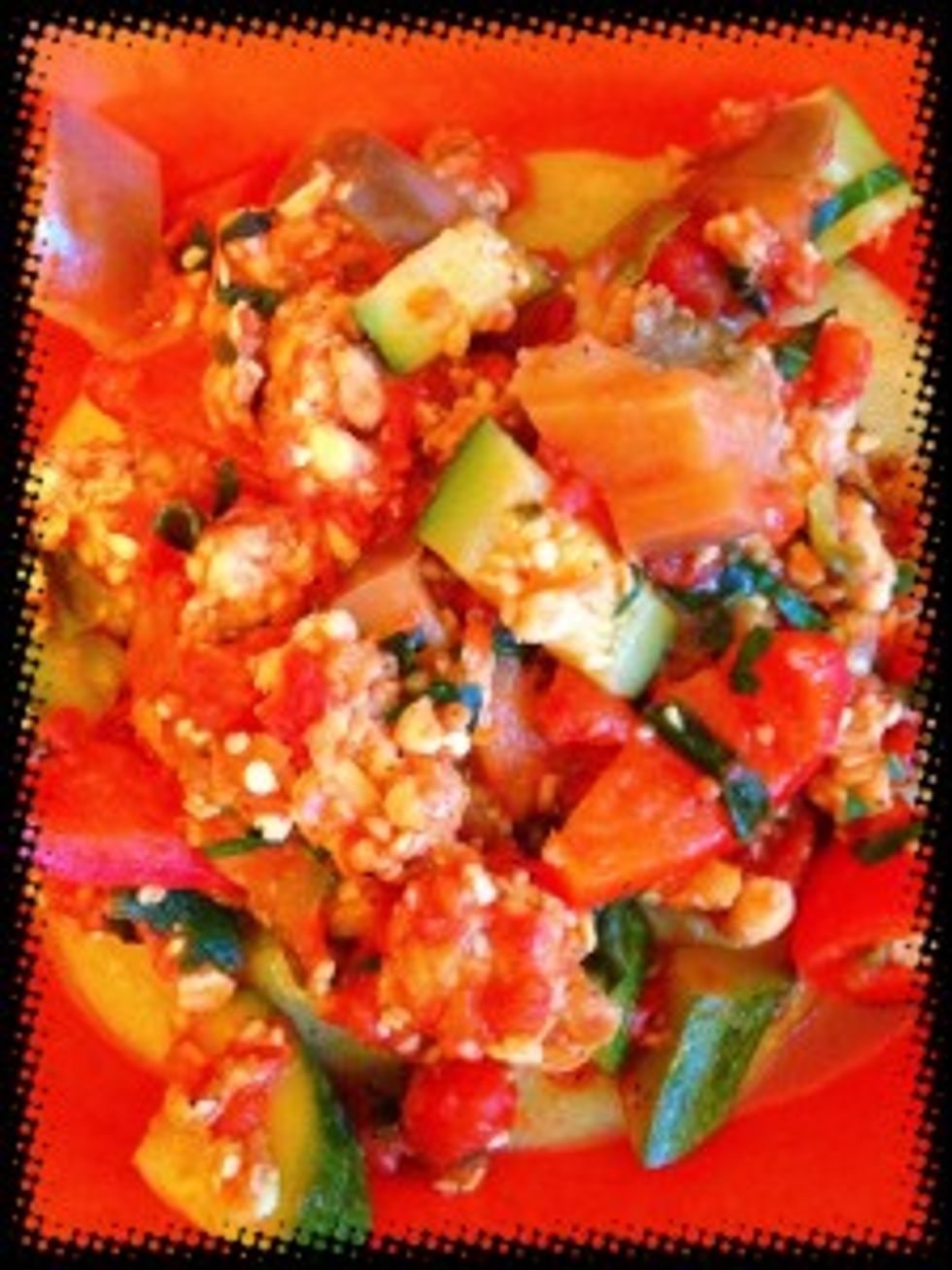 The CSA had an option to let us buy cheese, and so I decided what the hell and bought some rather delicate cow’s milk, especially as a friend in the same CSA said that the cheese maker made some of the best she’d ever had. So I cracked into that to make cheese sandwiches with farmer’s market Jersey tomatoes and basil from my garden. Served with salads made from CSA lettuce and cucumber, along with cherry tomatoes.

Dessert was our favorite: vanilla pudding with blueberries. It never gets old.

This was mostly made out of farmer’s market purchases, since I was out of nearly everything else, but I did use the tempeh and thought I’d share the recipe. I made a tempeh ratatouille with this recipe, but I added some eggplant anyway, because yum. I served it over polenta, which worked out well.

We ate the rest of blueberries for dessert.