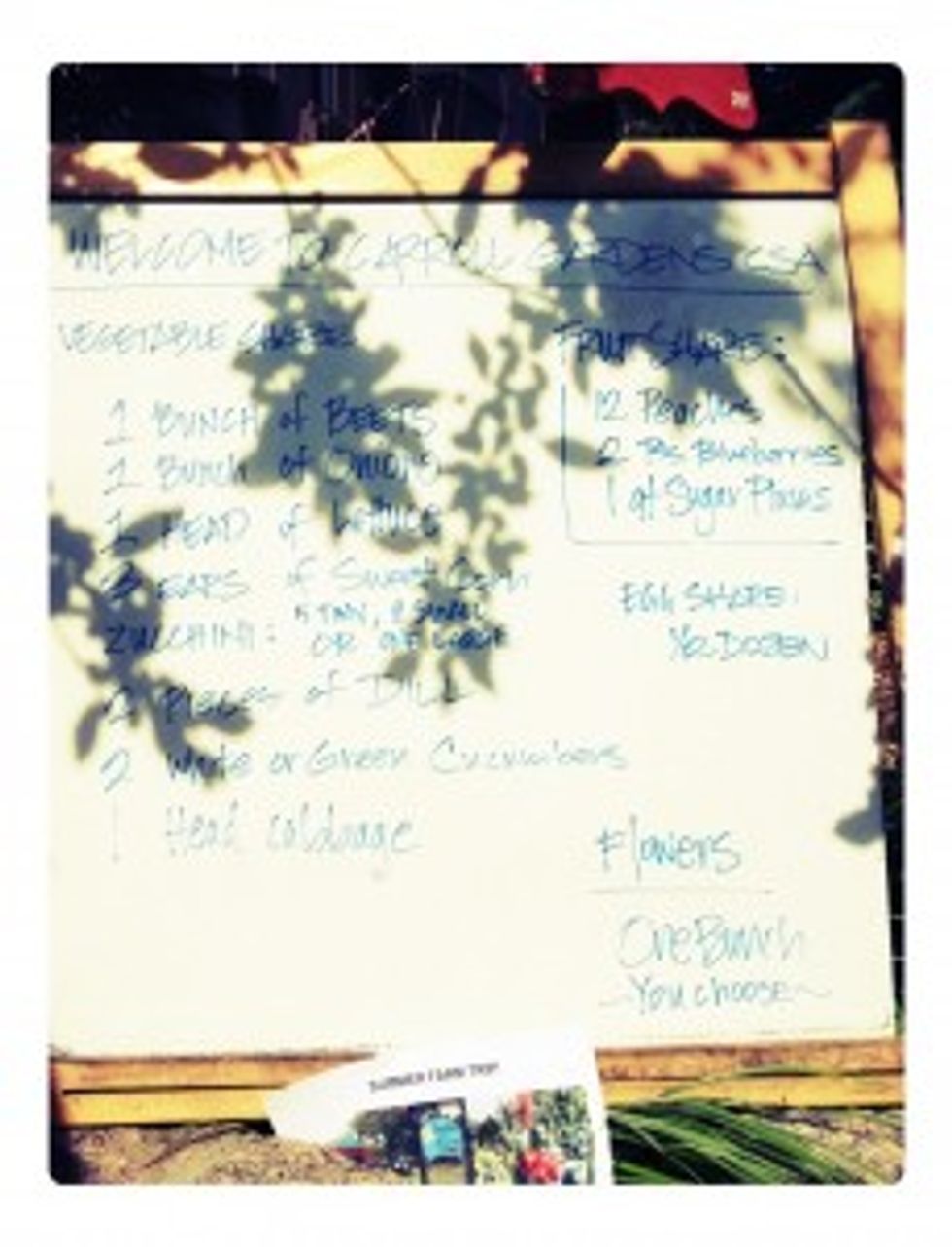 Blueberries are still a major theme in week 7, but after this, they tend to taper off. Peaches are beginning to come in. This is really the time of year when fruit is abundant in general. Which works out for a lot of seasonal home cooks, because this is also the time of year when it can be miserable running the stove or the oven, and fruit really works out well for no-cook recipes. As you'll see below, I don't stick to that as often as I probably could, but I will say this: I just can't bring myself to cook locally grown tomatoes. They taste so good raw. Cooking them seems a shame, so I stick to the diced tomatoes in paper boxes for my cooked tomato needs.

The main part of dinner mostly has nothing to do with the CSA: I made cheese sandwiches with some pepper jack that was on sale at the grocery store and some Jersey tomatoes from the farmer’s market, along with lettuce from the CSA and some salsa from last week.

A salad made of Jersey tomato plus the cucumber and lettuce from the CSA.

The real fun came from dessert. Since I had so many peaches and blueberries, I decided to make this healthy but delicious version of a peach and blueberry cobbler that is mostly fruit with some sweet bread holding it together. Seriously, you’d have no idea that it’s not that fatty or sugary; it was just perfect. 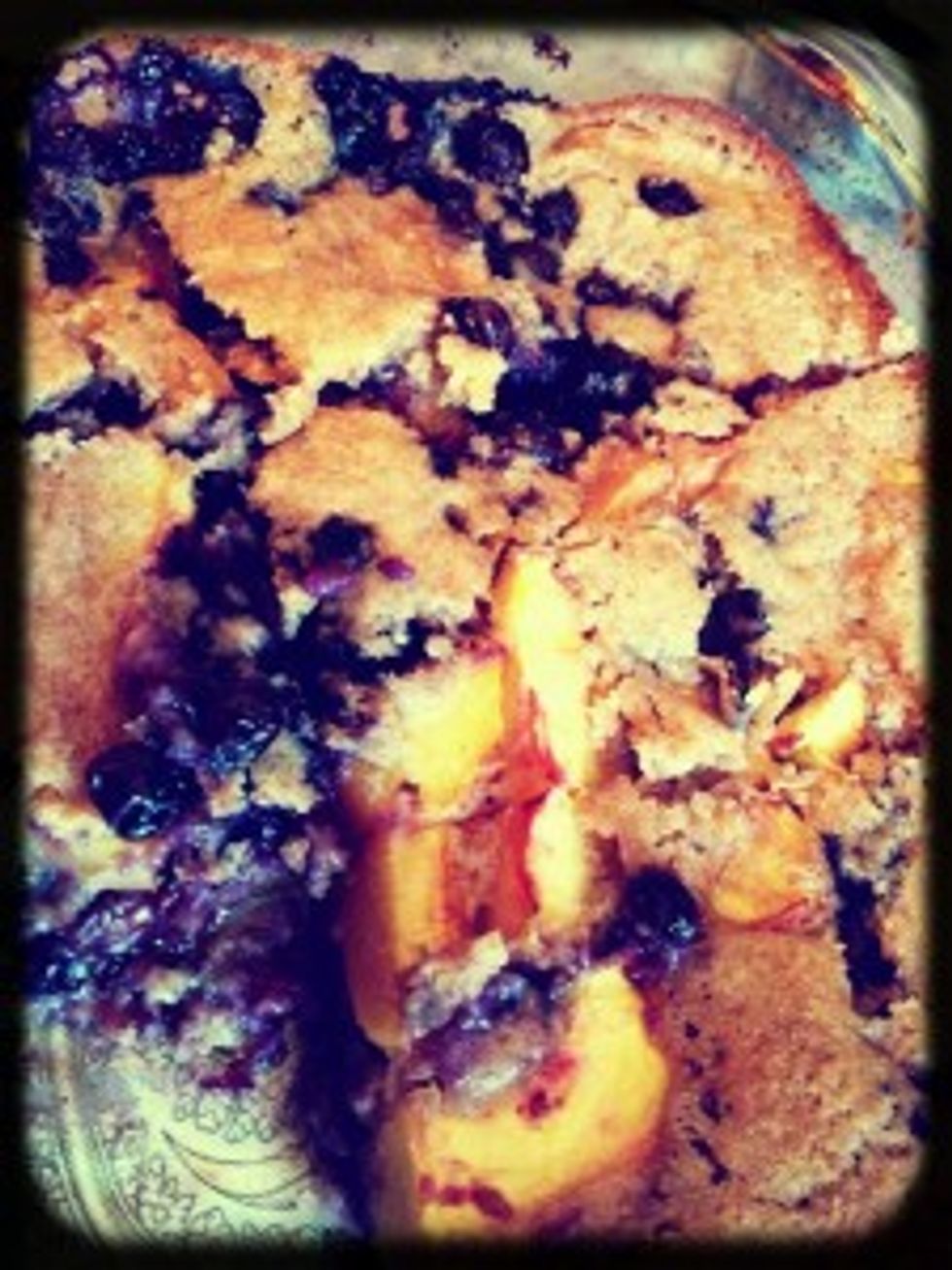 I made this version of a Turkish shepherd’s salad, to use up the dill and the cucumber. Also because it was hot and humid and I wasn’t interested in cooking anything with heat. Served it with pita bread, hummus, and feta cheese.

It was a light dinner, so we went ahead and had more cobbler for dessert.

Vegetarian, but easily vegan if you leave off the cheese (and the cobbler, of course).

This is high zucchini season, so I highly recommend getting involved with a dish known as “tagine”. For the meat eaters, you can do this how they do in France, where they serve it on the side with steak or other forms of beef. For vegetarians, it’s a good main course. Bittman’s recipe is an excellent place to start, but there are infinite variations on this classic Moroccan dish. I discovered it while traveling in Paris, and it’s so good there that my friend and I practically ate nothing but tagine  while we were there. My version was made with carrots, zucchini, green onions, and diced tomatoes in the paper sack. 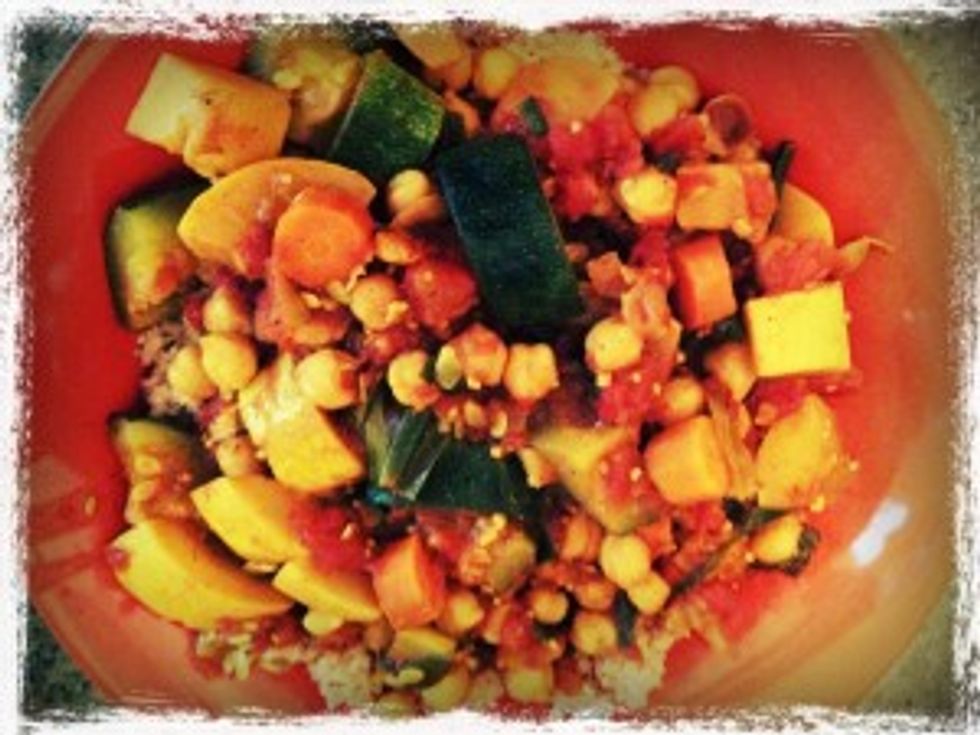 I took some leftover ratatouille from last week, warmed it up in a small skillet and poached an egg (naturally obtained from the free range vegetarian egg people at the farmer’s market---these eggs are just so much better) over it. Served with pita break leftover from the Turkish shepherd dinner.

Used the last pint of blueberries to make these blueberry muffins. I served them with what was left of my peach chutney purchased at the farmer’s market. 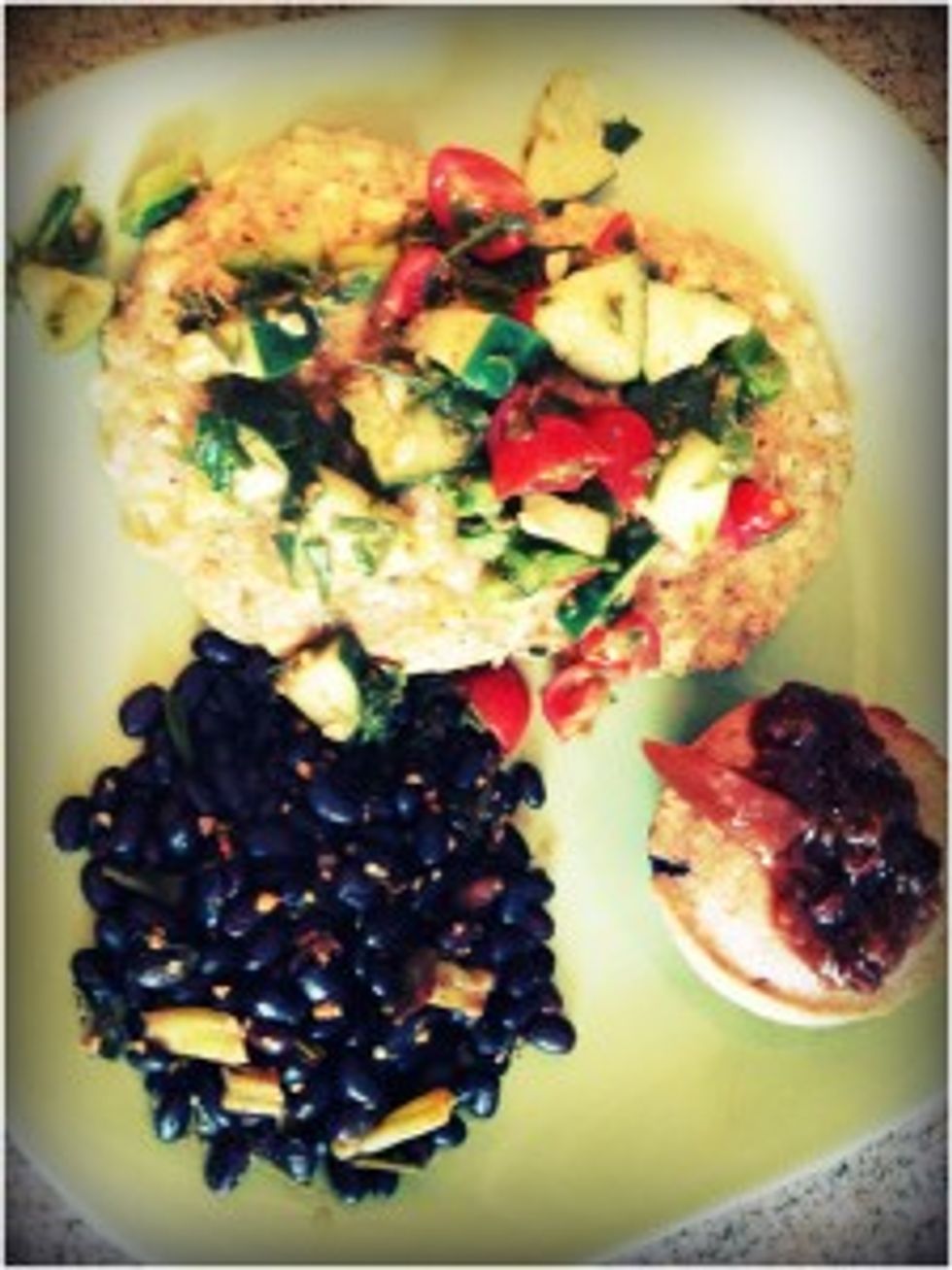 Since I was already running the oven, I decided to bake these corn and basil cakes instead of fry them. Basically, the trick is to use the same recipe, but put corn starch in it. This some times works slightly less well than you’d like, but I have a lot of luck with it. It helps to use 4 inch cookie cutters to form the patties. I bake them for about 30 minutes. I topped them with some of that Turkish shepherd mix.

To top it off, I made one of my favorite simple dishes: beer-glazed black beans. I threw in some oregano from my garden, as well.