How Likely Is It That Tripp Palin Didn't Use A Gay Slur? 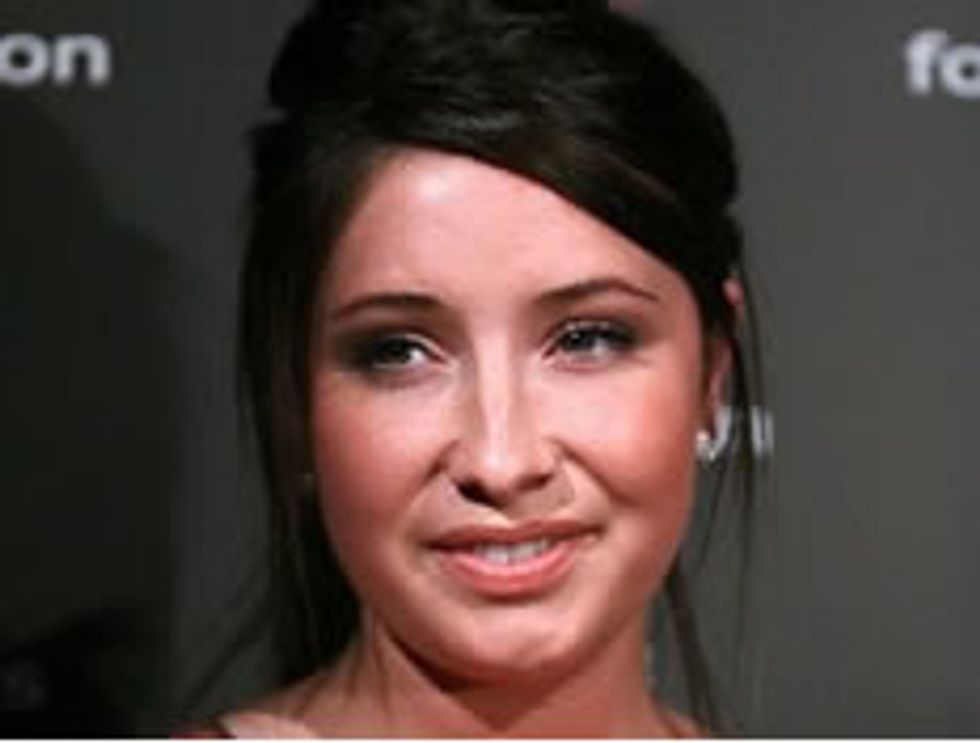 I'm sure you've all seen this video of Bristol Palin's 3-year-old son Tripp saying what appears to be, "Go away you faggot!" to his aunt.

While Bristol thought it was pretty funny at the time, she and her family have since learned that their claims that they aren't homophobic just because they're against gay rights sound a little empty in light of the revelation that they toss the word "faggot" around so much that a 3-year-old picked it up. Now Bristol is backtracking and claiming that the boy actually expelled the highly ungrammatical sentence "Go away you fuck it."
Now, I know Bristol's probably thinking that her son is still learning to talk and so it sounds totally plausible that he would use an imperative where a noun clearly goes in the sentence. But is it? I did some research on child language development, and well, it doesn't really seem likely:

Two-word utterances show consistent patterns and are not merely random combinations of words. Some of the consistency has been described according to the meanings children express in the two-word utterance stage. They talk about actions, agents (doers of actions), patients (receivers of actions), locations, and possession, and they point out and describe things. Furthermore, two-word utterances exhibit consistent word order, which has been described in terms of pivot and open words. Pivot words appear consistently at the beginnings or the ends of utterances, while other words plug into the vacant slot. More, for example, is a common pivot. Some examples given in Goodluck (1991, p. 76) are: more car, more cereal, more fish, more walk. Other, all, no, and all gone are other initial pivots. Off can be a final-position pivot, as in boot off, light off, pants off, water off. The words that occur with pivots are termed open words.

There is no recognizable stage that marks the transition from two-word to multiple-word utterances. Once children get the idea of syntax, they may combine more than two words at a time, as in Goodluck’s examples: clock on there, kitty down there, other cover down there, up on there some more (1991, p. 76). Children’s syntactic growth during this period is measured by the mean length of utterance (MLU), calculated according to the average number of morphemes per utterance. Although children may develop at very different rates, when their utterances approach a MLU of about 2.0, they begin to add the grammatical “glue” that holds together adult sentences, such as tense and number markers, possessive markers, helping verbs, and certain prepositions.

We can tell from this clip that Tripp is speaking in full sentences, which puts him well past the two-word stage and probably well into the grammatical morpheme stage. Good work, Tripp! But unfortunately for his mother, that means that his syntax is pretty good, which is why we understand everything else he says. But even if he was still struggling to use more elaborate grammar, we know he's well beyond the period of development that distinguishes between a noun like "faggot" and a imperative verb/subject phrase like "fuck it". We know that because even children that are only capable of two word phrases, as the above passage demonstrates, successfully distinguish between verbs, subjects, and objects, and that they have a consistent word order.

Verdict: Unless the Palin family uses the term "fuck-it" as a noun, and specifically as a nasty name to call someone you're mad at, then no, Tripp did not say "fuck it". And exploiting a child's process of language development---or at least people's lack of understanding of it---to avoid being held responsible for your homophobia is deplorable.