It's Not About Heckling 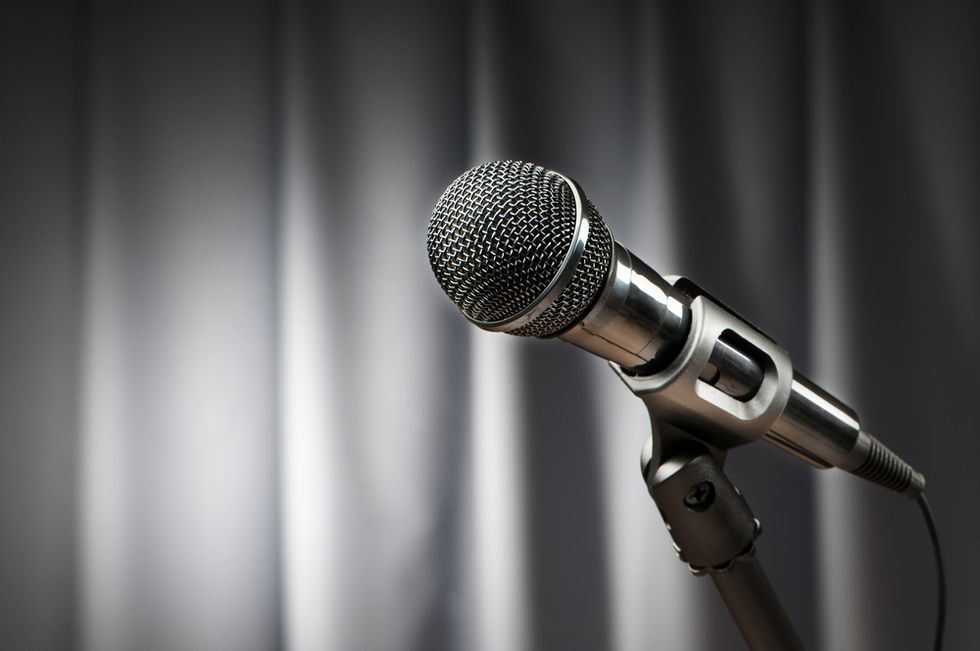 Many years ago, when I was a young lass straight out of college, I was downtown Austin drinking with some folks who aren't like my best friends in the world, but who I socialize with on occasion. As we were walking down 6th St., some guy grabbed the ass of my friend, and she retaliated by yelling a racial slur at him. I immediately called her out on it, saying that just wasn't acceptable. Her defense was, "How can you say that? He grabbed me on the ass!"

I replied by saying, "So yeah, punch him in the nose. Call him an asshole. But when you use that word, you're not just saying it about him, but about all the people of his race. And they didn't grab your ass. He did." I have no idea how I was so on my calling out racism game after the drinking, but hey, some times the muse is with us.

I mention this, because inevitably some folks are responding to the Daniel Tosh-wishing-rape-on-a-heckler situation by changing the subject from "is it cool to wish rape on someone in front of hundreds of people?" to "but hecklers are the worst!" They're doing this, because defending Tosh is nearly impossible if you're having the first conversation, but bashing hecklers is pretty easy. You can see a bunch of examples of this at Alyssa Rosenberg's latest post on this:

Disagree on this. If you heckle at a comedy show, particularly at a show like Daniel Tosh's, you are agreeing to whatever follows. It's the comic's responsibility to come back at you. You could argue rape commentary is equivalent to Michael Richards' using the N-word at a show, but I find it hard to defend anyone who heckles a top-flight comedian. By heckling, you are disrupting the show for your fellow ticket-buyers (you BOUGHT a ticket, right?) and attacking the comic. He counter-attacks at YOU, not at everyone in the entire world. Comedy-show heckling is a unique social occasion, out of bounds for conventional judgment.

People have every right to be offended, and they have plenty of options. They can sit silently and wait for the next comedian (who might have been really incredible and turned the evening around, these kind of multi-comic shows can be like that). They can leave. They can leave and let the comic know that they found his joke offensive, and then he can respond how he sees fit. I think if they'd gotten up and requested a refund without interrupting the show, they would have had a much better case for receiving it. But she made herself an active participant in the show, and while what he said was not cool, she can't feel upset about being humiliated. Because that is the role she put herself in. When someone heckles you, the easiest way to stop them is to humiliate them.

The problem with these arguments is no one is saying that heckling is cool or that comics don't have a right to shut down hecklers by humiliating them. Tearing down hecklers, especially if you're funny about it, is a venerable tradition in stand-up comedy and no one wants to see it go away. But there's a good way to go about it and a bad way. By invoking rape to put down his heckler, Tosh reinforced broad cultural narratives that use the threat of rape or domestic violence to take away women's rights as women. By saying rape is an appropriate response to women that are out of line, he's borrowing from and contributing to a culture where juries let rapists off all the time because they disapprove of the victim's actions, such as if she were drinking or wearing a short skirt.

Plus, using your unearned privilege to mock those who are considered socially inferior because they're the wrong gender, race, sexual orientation, etc. is just hackish. It's lazy and does nothing but suggest you actually support irrational social structures that limit people's rights and opportunities based on these irrelevant characteristics. The job of comics is to use humor to subvert the existing social structures, especially the ones that are unfair or nonsensical. But unfunny pro-rape jokes aren't subversive; they're reinforcing the status quo.