Joe Arpaio Wants Your Papers, Will Not Accept Them 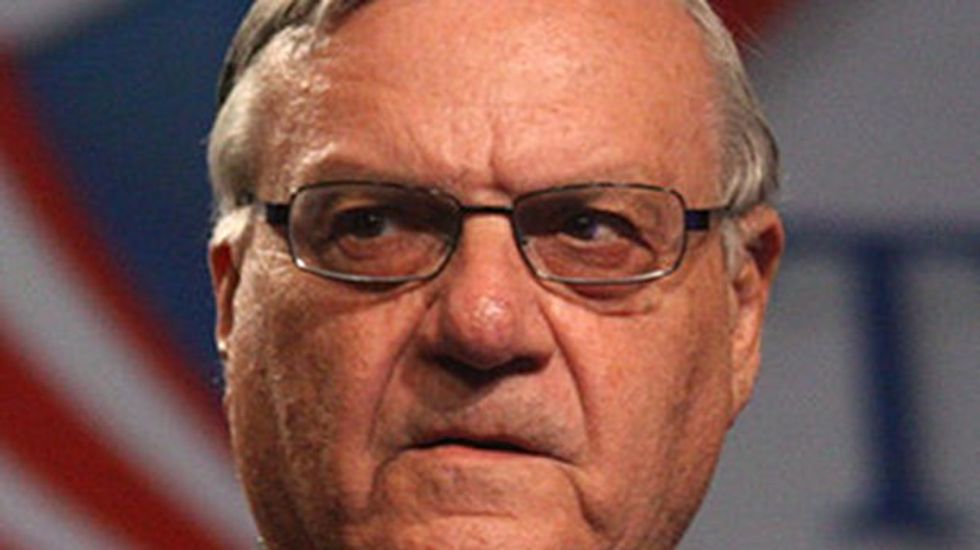 Man, wingnuts in Arizona really are obsessed with people of color and having your "papers". Despite the fact that it makes you an automatic laughingstock to do this, Sheriff Joe Arpaio of Maricopa County in Arizona made a big to-do over his "investigation" of the President's birth certificate. I'm sure you'll all be surprised to discover that Arpaio has determined that Obama's birth certificate doesn't measure up to his standards of authenticity, because he looked closely and frankly, he doesn't want it to be real, though there's some gobbledy-gook about how the numeric codes aren't filled out to their satisfaction. Since there is literally no birth certificate pristine enough to be filled out to their satisfaction, however, the exact complaints aren't particularly relevant.

This would all seem very funny, except that Arpaio's agency has all these fancy new powers to demand citizenship papers from random people the officers deem the wrong shade to walking around like they're all free and shit. The main concern previously was that they'd spend a bunch of time arresting people who are here legally but don't happen to carry all their paperwork on them when they run down to the grocery store to buy milk. Now I have to point out that the leadership has set an example wherein no matter how rock solid and swiftly presented a person of color's papers are, the papers can be deemed "fraudulent" as long as you come up with a horseshitty-sounding enough complaint about the kerning or whatever. Sure, your own papers could never measure up to the standards, but your skin color means they never will have to. Win-win, if you think that phrase means "I get to fuck with you and don't get fucked with myself, so two wins for me!"

Lest you think I'm exaggerating, it's important to remember that the Southwestern states have previously been involved in a "papers please" crackdown named, and I'm not joking, Operation Wetback. It was a program under President Eisenhower where the government just did outrageous sweeps of Mexican-American communities, deporting people by the thousands, often without really paying any attention to their paperwork status. In other words, it was a human rights nightmare on the level that I imagine Arpaio still beats off to it every night: overcrowded cells, stuffing people into trucks, harassing people based on skin color. Seven people even died when one overcrowded boat got unruly and people fell off and drowned to death. Unsurprisingly, many natural-born citizens were also deported, because the "papers, please" crowd only pretends to be interested in strictly following the law.

At this point in the post, I suppose I should be writing a nice little conclusion to wrap all this up, but I think we all know what the point is: This obsession with paperwork is a fig leaf for racists to express their belief in white supremacy. Not much more to add to that, except that anyone who denies it will be used as an example by future historians of idiocy in service of ideology, much like the phrase "separate but equal" is treated now.