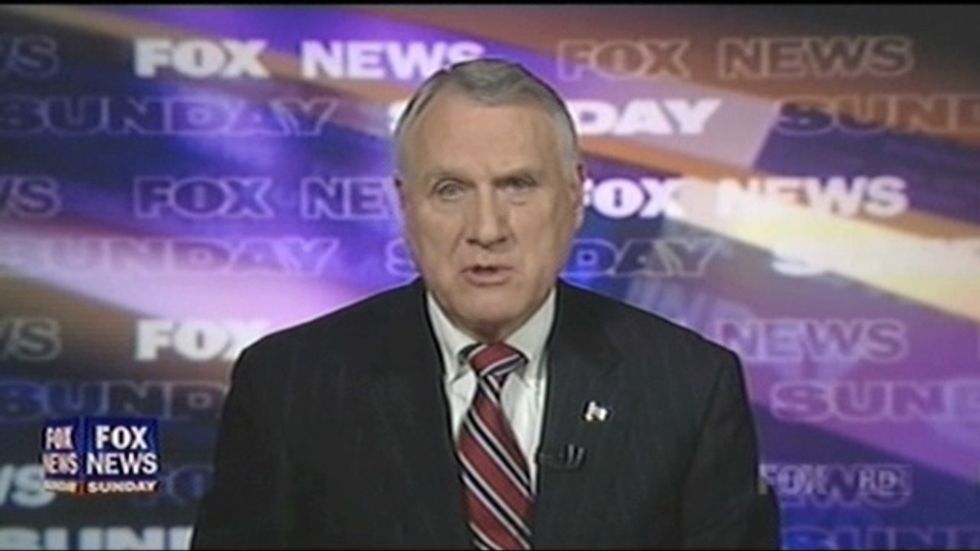 Hey Republicans, more of this kind of talk please:

President Barack Obama should stop talking about the middle class because it turns people against rich Americans, who should be embraced as the Michael Jordans of the U.S. economy, Sen. Jon Kyl (R-Ariz.) said Monday.

Declaring that the use of the phrase "middle class" is "misguided and wrong and even dangerous," Kyl argued in a Senate floor speech that Obama is "spreading economic resentment [that] weakens American values" and ignoring "the uniquely meritocratic basis of our society."

Basically, the theme of the speech is that Obama's job is to run around the country scolding ordinary Americans, mainly by explaining to them that Paris Hilton has more money than you because she's simply better than you. I can see why Kyl wants Obama to speak such poppycock, because Obama would immediately lose the election. Obviously, that's not going to happen, but I encourage Kyl to speak more about how ordinary working Americans are inferior to our wealthy masters, and really, we should be grateful that they "let" us have anything at all.

"When Michael Jordan came, after he established how great he would be, he was given an enormous, almost unheard of salary. Did the other players say, 'That's not fair?' No, actually all the other players got big salary increases, too," Kyl said. "The whole franchise did well, the people selling popcorn, the people parking the cars ... made more money than they ever would have had Michael Jordan never came to the team."

Just as how when Mitt Romney made a fortune because the company he founded, Bain, laid off lots of people, uh, well, he did better! That's really all that matters, after all, because the rich are so much better than the rest of us.

You know, since conservatives believe that the real producers in society are the rich, and that the rest of us barely contribute at all, I really don't understand why they have such a problem with unions. After all, the only real power a union has is to have a strike. Since the labor of ordinary people has no value and the rich got to the top all on their own merit, strikes shouldn't cause a pause in production at all. Everyone should just go on strike.  Go see "The Dark Knight Rises" again; Kyle has made it clear that what we do has no real value compared to, oh, someone who got rich by selling time shares to people using bullying sales techniques. Clearly, that person has so much more value than you that any kind of work you do has basically no value at all. The rich are so much better and more productive than us that they don't even need you police and firefighters to protect their property. They're superheroes, and can fight crime and fires by themselves.

So, if Jon Kyl is going to concern troll the President, I feel like it's time to concern troll him and all Republicans. I think Kyl's message of the rich being morally and intellectually superior---many, many times over---to the rest of us needs a much wider airing. I recommend that Mitt Romney make that the centerpiece of his stump speech. Instead of running away from his history at Bain, he needs to be crowing about how he's so much richer than the rest of us because he worked so much harder, to the point where he's literally 1,000 times superior to an American who has managed to accumulate $25,000 worth of assets. I think he should make a point of saying exactly that during each speech. Only by speaking truth to the power (power being the tyrannical working and middle class) can Romney really win this election. He should start talking about this right now and keep it up until November.