Tossing Around the R-Word Just Means They're Desperate 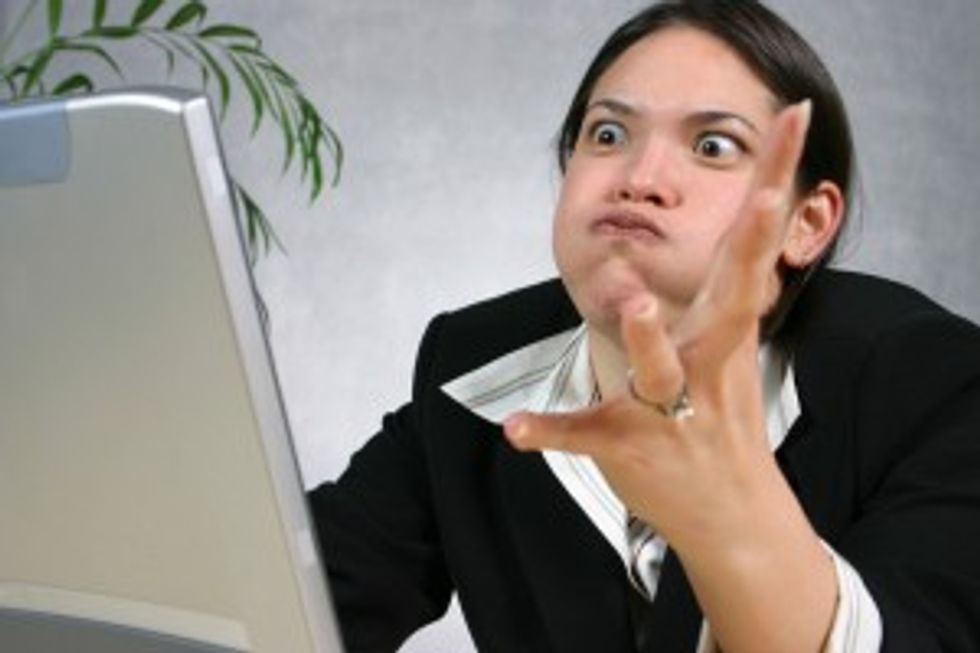 When feminists talk about rape culture, we're generally speaking about a culture that, while officially condemning rape, manages to offer protection and often support to rapists while vilifying victims. We also talk about a culture that minimizes rape by pretending it's about uncontrollable lust instead of a desire to hurt and dominate. We talk about a culture that shames women for having boundaries and makes it our responsibility to protect the reputations of those who violate us. And of course, one reason that society is so protective of rape while officially denouncing it is because it's such a useful tool to police women's lives. Rape is whipped out to scare women into submitting to all sorts of rules. It's used to control our sexuality (if you agree to one sex act with a man, courts will probably find you had no right to decline others). It's used to control our clothing choices. It's used to keep us in at night, and to limit our socializing. And it's used, on occasion, to silence us.

Right now, the atheist/skeptic community is an uproar because some misogynist skeptics are really intent on driving out anyone who want to eradicate rape culture from their spaces. This pushback isn't surprising. After all, someone's doing the sexual harassing. If you ban it, that makes it harder for them to engage in their favorite hobby of crossing women's boundaries and watching them put up with it because they don't have much recourse. Frustrated that the skeptic community at large is coming around to the position that it's important not to let harassers roam about freely without consequences, the big guns are being brought out to scare the feminists into submission. Anti-feminists are "joking" about raping feminists to silence us. It's unusual that they're actually using the word; most men who talk about raping women into submission frame it more softly, by employing words we should only use to describe consensual sex, such as "getting laid".

Some responses can be read here.

I know this shit is depressing, but take heart. You know you've got them on the ropes when they stop speaking in code and just come out with it. It's the verbal version of flipping on the lights and watching all the roaches scatter. The next phase, where they realize how bad they sound and start to come up with more sophisticated defenses of maintaining a culture where they can play ass-grab without any resistance, is much less fun, honestly.