Transparency: It's What's For A Bitter, Bitter Dinner 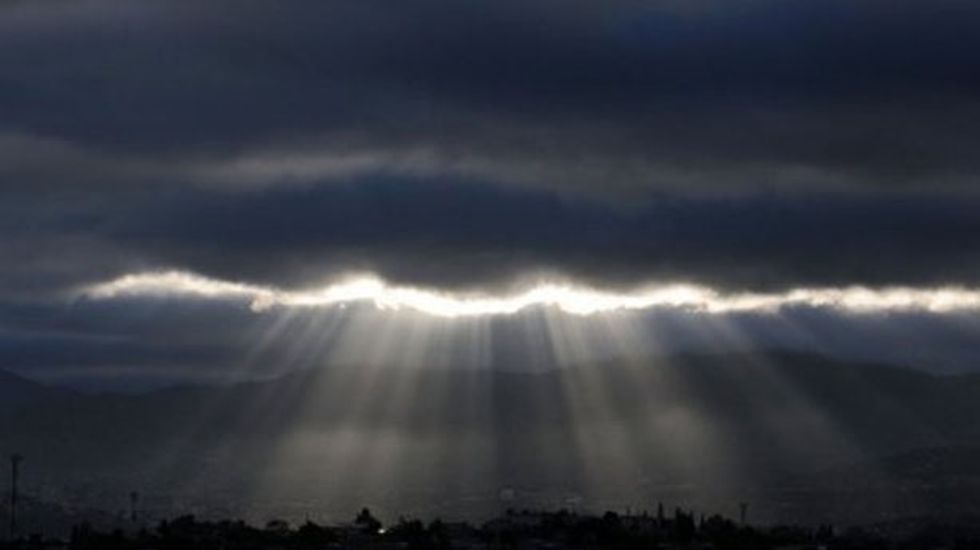 S.E. Cupp writes today that because transparency is not the end-all, be-all solution to problems, we should just end transparency altogether. Or something. I don't know. She's as sharp a thinker on this as she is on atheism, and I'm sure you all have followed her many sermons on that issue, including "God: Good For Something, Unless He's Not, But Let's Err On The Side Of Good Stuff" and "The Ineff...Ineff..The Spiritual And Whatnot".

You see, John Gravois wrote an extensive (and excellent) analysis of the Consumer Financial Protection Bureau's first year, and analogized the CFPB's mission to an issue the Federal Reserve once had:

For example: after the crash, mortgage brokers came under fire for taking special kickbacks called “yield-spread premiums” in return for guiding borrowers to loans with a higher interest rate but lower up-front costs—loans, in other words, that were more profitable for lenders. When the Federal Reserve performed some empirical tests to see whether the problem could be tackled with disclosure, the results were unexpectedly fascinating. When brokers were required to disclose how much money they were getting out of a yield-spread premium, the Fed found that consumers simply didn’t understand what they were being told. And in a different test, when brokers were required simply to explain in the abstract that they were working in their own interest and not the borrower’s, something strange and utterly human happened: borrowers trusted them more for being honest, still without really understanding what was going on. And so the Fed decided that disclosure was not going to work. It banned the yield-spread premium altogether. Down the road, the consumer bureau is bound to make similar calls of its own; as the financial industry surely knows, given their full-court war on the CFPB, some of their practices are not long for this world.

Short version: people are inclined to trust the professionals in front of them, and when a scheme becomes sufficiently complex, the average person is simply not going to understand it even when informed of its existence - in no small part because the scheme isn't meant to be understood. The solution, in this case, was to simply ban the practice altogether, because of the extreme unlikelihood that a consumer would be able to make an informed decision about this practice. In other words, big government to the rescue!

Somehow, that anecdote leads to Cupp concluding that, because disclosure was ineffective in that case, disclosure itself is the problem, and so, somehow:

Ultimately, voters, consumers, patients and borrowers will still have to get a lot more proactive and better educated about the big decisions they make. If we’re being cheated on, maybe we shouldn’t just wait to be told about it.

So, here's the new plan: disclosure doesn't always work because sometimes people don't understand what they're seeing; the obvious solution is to just stop requiring any disclosure to anyone (even government regulators), and just make people be responsible for knowing the things they aren't being told and acting accordingly. By, like, passing citizen laws (they're like citizens' arrests, but less likely to land you in jail for assault and more likely to end up on a Tumblr nobody reads).
Technically, Cupp made an argument for drastically more interventionist government - figure out if disclosure actually works to prevent dishonest practices; if not, ban the dishonest practice! It would be a shockingly refreshing endorsement of meaningful consumer protection, except that at some point hackish tendencies must win out. You, friend, must decide on the basis of information purposefully obscured from your frame of reference whether you're being cheated, and then act accordingly, even if everyone's cheating you. And if you don't, well, tough shit. Should've gotten more information.
Report typos and corrections to: corrections@rawstory.com.
Like this article ? Text `Support` to 50123 to donate.
READ COMMENTS - JOIN THE DISCUSSION