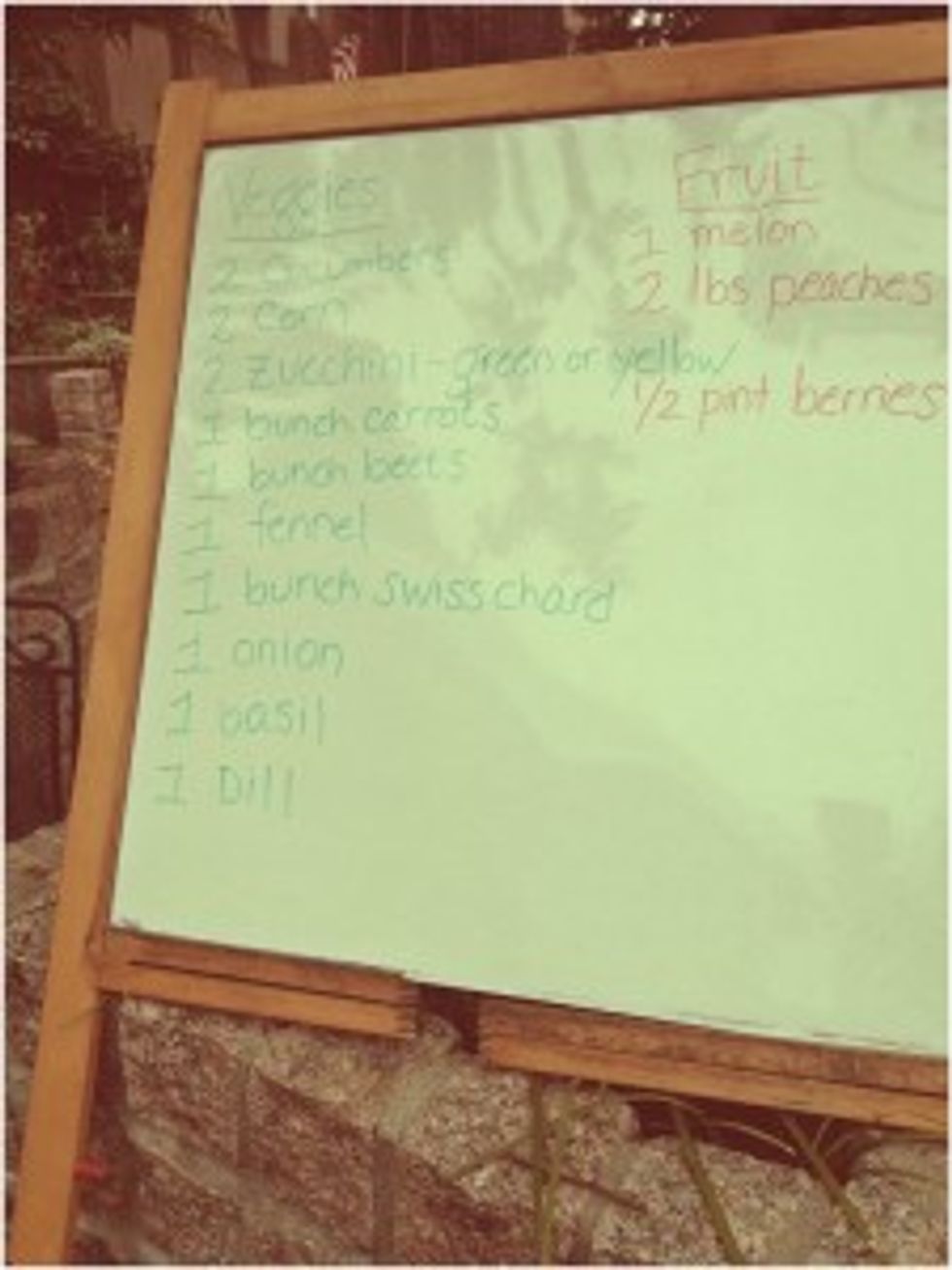 I am so sorry that I've been AWOL on these posts for three weeks. Between travel and various other sucks on my time, I just didn't really have the time to do it. But I have been keeping track of my cooking with CSA ingredients! So here's a backlog of the past three weeks. Blueberries are now over and we're moving firmly into melon territory. However, I don't have a lot of melon recipes on here, because Marc just doesn't like melon for whatever reason. So I cut them up and just eat them bit by bit as afternoon snacks, which is far healthier than going to go get an Italian ice, which is a fallback snack strategy of mine.

I had a little leftover honeydew in the fridge and this new melon and cucumber from the CSA, so I forged ahead and made this delicious melon/tomato/cucumber salad recipe, but instead of mint, I used the dill from the CSA. So it was a bit of a gamble, but we both loved it and ate it up.

I had some cooked chickpeas on hand, so I cooked them up simply, with the chard, garlic, onion, thyme from my herb garden, salt and pepper, and a little white wine.

Used this recipe for Israeli couscous with tomatoes and cucumber for the general idea, but took out the parsley and mint to be replaced with basil, because I have a ton of that and more growing all the time. Also, basil is the point of summer, isn’t it?

Cut the corn off the cob and made this simple creamed corn with it. One thing with using the freshest ingredients is that sometimes exact measurements are just not going to happen. It’s really helpful learning how to eyeball this stuff, but if you’re not there yet, you can learn by using simple algebra to reduce or expand the recipes and needed. Then pay attention to what it looks like, and eventually you can skip the measuring for every single recipe. 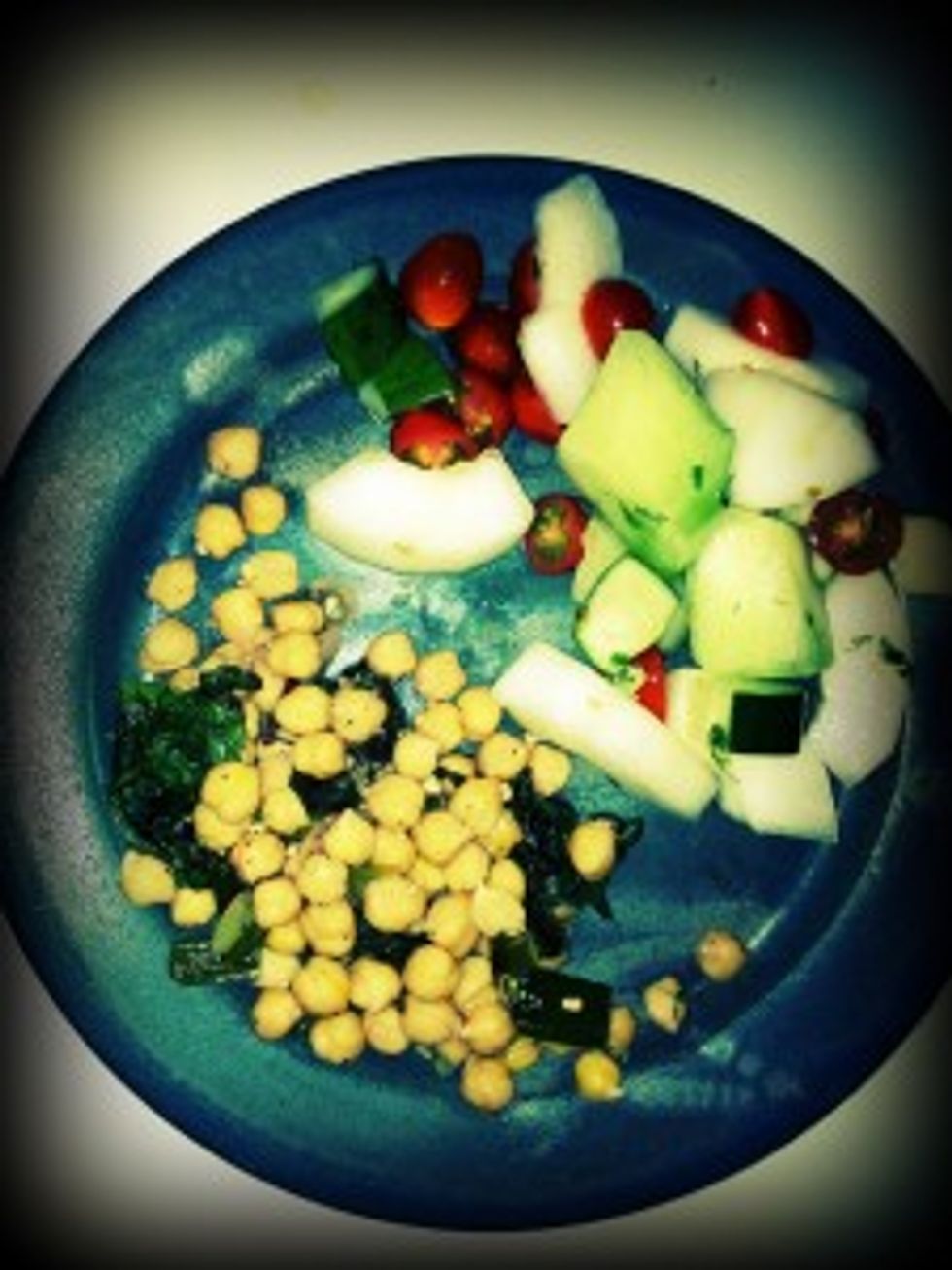 Cheese sandwiches with basil from the garden and Jersey tomatoes. Because it’s hard to mess with perfection.

I didn’t really use a recipe, but what’s great about soup is you can just cobble what’s in the fridge together. I took the zucchinis and carrots and put in a bunch of cilantro I had in the fridge in with an onion, some garlic, and cumin. Cooked it with veggie broth and pureed it.

Served it all with a salad.

I was overwhelmed with peaches that were getting a little wrinkly, so I took this banana bread recipe and replaced it with peaches I chopped up in the mini-chopper. Don’t forget to remove the pits before doing this.

I used the cilantro to make my own salsa again, with onions and tomatoes.

I took the potatos and chard and cooked it with onion, pinto beans, and garlic. Flavored it with Goya packets and beer. Served it with the salsa and the peach bread on the side. A simple, but tasty meal. 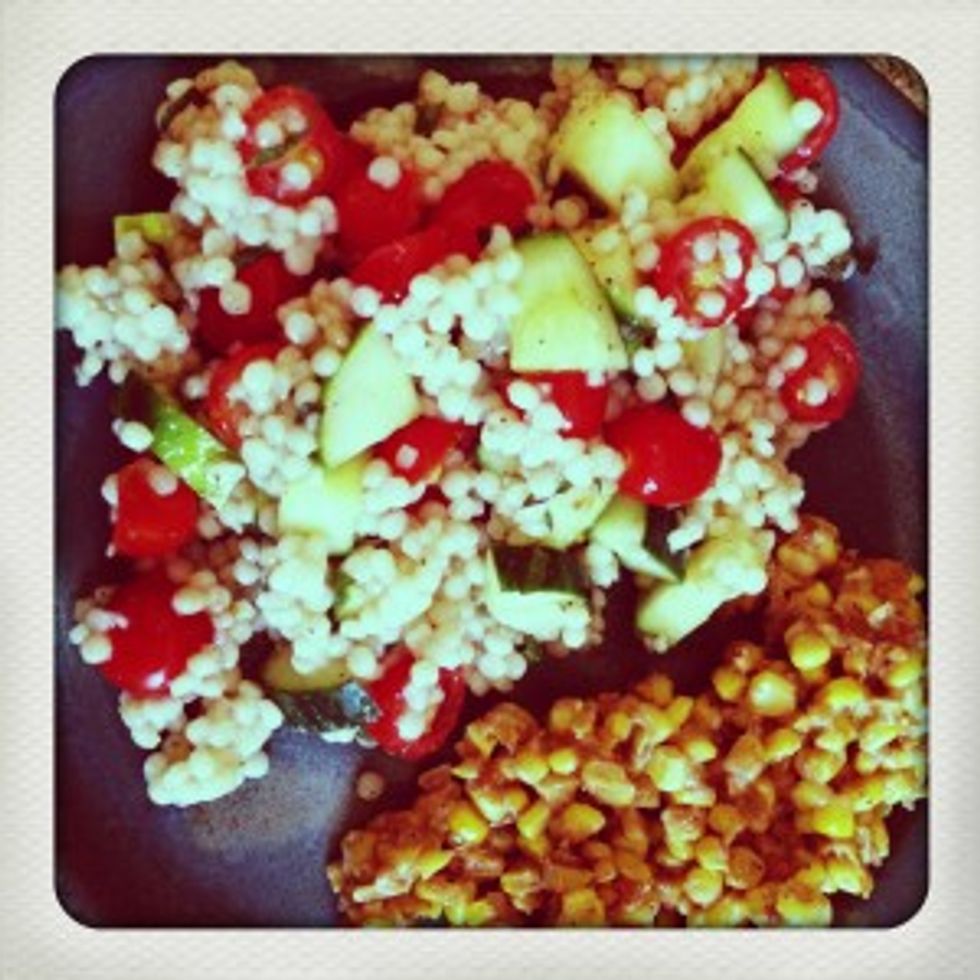 The CSA gave us a ton of tomatoes, but as I was traveling, they were getting minor spots by the time I got around to cooking them. So they all had to be used at once. So I threw together a salad with cooked chickpeas, salt, pepper, basil, tomatoes, balsamic vinegar, and a bit of lemon juice.

I took the rest of the tomatoes, cut the bad spots off, and made this tomato-and-squash gratin. I used shredded mozzarella instead of gruyere, because it’s what I had on hand and it seemed it would hold the whole mess together better.

For the bread portion, I made cornbread, which I love because it goes with everything, is healthy, and is insanely easy to make. I made it into muffins.

We had some grape tomatoes and like a ton of corn, so I made this delicious caprese corn salad from Simply Recipes. Right now, I’m using basil like it’s going out of style because my plant is enormous and sprouting new branches by the minute.

Using this as inspiration, I made a mix of eggplant, peppers, some tomato paste, onion, and garlic. I threw in some parsley and 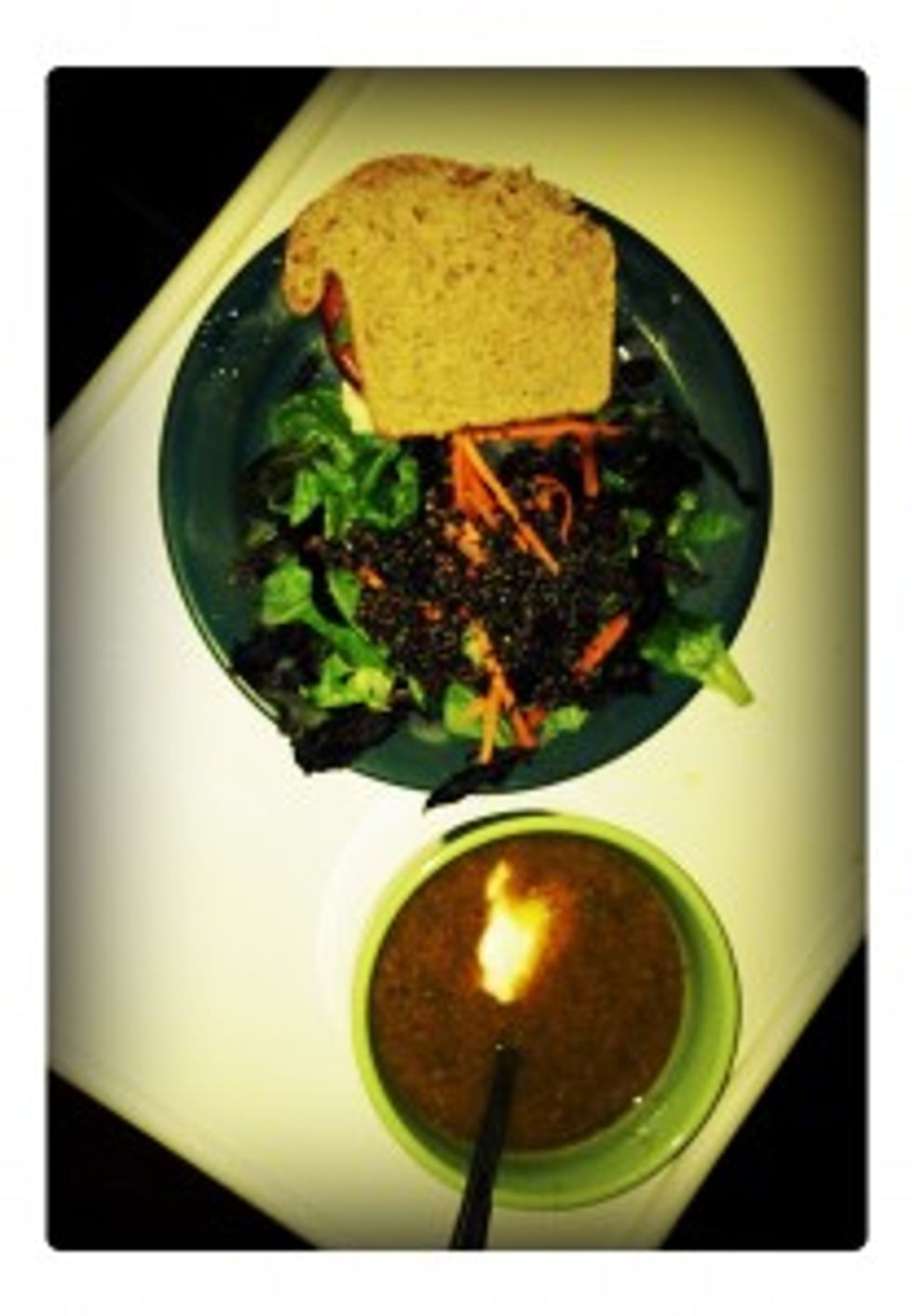 oregano from the garden, because I can. Then I crumbled some tempeh in it. I used veggie broth to liquefy all this, and added some chili powder, too.  Served it as wraps.