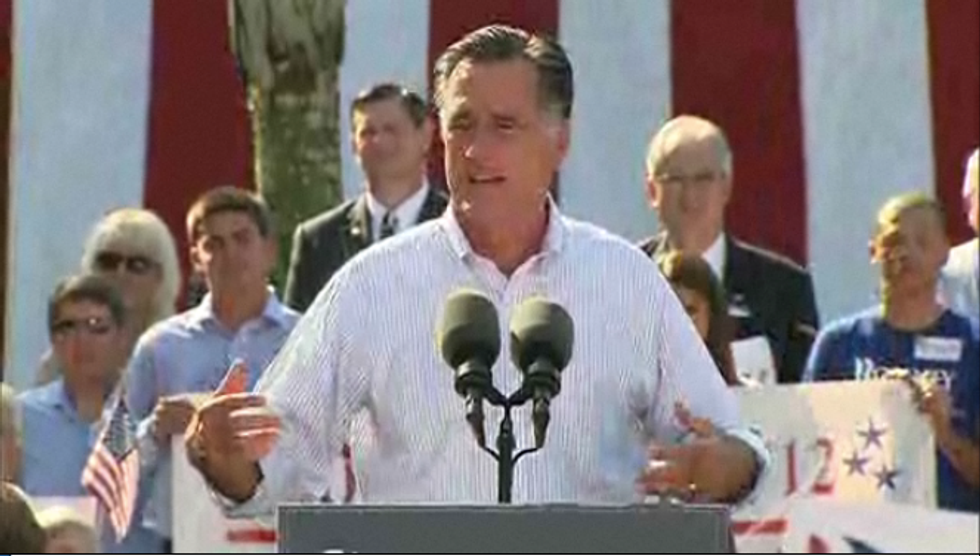 Gawker, of all publications, has obtained 950 pages of documents that spell out the Byzantine holdings and corporate shells that Mitt Romney uses to avoid having to pay a fair tax rate on his obscene amounts of wealth. They've published the documents and briefly described them, but there's a lot more analysis to come after the lawyers look over it. So far, the big reveal is that Romney is a dedicated tax-dodger, willing to use every trick in the book to avoid paying what he owes to a country that has given him so much. Regardless of the legality of it all, the immorality matters.

I can already feel the yawns from many in the press. "Tell us something we don't know," will inevitably be the reaction. But it shouldn't be. Because the fact of the matter is it's one thing to suspect something, but another thing to know it. Journalists and activists tend to draw our judgments of candidates based on our suspicions, and for good reason. We've put a lot of hours into this and we're good at making educated guesses. But, in my experience at least, the average voter---especially an undecided voter---really puts a strong emphasis on wanting to be fair. They won't want to pass judgment on Romney without the evidence. So evidence actually does matter for helping them to decide who to vote for.

Whether or not a scandal or revelation or even a bad photograph of a candidate matters depends on whether or not it confirms voters' worst fears about you. That's why some politicians can walk away from a sex scandal unscathed and others are destroyed. Clinton's polling went up during the Lewinsky scandal, because it only confirmed the public's sense that he's a smart man who just happens to have a weakness for the ladies. He has a lovable rogue air to him, a bit like Warren Beatty. (But without the sexy, because politicians aren't sexy.) But John Edwards only confirmed the public's suspicion that he's a glib asshat. Context matters.

So, what's the worst aspect of Romney's character? What does he know he has to run away from, even though he continually fails to do so? Simple: the perception that he's a rich asshat who thinks he's too good for the little people he deigns to rule. That he thinks so little of us that he demands the right to be our leader without giving anything in return.

These documents prove it. He's already falling behind Obama in the polls, though not by much. If this document drop stays at the top of the headlines long enough, it could really start to stick in the public imagination. Doubly so if he's asked about it during a debate, because the chance that he's not going to react like a pompous ass is really low. My one hope is Gawker really drags this shit out. It's their style, so I have my fingers crossed that they can get exciting! new! revelations! on the nightly news for weeks to come.