Guess Romney Can Only Get 4% of the Vote 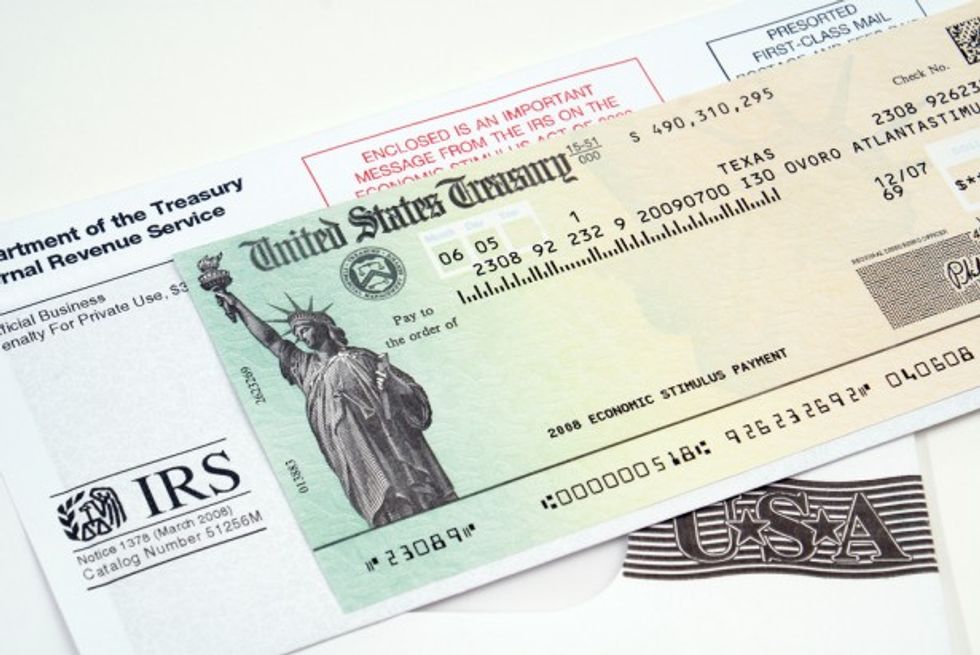 Romney did more than accuse the 47% of Americans who didn't pay federal income taxes last year---most of whom have or will eventually pay income taxes, and most who paid payroll taxes to reach a higher effective tax rate than Romney paid that year---of being moochers who will never take responsibility for themselves. He also, if you'll recall, rolled up anyone who has ever received federal financial assistance of any kind into the group of that Paul Ryan likes to call "takers" who supposedly mooch off the "makers". Well, Suzanne Mettler and John Sides, writing for the New York Times, revealed Monday that the "taker" category amounts to 96% of Americans. Most of the other 4% eventually will, but are too young yet to qualify. And let's face it, most of them are Obama voters, so really, giving Romney 4% of the vote by his own measure may be too generous. For what it's worth, these aren't the kind of generalized programs, like federal highways, that everyone uses that we're talking about either. These are programs that directly benefit your household's bottom line, a direct federal subsidy to you.

Of course, as we all know,  the problem is that a lot of people who receive federal assistance do this little dance where they convince themselves that they're special snowflakes and not at all like those other people who get it, who are lazy mooches. Part of the rationalization process is straight up racism, where white people imagine that they use federal assistance for a little boost, but imagine that non-white people sit around eating bon bons while cashing welfare checks. But the other part of it is a lot of federal benefits are disguised so they don't match to the public's image of what a federal benefit looks like, thus allowing them to convince themselves they don't receive them:

On average, people reported that they had used five social policies at some point in their lives. An individual typically had received two direct social benefits in the form of checks, goods or services paid for by government, like Social Security or unemployment insurance. Most had also benefited from three policies in which government’s role was “submerged,” meaning that it was channeled through the tax code or private organizations, like the home mortgage-interest deduction and the tax-free status of the employer contribution to employees’ health insurance. The design of these policies camouflages the fact that they are social benefits, too, just like the direct benefits that help Americans pay for housing, health care, retirement and college.

The use of government social policies cuts across partisan divides. Some policies were used more often by members of one party or the other. Republicans were more likely to have used the G.I. Bill and Social Security retirement and survivors’ benefits, while more Democrats had taken advantage of Medicaid and unemployment insurance. Overall, 82 percent of Democrats and 64 percent of Republicans acknowledged receipt of at least one direct social benefit. More Republicans (92 percent) than Democrats (86 percent) had taken advantage of submerged policies. Once we take both types of policies into account, the seeming distinction between makers and takers vanishes: 97 percent of Republicans and 98 percent of Democrats report that they have used at least one government social policy.

This is the sort of study that can drive liberals a little mad. It should be simple. Publish the study, hold Republicans accountable to the facts, watch people who were previously ranting about "welfare queens" abashedly suck it up and vote for Obama upon learning that they, too, are a welfare queen. Instead, what we know is that every Republican has an excuse for what they're different, and when you start to dig into their excuses, the disgusting stench of bigotry will immediately start to rise up and embarrass everyone, which often causes liberals to change the subject rather than continue to cringe at how mean-spirited and ugly some of our fellow Americans are. But really, we need to stick with it. For the sake of, well, apparently 96% of Americans.