What Chris Brown's Tattoo Tells Us About Violence Against Women 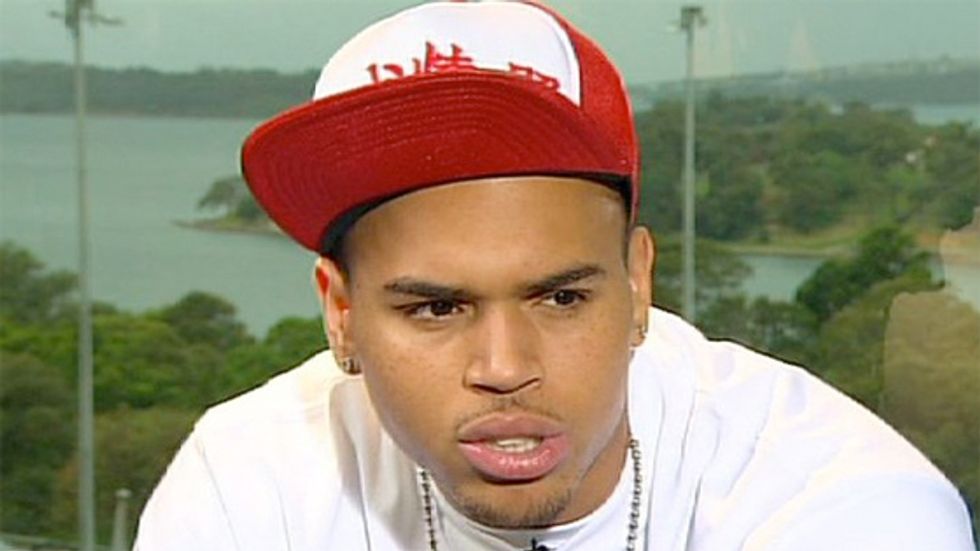 So, Chris Brown got what is quite obviously a tattoo of a woman who has been battered in basically the same way as he battered Rihanna. This isn't up for dispute, but of course it's being disputed. As much as I wish I could say I'm surprised, I'm not. This is very typical of how batterers, rapists, and other men on a dominance trip over women tend to act. They want to brag, but they also don't want to be caught out openly advocating for violence against women. So they test boundaries, see how much they can get away with. They tell their stories, but tweak the details, claiming there was consent when there wasn't or that it was murkier than it was. They talk about getting one over on the bitch, but they don't use the word "rape".  As we saw on this blog recently, they brag about sexually harassing women, but feign ignorance and pretend they didn't see the women's awkward attempts to escape without making a scene. And they depend on others to make excuses for them, to say they didn't mean it that way or to claim that maybe they really don't know what they're doing or claim that they just lost their temper or that it's just a joke.

So we're seeing that now, with people scrambling to claim that Brown's tattoo is somehow not what it seems. But it is what it seems. 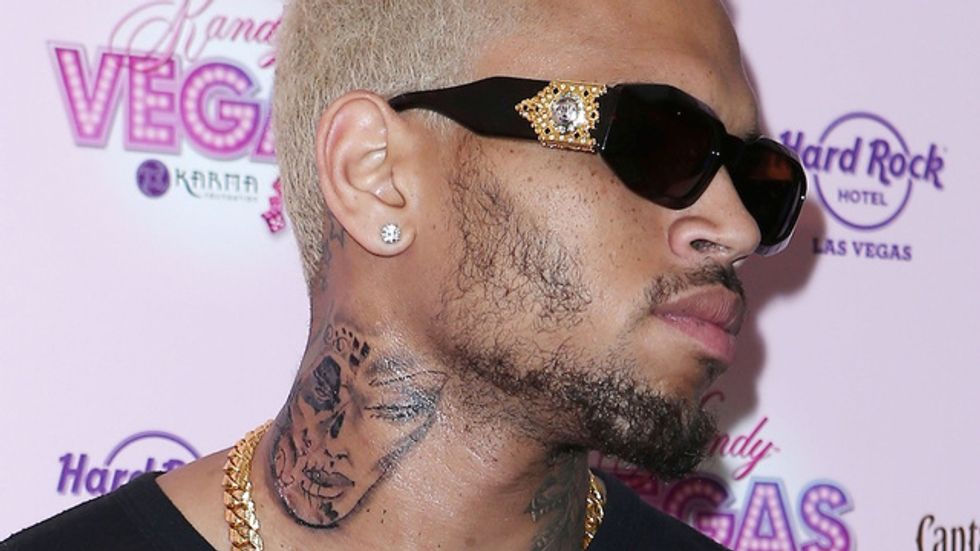 This is not surprising. There's a myth that men who beat and rape women just "lose control" and that after they act out, they sit around stewing in shame. That is because this is what these men tell people they are trying to ingratiate themselves with, in order to gain their acceptance and forgiveness. But inside, as many victims who have seen their true face can tell you, they are defiant. They believe they are entitled to dominate women, and they feel victimized by a world that doesn't give them what they believe is theirs. They act out, looking for little ways to assert the right to dominate they believe is theirs.

Watch Pat Robertson, for instance, in this video where he plays around with the idea that what a "rebellious" woman needs is a good, old-fashioned smackdown.

His glee is so evident. He's talking back to those "PC" police that won't let him say what he thinks, that women should be beat down, though he then basically goes ahead to say it. This is the narrative that dominates so-called "men's rights activist" forums, this notion that they are the victims, because of a perceived loss of the "right" to dominate women, with violence if so desired.

It's not so hard to understand, is it? When you have a belief that is outside of the mainstream, the reaction is rarely shame, but a defiant desire to rub people's faces in it and tell them to fuck off with their their objections. I have plenty, dare I say daily, moments when I want to grab a bullhorn and say, "There is no god, marriage is a silly institution, and 'The Avengers' was okay but hardly the greatest thing that ever happened." Keeping unpopular beliefs to yourself is stressful. Tipping over a sacred cow feels good.

Of course, the difference is that my unpopular beliefs by and large don't hurt anyone, outside of butthurt at having sacred cows tipped. But the belief that male dominance is wrong and that using violence to enforce it is evil is not a "sacred cow", but just the fucking truth.

Still, it's important to understand where guys like Chris Brown are coming from, because to understand it means you're better at fighting it. Men who beat and rape women want to feel powerful. They want to feel manly. And because hitting women and raping women makes them feel these things, they want to brag about it. Indeed, telling others about it and watching them recoil basically means reliving the power trip all over again. Not only did they dominate the victim, but they have provoked anger and disgust in you, and that makes them feel powerful all over again. A tattoo commemorating beating down your girlfriend is a trophy. I suspect a lot more batterers wish they could get such a trophy, but they don't have the same social support that a rich and famous man like Brown has, so they have to curtail their bragging quite a bit.

With that, I'll turn this away from the single data point of Chris Brown, and turn you over to a researcher who has interviewed many rapists, who have similar motivations as batterers, David Lisak:

It might seem like it would be hard for a researcher to get these men to admit to something that fits the definition of rape. But Lisak says it's not. "They are very forthcoming," he says. "In fact, they are eager to talk about their experiences. They're quite narcissistic as a group — the offenders — and they view this as an opportunity, essentially, to brag."

They want to brag. Chris Brown wants to brag. They will brag as much as they can get away with, and when you make excuses for them or minimize their behavior, you're giving them parameters within which they can brag. Tell them consent is confusing, and they'll talk about how they had sex with that woman and uh, only realized halfway through that she wasn't into it. (In reality, they always knew.) Tell them everyone loses their temper sometimes, and their story of hitting their wife will be shaped into that form. Or, if you tell them---as many Chris Brown fans have---that it's all the victim's fault and you love him no matter want, well, apparently they'll get a tattoo that rubs your face in their crime.