George Zimmerman Shouldn't Have Had A Gun 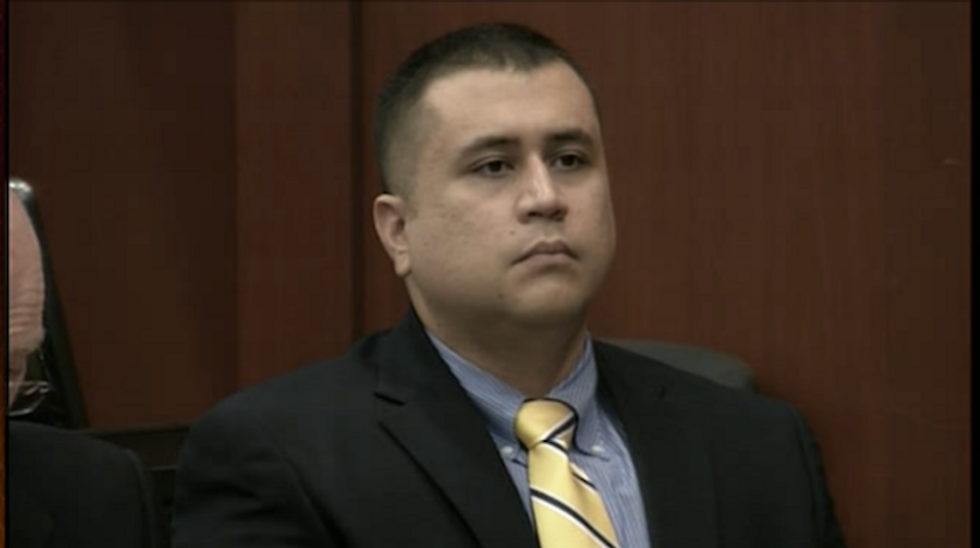 It's hard for me to post on the outcome of the George Zimmerman trial without just repeating what everyone else has said about racism, our screwed up court systems, the lack of regard for the lives of young black men. Absent racism, there would be no debate over who is the "thug" in this situation. We wouldn't have to know anything about the backgrounds of Zimmerman or Trayvon Martin to know that the "thug" is the guy who chases an innocent teenager down and provokes a fight with him for the hell of it, and then uses that as a pretext to murder him---and not the teenager who was only out to buy candy to eat while watching the game. But we do know more about the victim and his killer, and every step of the way, it's become clear that Zimmerman is the violent thug, and he and his meathead family are a bunch of simmering rage machines that have built up paranoid visions of the world to justify being hateful and, in Zimmerman's case for sure, violent.

And that's what I keep coming back to: With Zimmerman's history of violence, the fact that he had access to a gun and a right to concealed carry in the first place is beyond the pale. The gun industry knows that violent, paranoid people are a steady source of profits for them, and therefore they have lobbied hard to make sure that said people can continue to give them money without being impeded. If the Florida government wasn't in the thrall of gun manufacturers' remorseless pursuit of profits over human life, Trayvon Martin would be alive today. Here is some of Zimmerman's past that has been covered up in the racist bloviating from wingnuts over this case:

In July 2005, he was arrested for“resisting officer with violence.” The neighborhood watch volunteer who wanted to be a cop got into a scuffle with cops who were questioning a friend for alleged underage drinking. The charges were reduced and then waived after he entered an alcohol education program. Then in August 2005, Zimmerman’s former fiance sought a restraining order against him because of domestic violence. Zimmerman sought a restraining order against her in return. Both were granted. Meanwhile, over the course of eight years, Zimmerman made at least 46 calls to the Sanford (Fla.) Police Department reporting suspicious activity involving black males.

Under common sense gun regulation, Zimmerman would have permanently lost his right to concealed carry when he assaulted a cop. If not then, then when the state granted a restraining order. (His retaliatory restraining order is further evidence of his paranoid mind set that should be taken into consideration when evaluating this case.) If a case is serious enough that the state can force you into an alcohol education program, then it should be serious enough to take your gun away from you. If, as the gun lobby claims, they are only protecting the rights of responsible gun owners, people who have a colorful history of irresponsibility should absolutely not have the right to own guns.

What makes all this even more unsettling is that you look at this history, and you see a man who is being told, over and over again, that he gets to be a violent asshole and no one will do anything to stop him. They'll even make sure that he's free to strap a gun on again and pretend that he's roaming around in a war zone. The odds that a man like this will retire from a career of violence quietly are pretty low. Let's just hope that if he assaults or, god forbid, kills again, the heightened attention will make it much harder for him to get away with it next time.