We Can't Behave Ourselves Around You, So You Have To Go 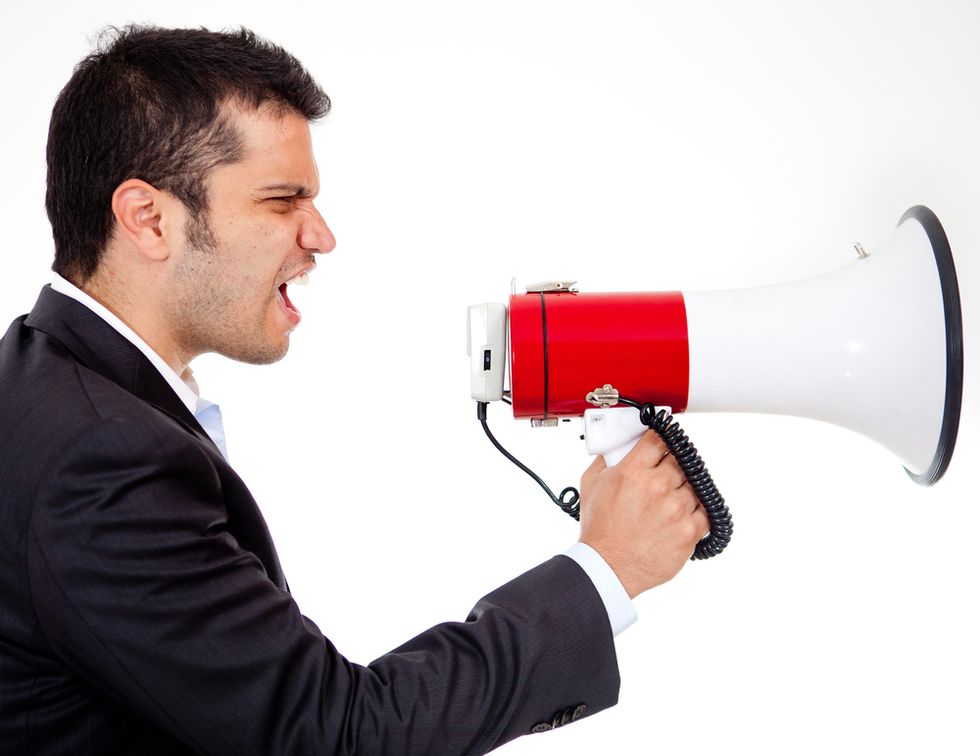 "The screaming will end if you just agree to give up your rights" is not a legit argument.

Via Jezebel, it appears anti-choicers in Witchita have come up with what they no doubt believe is a clever attempt to rules-lawyer the clinic that's opened where the murdered Dr. Tiller's clinic used to be: Argue that because they can't contain themselves around the clinic, the clinic has to go.

Several anti-abortion groups on Tuesday will renew their call for the Wichita City Council to rezone the eastside neighborhood at Kellogg and Bleckley so abortions can’t be performed at a longtime women’s clinic there.

Representatives from Kansans for Life, Operation Rescue, Word of Life Church and the Kansas Coalition for Life want to prevent the South Wind Women’s Center from performing abortions at the site of George Tiller’s former clinic at 5107 E. Kellogg Drive.

In a Monday afternoon news release, the groups cited several gun incidents at the site during Tiller’s years at the clinic, the unwillingness of South Wind’s security to communicate with them to “defuse violence” before it occurs and the antagonism of South Wind escorts toward anti-abortion demonstrators.

In addition, the groups say it is inappropriate for schoolchildren to see the protests and graphic signs associated with a clinic performing abortions.

It's funny how the same arguments crop up in our sexist culture again and again, isn't it? This is the "she was asking for it by wearing a short skirt" argument, with a side dose of the whining you hear from harassers who feel their targets are obliged to listen to their horseshit. Conservatives sure like to go on and on about "personal responsibility", but anti-choicers can't even exhibit the bare minimum of personal responsibility here. If protests are disruptive, stop protesting. If violence is scary, stop bringing guns and threatening clinic workers. Walking up to someone and hitting them and then whining that it's their fault for making you want to hit them by standing there is beneath your average 5-year-old, but it's the logic being employed here.

The entitlement here is staggering. This is no different than egging someone's house because you don't like them, and then demanding that the city force them to relocate, arguing that the egg all over their house is gross. It isn't too surprising, considering this is Wichita, however---anti-choicers there have basically been gloating about removing abortion access through murder, and once you've sunk that low, your levels of entitlement are completely off the charts.

In a sense, however, this is always the underlying logic of running a harassment campaign: That you don't have to be held to the standards of argument and proof that are expected of say, your opponents, but you get to do whatever it takes to shut them up or make them go away. This is even if they are minding their own business and not messing with you in the slightest. The clinic workers aren't going to anti-choicers houses and yelling at them, after all. If the antis didn't bother them, they wouldn't think about them at all.

What's happening here is that the anti-choicers spend all their time hanging out with each other and reinforcing the opinion that the clinic doesn't deserve to exist and that any tactic used to take it down is acceptable, and with that kind of group dynamic, they completely forget how idiotic they sound to come out and say, "This clinic has to go because the temptation to picket it and threaten its workers for violence is more than we can bear."  It's worth mulling this over, because this attitude---that the harassers are entitled to run someone off the internet for, say, making a series of videos about video games---tends to get blamed on the tech a lot, because forums and and other online gathering spaces create an echo chamber where the idea that you get to force someone out of business (rather than say, simply stop visiting their site/following their Twitter feed if you find them so provocative) stops sounding like the overly entitled idiocy that it is, and starts to seem nearly sensible. But as this example shows, that kind of thinking can kind of sprout up anywhere, and it's usually less about the "echo chamber" than an outgrowth of their arguments being unable to persuade, forcing them to embrace immoral tactics to win, because they can't do it fairly.

It's always worth remembering when dealing with anti-choice harassers: They are making a choice. They try to distract and hand wave and victim-blame, but if they are obnoxious and violent people---which the Wichita groups freely admit they are---that is their fault. They could choose, if they wanted to, to not obsess angrily about women exercising their rights and get a hobby. They don't choose to, and they should be adults and own that choice.