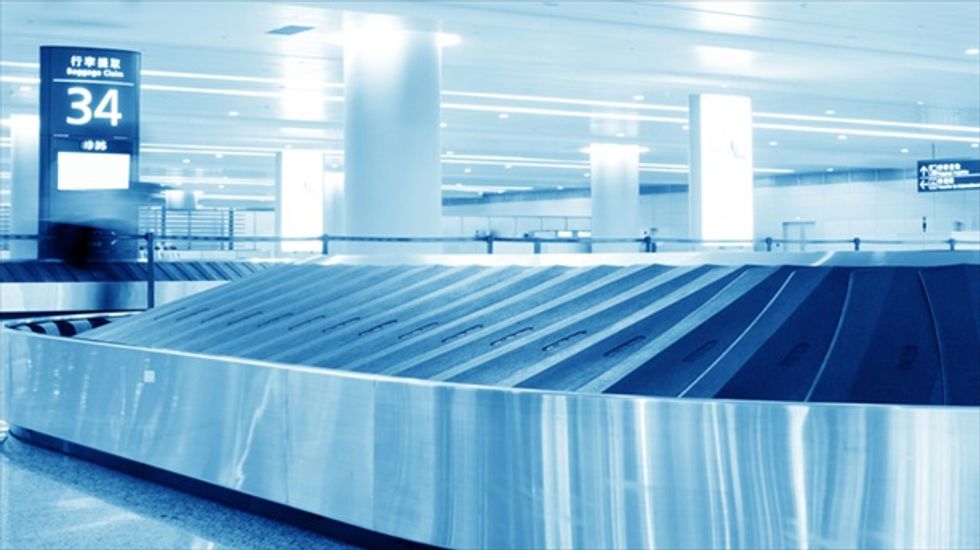 Spanish officials say mother placed baby carrier on belt, which was activated by weight, after family flew in from Gatwick

A five-month-old boy has been killed on a baggage carousel at a Spanish airport after his mother rested his baby carrier on the conveyor belt and it became trapped in the machine.

The weight of the baby carrier activated the special carousel for outsized luggage, carrying the infant off to the entrance of the bag drop, a Spanish police spokesman said.

The boy's American mother flew into Alicante-Elche airport at 11pm on Wednesday with her baby and another young child on an easyJet flight from Gatwick, London, sources at the airport said.

Her Canadian husband was waiting for the family in the arrivals zone when the incident happened at about 11.30 p.m.

"The mother apparently put him down on the conveyor belt when she went to reach for something," an airport security worker told the Atlas news agency.

The family were reportedly in Spain for a holiday in the nearby resort town of Denia on the Costa Blanca.

A Guardia Civil spokesman said: "We are still in the early stages of the investigation and looking at CCTV footage, but it seems that it was an accident.

"The mother left the baby on the conveyor belt, which can be activated by detecting weight or by an airport employee.

"It seems that the baby carrier's weight activated the belt and the child was trapped in the rollers in the drop zone."

Guardia Civil officers on duty at the airport alerted the emergency services.

Despite attempts to resuscitate the baby, he was pronounced dead by the airport's on-call doctor at the scene.

A postmortem examination was expected to take place later on Thursday or Friday.

The U.S. embassy in Madrid said it was aware of the incident but could not provide further information.