Bill Maher rages about mass shootings: 'We're not gonna do anything because both parties love guns' 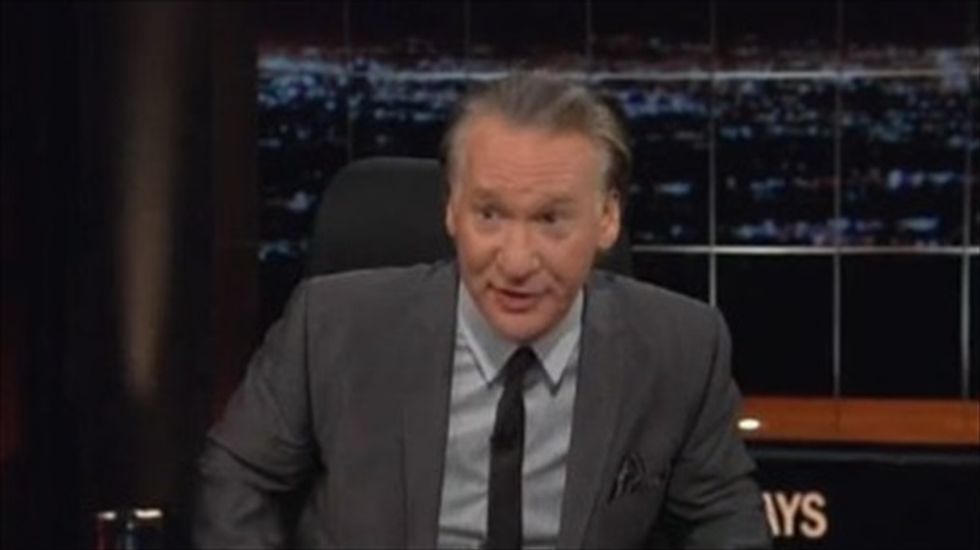 Bill Maher expressed his anger at having to talk about mass shootings on Real Time on Friday, agreeing with some conservative commentators that they should not be that heavily publicized.

Daily Beast contributing editor David Frum argued that real change on gun laws would be achieved by changing the public consciousness, though former Current TV host Joy Behar interjected that "the consciousness is there already," an allusion to overwhelming national support for expanded background checks for prospective gun owners.

Frum countered that people buy guns not to hunt, but to make themselves feel safer, only to often find they've achieved the opposite.

"People buy guns and discover that they've elevated the suicide risk inside their house," Frum argued, before referring to a study that showed gun owners were 43 times more likely to involved in a death in the family.

When MSNBC host Chris Hayes pointed out that gun sales in the U.S. are increasing despite a decline in the number of families buying guns, Maher revisited his argument, ripping the National Rifle Association -- or as he calls it, "the Assassins' Lobby" -- for capitalizing on discussions about gun violence.

"Their main thing is not even to protect gun owners -- it's to sell more guns," Maher said. "And what sells guns? Fear. And what helps that? Reporting on gun [incidents.]"

Watch the discussion, as posted on YouTube by "HD News" on Friday, below.