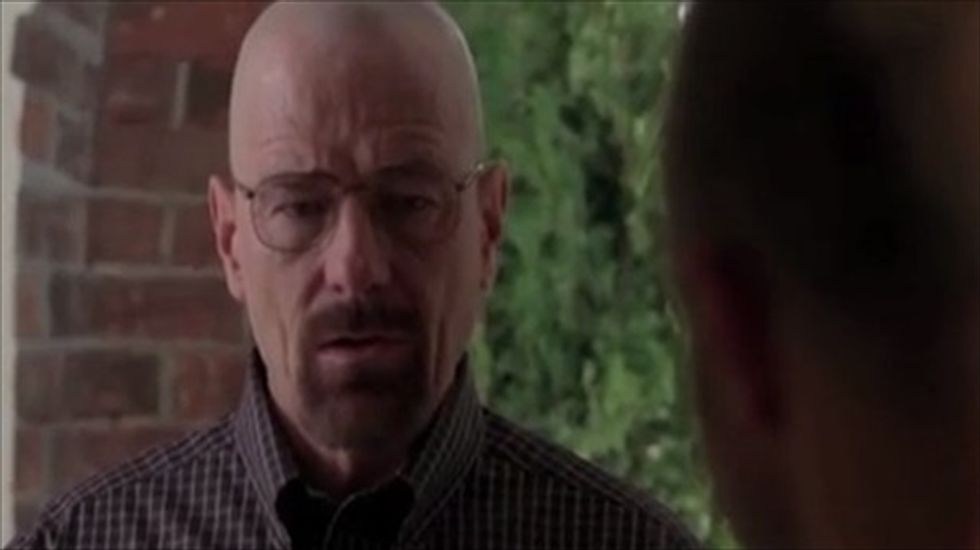 Sunday night's Breaking Bad finale was incredible. It was the first time my sympathy for Walter White outweighed my anger toward him. I teared up when I saw him talk to Skylar for the last time, look at his daughter for the last time and see his son for the last time. And I got really verklempt when Walt rescued his side-kick in distress, freeing Jesse from the clutches of the Aryan Brotherhood, by throwing him to the ground and protecting him the hail of bullets that would ultimately kill everyone except Jesse. How romantic! This is hardly the only scene that lends itself to a homoerotic reading of Breaking Bad. Ladies and gentleman, I present "Breaking Bad: A Tragic Gay Love Story."