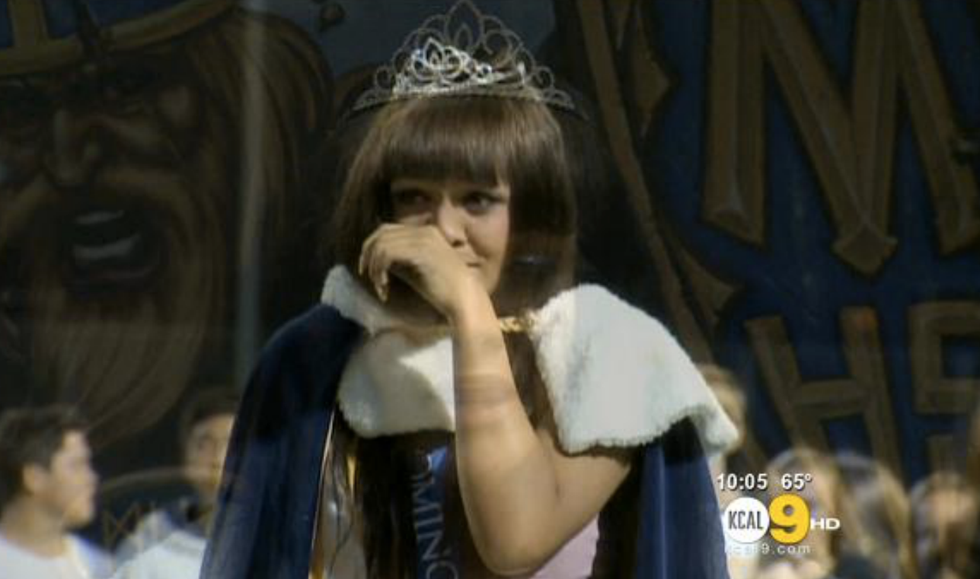 A California high school has elected a 16-year-old trans girl its 2013 homecoming queen. According to the Los Angeles Times, Cassidy Lynn Campbell won the title on Friday night at Marina High School in Huntington Beach.

Campbell told the Times that she entered her name for the honor to make a statement to the world and to other transgender teens.

"If I win it would mean that the school recognizes me as the gender I always felt I was," she said. "But with all the attention, I realized it's bigger than me. I'm doing this for the kids who can't be themselves."

"She was stunned. She kind of broke down on the podium," said Delapp to the Times. "She was shocked. She cried a lot."

Students chanted, "Cassidy! Cassidy!" as a group of her friends rushed the stage to wrap her in hugs.

"I was so proud to win, not just for me but for everyone out there," Cassidy told a scrum of reporters after the ceremony. "I think it really shows the progression of the times."

Watch video about this story, embedded below via CBS Los Angeles: