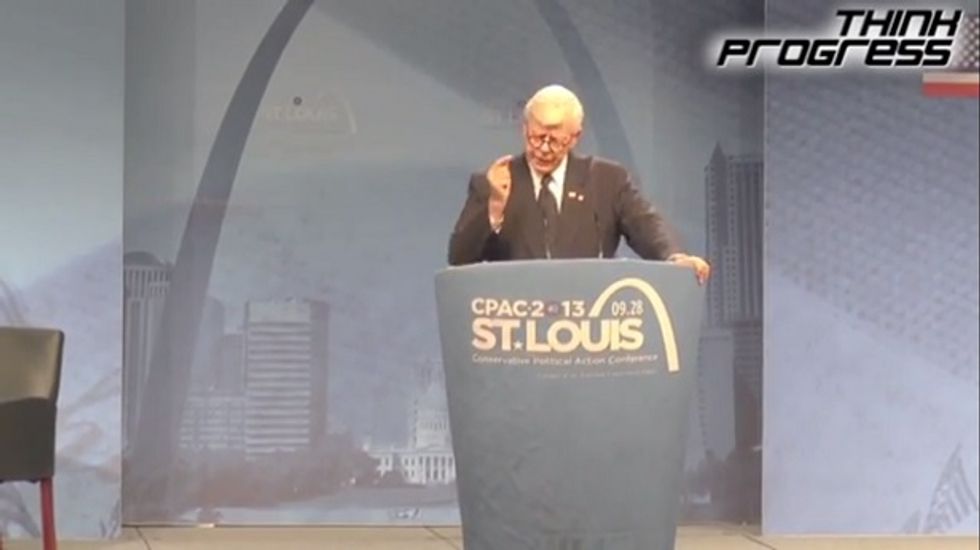 Think Progress captured video of conference-goers attending the Conservative Political Action Conference (CPAC) near St. Louis on Saturday as they cheered on a suggestion that President Obama going to hell after he leaves office.

In this latest outburst of conservative fervor at a CPAC conference, former National Rifle Association President David Keene’s speech elicited the unanticipated reaction when he said he didn't know where Obama would go after leaving office. An audience member shouted “Hell!” in response.

CPAC conferences have become notorious bastions of inappropriate and damaging conservative public reaction, such as the reaction to a white audience member defending slavery at the national conference in Washington D.C. in March, as he criticized blacks for failing to appreciate white treatment of slaves.

See the reaction in the CPAC hall below.