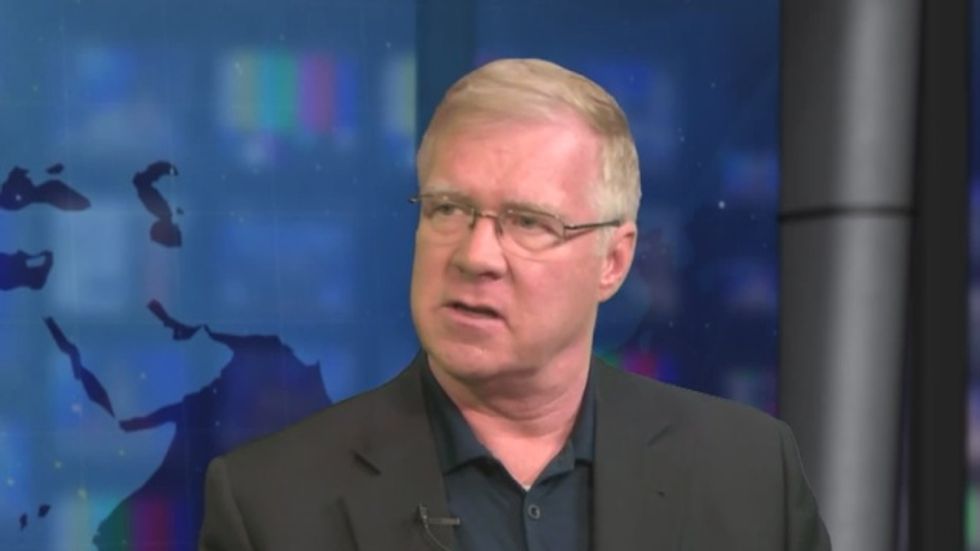 A Republican Colorado lawmaker on Tuesday asserted that the state's law permitting civil unions between people of the same sex was a "mind-control experiment" by Democrats to force voters "to believe in homosexual marriage."

In an interview on the Pray in Jesus Name Internet show, disgraced former Navy Chaplain Gordon James “Chaps” Klingenschmitt lamented to state Sen. Kent Lambert (R) that a Christian baker faced up to one year in jail if he continued to discriminate against LGBT couples.

Klingenschmitt said that the problems all started when Gov. John Hickenlooper (D) signed the civil unions law earlier this year.

"There are no waivers or provisions for any contrary thought, whether it's religion or people's expression of their own morality," Lambert explained. "It completely suppresses basically any ideas."

"It's a mind-control experiment by the majority party, the Democrats here in Colorado, to force everybody -- including children in schools, everything else -- under penalty of law to believe in homosexual marriage," he added.

"How can they control our thoughts?" Klingenschmitt wondered.

"We have long tradition in the United States, as you know, in the U.S military of conscientious objection of things like going to war and things like that," Lambert insisted. "This completely, in my opinion, tramples those rights. And it's specifically targeted against religious rights."

The lawmaker also said that he worried that giving transgender children bathroom rights meant "privacy will no longer be in effect in the United States."

"This is certainly Brave New World, the Aldous Huxley novel that Big Brother is here, he's alive and well and we're going to force you into the kind of agendas that some of the greatest dictators in world history have tried to press in the past," he declared.