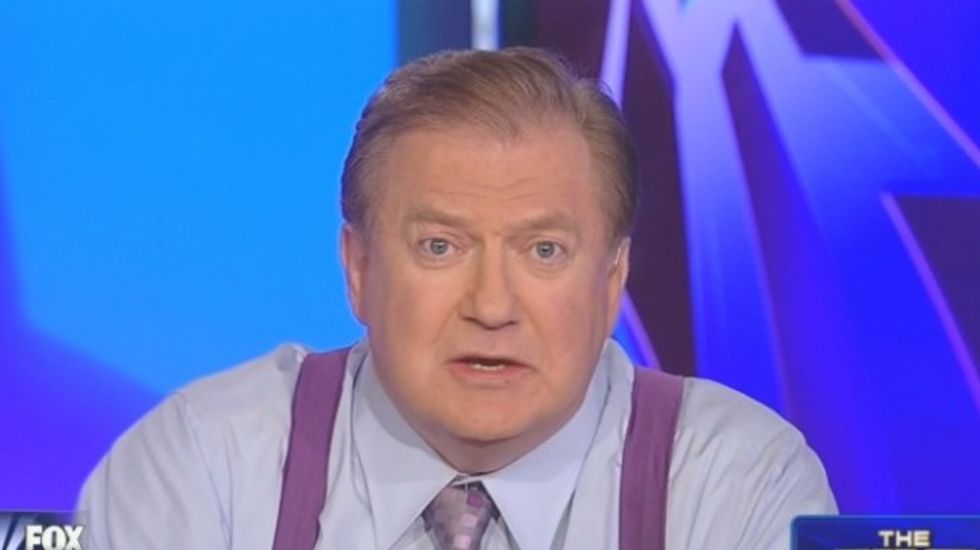 On Monday on Fox News' "The Five," ostensible liberal panelist Bob Beckel said that the United States should forbid the construction of any new Islamic mosques until "moderate" Muslims "stand up and denounce what's happened in the name of your prophet." Media Matters reported that if he had his way, Beckel would also refuse to let any more Muslim students into the country until such a pledge or apology were made.

The remarks came during a discussion of Saturday's attack on a mall in Nairobi, Kenya, in which Muslim al Shabaab gunmen attacked the mall and killed more than 60 people, resulting in a days-long siege that ended on Tuesday.

Co-host Eric Bolling said, "They say Islam is the religion of peace, but they have to start proving it. And they are not proving it anywhere."

"They are not the religion of peace," agreed Beckel. "Listen, if people who are supposedly peaceful, you moderate Muslims out there. Now listen, I know I have been on this thing for a long time, but the time has come for you stand up and say something."

He continued, "And I will repeat what I said before: No Muslim students coming here with visas. No more mosques being built here until you stand up and denounce what's happened in the name of your prophet. It is not what your prophet meant as soon as I know. I don't know his mother's name and I don't care. The point is, that the time has come for Muslims in this country and other people in the world to stand up and be counted, and if you can't, you're cowards."

Beckel, a former aide to Vice President Walter Mondale, has made these kinds of comments before. In July, he said that no new mosques should be build "until we find out who's a terrorist" among the U.S. Muslim population.

UPDATE: Linda Sarsour National Advocacy Director of the National Network of Arab Communities told Raw Story in an exclusive statement, "All national Muslim organizations including CAIR, MPAC and prominent Muslim-American leaders have denounced the violence in Kenya. Minnesota Islamic and Somali groups have also condemned the attacks. Just because Beckel and similar bigot cronies aren't listening, that's not our problem."

She went on, "Building religious organizations and institutions by any faith communities in the U.S. are not contingent on the acts of a few individuals."