Fun Is A Fundamental Human Right 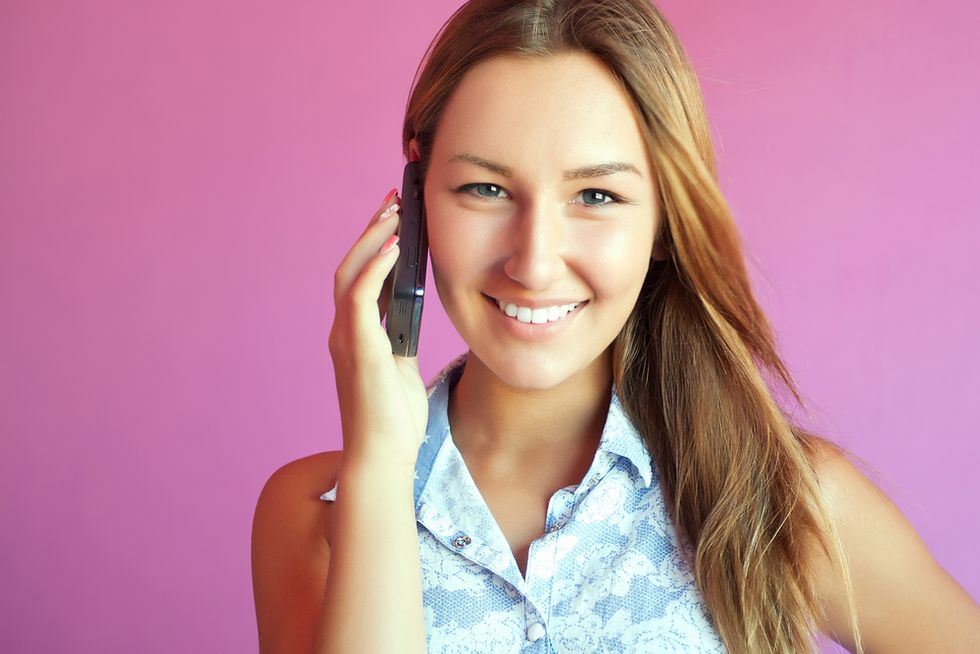 Smiling with a cell phone: Not just a stock photo, but a basic human right.

Thanks to Erik at LGM for pointing out this excellent NY Times op-ed by Manu Joseph criticizing the strained rhetoric that's often employed to justify attempts to get electricity, cell phones, and internet access to poor people in developing countries. As Joseph notes, there's a tendency to shy away from talking about these things in terms of the pleasure they give people, which ends up suggesting that anything that poor people do that isn't related strictly to survival and reproduction is somehow suspect:

Even Facebook, that great time suck of FarmVille, not farmers, seems to have suffered a head injury and is now imagining itself as Mother Teresa. Internet.org, the company’s recent push along with other companies to bring affordable access to the more than two-thirds of the world that is not yet online, has the grave tone of social reformation. Facebook’s founder, Mark Zuckerberg, said last month that the goal was to “create a backbone for many things, including access to information, access to information about health care, education, jobs and just so many good things.”

Too many people presume that what the poor want from the Internet are the crucial necessities of life. In reality, the enchantment of the Internet is that it’s a lot of fun. And fun, even in poor countries, is a profound human need. Quality of life is as much an assortment of happy frivolities as it is the bare essentials of survival. And India is a perpetual reminder that a lot of good — even the somber sociological stuff — can come from people setting out in pursuit of joy.

What the poor want from a technological revolution is probably best understood by watching the way they react to electricity. They do not crave electricity so they can keep newborns warm in incubators. They want it for the simple pleasure.

He goes on to point out that what people really want is TV sets so they can watch their shows and cell phones so they can gossip with friends and not just "curing a child of diarrhea". (The humor in this piece is so dry I had to drink some water after reading it.) It's all very true and awesome and funny, but it gets right at the heart of what is an ongoing problem in how the discourse around development and alleviating poverty is conducted.

To be clear, I actually believe the Mark Zuckerbergs and other people who are focused on these kinds of initiatives are thinking is that it is important for poor people to have fun, pleasure, and entertainment. Indeed, Bill and Melinda Gates have been thankfully getting bolder about framing their sexual health initiatives in terms of enhancing people's sexual pleasure. I doubt very much that any of them have any argument with Joseph whatsoever on this front. Instead, I think what we're seeing here is people who are speaking from a defensive crouch. As long as they frame their arguments in terms of what people need to survive, it becomes much harder for conservatives to attack them. I think they have no intention of reinforcing the idea that there's something suspect about poor people having fun, but just don't want to have to waste time arguing with people who do hold that belief.

So what's the harm? Well, the fundamental conflict here is between two views of what life "should" be like for poor people. To be blunt, the conservative view that the only things worth protecting are physical health and ability to reproduce suggests that conservatives see poor people as nothing more than a source of labor to create wealth for the beneficiaries of capitalism---that they live, work, and die so that other people, richer people, get to enjoy things like fun. But liberals tend to view these development issues as a matter of improving quality of life, and quality of life is dependent on being able to have fun. Indeed, it's so central that it really calls into question what the point of life is if you can't enjoy your brief time living. By their own actions, conservatives clearly believe that their own lives require fun to have meaning---it's not like they spend their free time sitting in a corner whipping themselves as opposed to, say, watching TV---but when it comes to other people, suddenly there's a tendency to quibble and fight over it.

That's why, for instance, there's all these ridiculous fights over contraception subsidies and classifying contraception as preventive medicine for insurance purposes, even though both policies save people money in the long run. At the end of the day, conservatives would rather back a more expensive policy than a cheaper one if the cheaper one gives its blessing to the idea that sexual pleasure is a normal part of life that low income women should get to enjoy. There's other examples---such as the endless bitching on the right that the poor dare to have TVs and refrigerators and phones---but this one sticks out because it's such a clear indicator of priorities. Low income people having non-procreative sex for fun suggests that they are people who have their own lives and own purposes and are more than simply machines churning out labor and more laborers for the wealthy people they work for. And that offends the right.

That's why Joseph's demand that liberals be more forthright about our belief that fun is a basic human right rings so true. If you're always dancing around it for fear of outraging a bunch of pissant right wingers, you're accidentally reinforcing the notion that pleasure is not a legitimate pursuit for people who fall below a certain economic class.

A better strategy: Framing efforts to increase the quality of life for lower income people in terms of previous efforts that are largely non-controversial today. The idea that the government should secure not just food and basic physical health for people, but also quality of life, is hardly a new one! Public parks, free broadcast television, free radio, museums that have a suggested donation, after school programs at public schools, and libraries: All these things are available because those who came before us believed very sincerely that some pleasures should be available to all, regardless of income. Often that belief is more theoretical than practical, but it exists nonetheless. Tap into that when arguing for expanded internet and phone access, and be a little less afraid to call out the people who prefer a grim existence for the poor for their cruelty.