Holder: Restrictive North Carolina voting law 'an intentional attempt to break a system that was working' 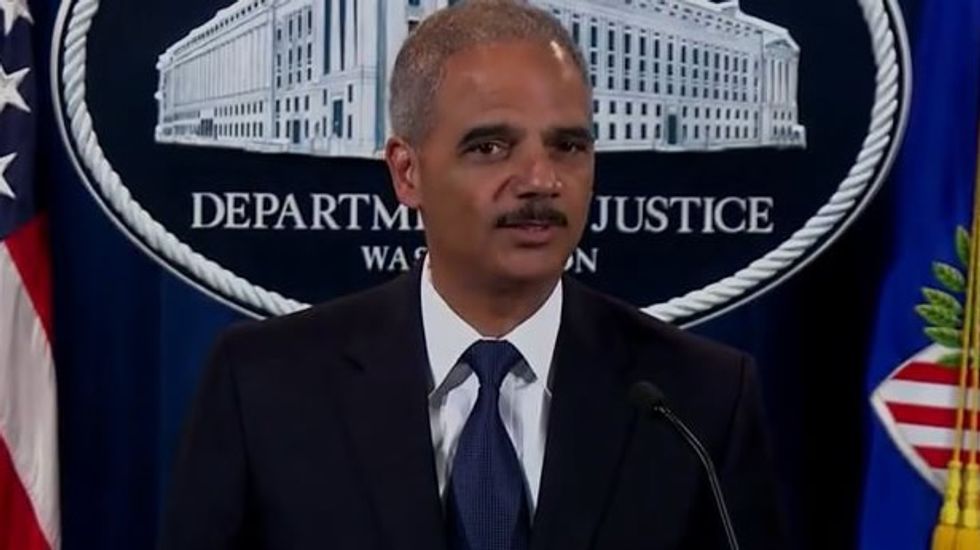 Attorney General Eric Holder announced today that the Justice Department will be filing suit against the State of North Carolina for its highly restrictive new voting regulations.

These regulations have been harshly criticized by many in North Carolina. "It is an outright attempt to manipulate voting and the result of voting through suppressing the African-American and the votes of others that expand the electorate in ways not often favorable to the support of a narrow and extreme political agenda," said North Carolina NAACP President Rev. William Barber after the law was signed.

Later that month, former Secretary of State Colin Powell told an audience that included North Carolina Governor Pat McCrory that "there is no voter fraud. How can it be widespread and undetected." Powell was responding to an editorial in which the governor had claimed that fraud was widespread, but undetected.

The Justice Department is particularly concerned with provisions that reduce the number of early voting days, eliminates same-day registration, imposes strict photographic identification requirements, and prohibits the counting of many provisional ballots.

"By restricting access and ease of voter participation," Holder said, "this new law would shrink, rather than expand, access to the franchise. And it is especially troubling that the law would significantly narrow the early voting window that enabled hundreds of thousands of North Carolinians, including a disproportionally large numbers of minority voters, to cast ballots during the last election cycle."

Holder went on to note that during the 2008 and 2012 general elections, the percentage of African-Americans voting rose significantly, and because of employment and transportation issues, almost 70 percent of these people voted early. The North Carolina law, passed days after the Supreme Court gutted the Voting Rights Act, represents "an aggressive step to curtail the voting rights of African Americans."

"This is an intentional attempt to break a system that was working," Holder said. "It defies common sense."

The usually reserved Holder continued: "Today’s action is about far more than unwarranted voter restrictions. It is about our democracy, and who we are as a nation. I stand here to announce this lawsuit more in sorrow than in anger. It pains me to see the voting rights of my fellow citizens negatively impacted by actions predicated on a rationale that is tenuous at best – and on concerns that we all know are not, in fact, real."

Watch the press conference below.