Maddow: House Republicans are 'a classical array of stunned and mystified' 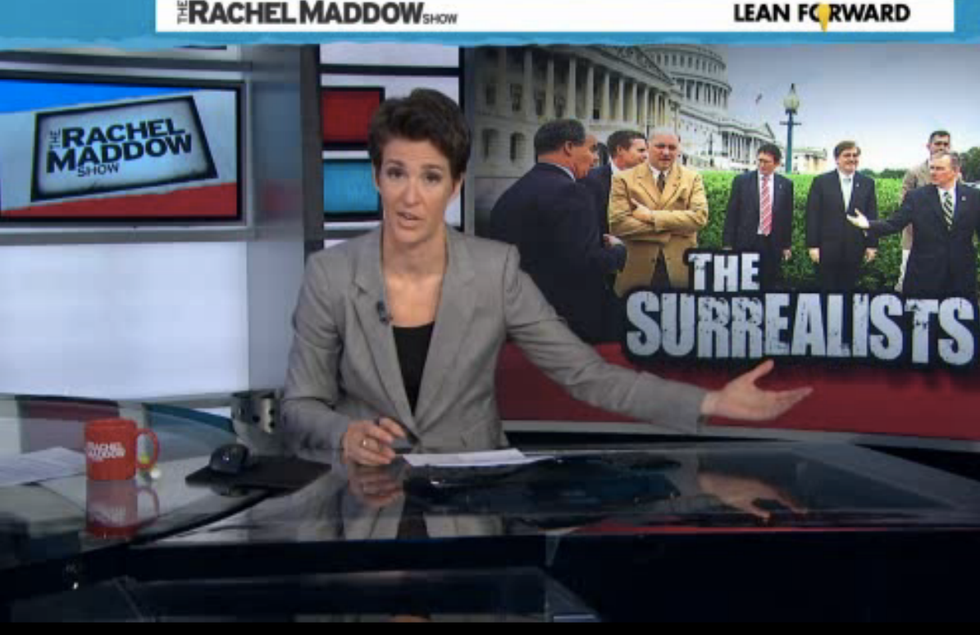 She began by referencing Leonardo da Vinci's famous painting "The Last Supper," which has, Maddow noted, become something of a meme. The cast of "The Sopranos" has been photographed arrayed in the style of the painting -- which depicts Jesus Christ and his disciples seated around a table on the night before Christ's arrest and crucifixion by the Romans -- as has the cast of the Sci-Fi Channel's "Battlestar Galactica" reboot.

"As we consider the swirling chaos and impending doom in Washington right now," Maddow said, "the issue of course is the House of Representatives. The Senate has got lots of noise and some Senators got lots of attention, but there was no real drama about what was going to happen in the Senate. Today the Senate did what they need to do to keep the government from shutting down."

So, now, the government funding bill "heads back over to the place where chaos reigns, which is the House," she explained.

She then showed the rather remarkable photo that the Wall Street Journal chose to run alongside a piece about the current confusion among the House GOP caucus, a tableau of lawmakers arrayed on the Capitol steps very like da Vinci's "Last Supper."

"House Republicans are a classical array of stunned and mystified," Maddow declared. "This is a work of art. The Senate has done its thing, but the government shutdown deadline is Monday and, privately or publicly, on the record or off, no one in House leadership seems to be able to say what the Republicans will do, and that appears to be because they do not know."