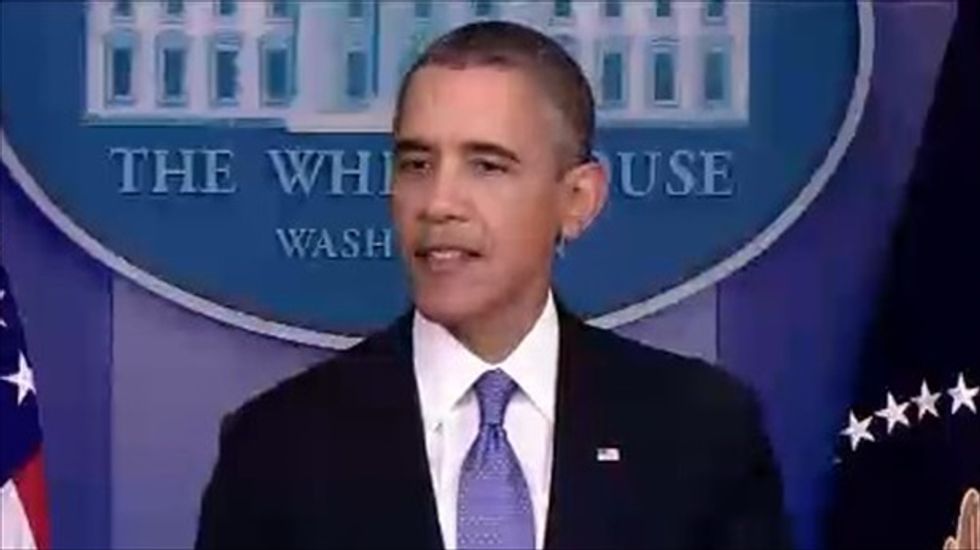 President Barack Obama Monday accused Republicans of pandering to the "extreme right wing" of their party and holding Americans hostage in a budget dispute threatening to shutter the US government.

Just over six hours before government services grind to a halt and thousands of federal workers are furloughed, Obama said time was running out for a last-minute compromise.

Republicans in the House of Representatives are seeking to force Obama to delay or defund his signature health insurance reform law in return for funding government operations.

They are using a similar tactic as Obama also asks Congress for a lifting of the $16.7 trillion U.S. debt ceiling. If no deal is reached, the United States may begin defaulting on its debts by the middle of October.

"One faction of one party in one house of Congress in one branch of government doesn't get to shut down the entire government just to refight the results of an election," Obama said.

"Congress needs to keep our government open, needs to pay our bills on time, and never, ever threaten the full faith and credit of the United States of America.

"Unfortunately, right now, House Republicans continue to tie funding of the government to ideological demands like limiting a woman's access to contraception or delaying the Affordable Care Act, all to save face after making some impossible promises to the extreme right wing of their party."

Obama also warned that the imminent shutdown would have real and dramatic economic consequences for thousands of Americans and said it was not fair that people who had dug out of the worst recession in decades were again facing economic uncertainty.