Sen. King: Those who oppose the Affordable Care Act 'are guilty of murder' 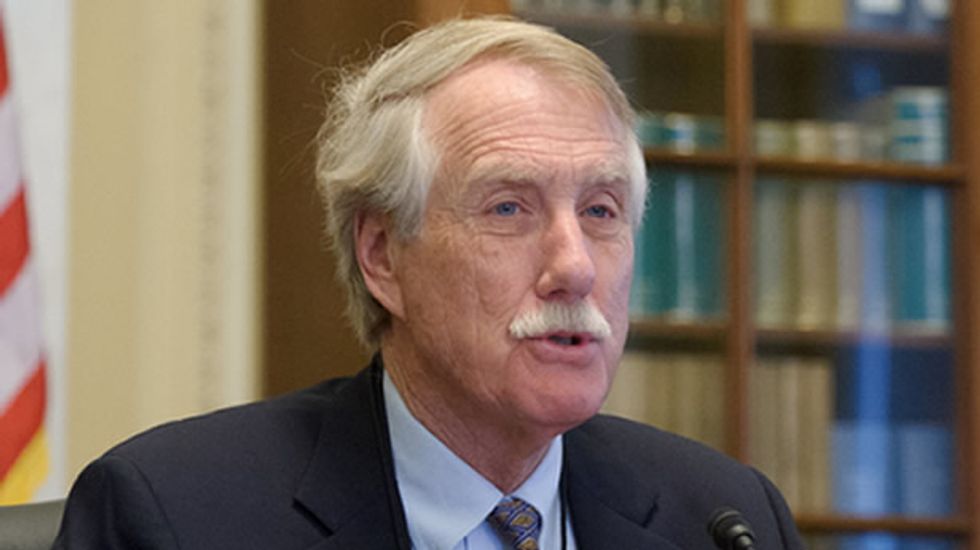 On Monday, Sen. Angus King (I-ME) excoriated conservative groups urging young, uninsured Americans to avoid the Affordable Care Act's health insurance exchanges. Opponents of the ACA know that its success depends on younger, healthier customers to not be vastly outnumbered by older, unhealthier ones. If these groups can dissuade younger people from using the exchanges, they will undermine the financial stability of the system.

In Sen. King's eyes, those leading these efforts "are guilty of murder."

"Some of those people they persuade are going to end up dying because they don’t have health insurance," he told Salon. "For people who do that to other people in the name of some obscure political ideology is one of the grossest violations of our humanity I can think of. This absolutely drives me crazy."

He then related his own brush with death, in which a cancerous mole was found during a routine checkup by his doctor. Had he not had access to preventative care and caught the cancer early, he said, "I would have died."

"Enabling more people to get coverage is not just common sense, it’s humane," King concluded. "To me it boils down to a moral question, and that is would you allow someone sitting in front of you on the subway to die, or would you take some action — call 911 or a doctor or do CPR yourself. Most people would say no I would not allow someone to die. You have to realize that as a society we’re answering 'yes' to 25,000 a year who are dying before our eyes and saying we don't care."