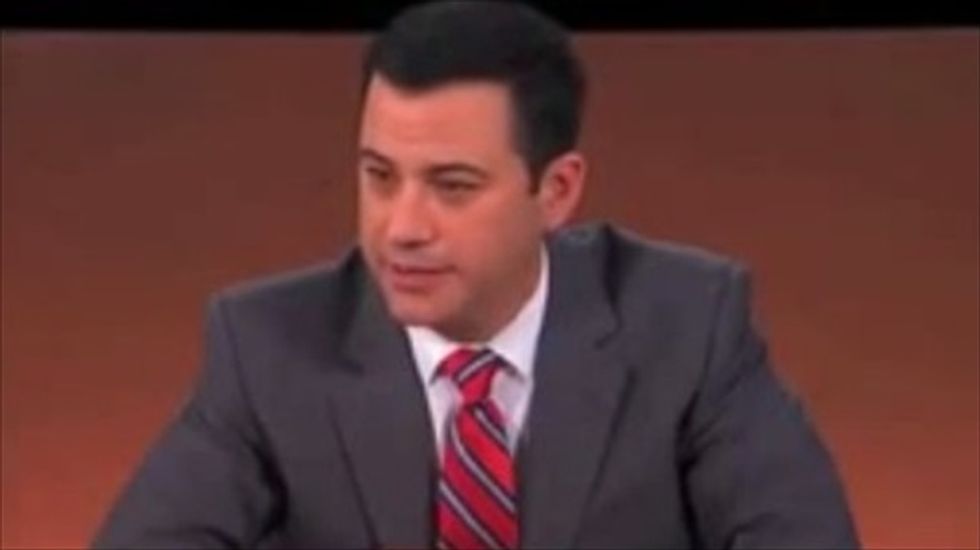 Jimmy Kimmel in skit about 'killing everyone in China' [YouTube]

A US network has apologized after a child flippantly suggested to "kill everyone in China" during a late-night comedy show which infuriated Asian American activists.

In a light-hearted segment aired last week in which children discuss news items, host Jimmy Kimmel asked what to do about the $1.3 trillion US debt to China, to which one boy shouted, "Kill everyone in China!"

Kimmel laughed and said, "That's an interesting idea," and asked for the thoughts of the other children, who all disagreed.

After protests, the ABC network, a unit of the Walt Disney Co., said it had removed the segment from its own platforms and edited it out from future airings.

"We offer our sincere apology. We would never purposefully broadcast anything to upset the Chinese community, Asian community, anyone of Chinese descent or any community at large. Our objective is to entertain," it said in a statement.

US lawmakers of Asian descent applauded ABC for its apology but said that the incident raised broader issues of the treatment of Asian Americans in the media.

"It is important for everyone -- especially children -- to realize that hate speech left unchecked is dangerous," said Representative Mike Honda, who was detained as a child during World War II due to his Japanese heritage.

A petition on the White House website, which had nearly 69,000 online signatures Tuesday, said that while children may not know better, "this is the same rhetoric used in Nazi Germany against Jewish people."

In a letter to ABC, the National Council of Chinese Americans urged ABC to enter a dialogue and establish a plan to avoid similar episodes.

The segment showed "a systemic and collective failure at ABC to catch and correct such obviously offensive material."

The Chinese American group voiced concern that the incident would affect the US reputation overseas.

"Incidents of this nature, which do happen periodically, decrease our global appeal, damage our credibility and hurt our good standing in the world," it said.

Watch footage of Kimmel's skit, as posted by canal5itv, below.