Are Americans dumb? No, it's the inequality, stupid 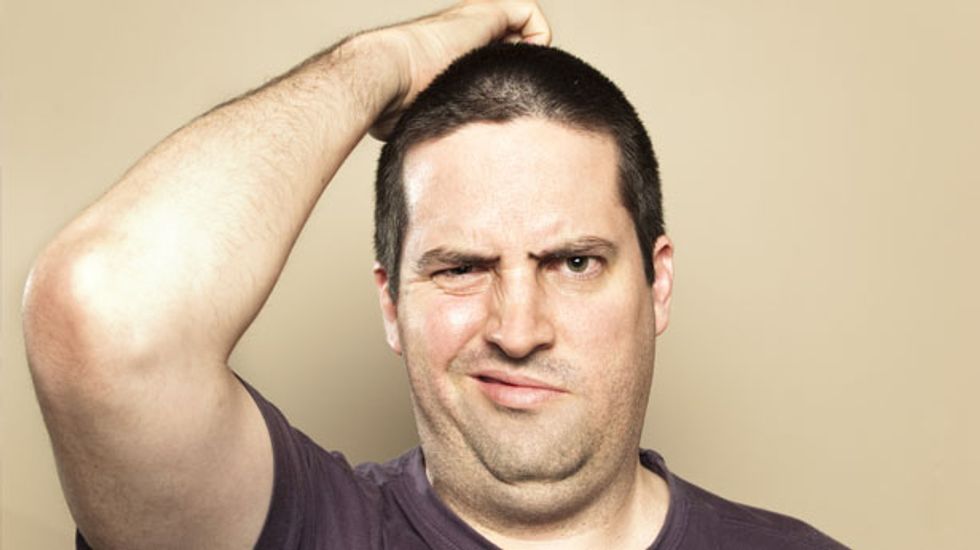 Are Americans dumb? This is a question that has been debated by philosophers, begrudging foreigners and late night TV talk show hosts for decades. Anyone who has ever watched the Tonight Show's "Jaywalking" segment in which host Jay Leno stops random passersby and asks them rudimentary questions like "What is Julius Caesar famous for?" (Answer: "Um, is it the salad?") might already have made their minds up on this issue. But for those of you who prefer to reserve judgement until definitive proof is on hand, then I'm afraid I have some depressing news. America does indeed have a problem in the smarts department and it appears to be getting worse, not better.

On Tuesday, the Organization for Economic Co-operation and Development (OECD) released the results of a two-year study in which thousands of adults in 23 countries were tested for their skills in literacy, basic math and technology. The US fared badly in all three fields, ranking somewhere in the middle for literacy but way down at the bottom for technology and math.

This shouldn't be all that surprising as there is a well documented pattern of American school kids failing to keep up with their tiger cub counterparts in other countries. But these results are the first concrete proof that this skill gap is extending well beyond school and into adulthood. The question is, do the study's results imply, as the New York Post so delicately put it, that "US adults are dumber than your average human"? Hardly, but it does suggest that many Americans may not be putting the smarts they have to good use, or, more likely, that they are not getting the opportunity to do so. Put another way: it's inequality, stupid.

Just a quick scan of the countries that fared really well in all three categories (Norway, Sweden, Japan, Finland and the Netherlands) compared to the countries that fared really badly (America and Britain) gives a pretty good indication that the inequality that is rampant in the (allegedly) dumber nations might have something to do with their pitifully low scores. A closer look at the results is also revealing. The incomes of Americans who scored the highest on literacy tests are on average 60% higher than the incomes of Americans with the lowest literacy scores, who were also twice as likely to be unemployed. So broadly speaking, the better off the American, the better they did on the tests.

Now this is just a wild guess, but could this possibly have something to do with the fact that the kind of schools a poor American kid will have access to are likely to be significantly inferior to the kinds of schools wealthier kids get to attend? Or that because of this, a poor kid's chances of getting into a good university, even if she could manage to pay for it, are also severely compromised? And let me go one step further and suggest that the apparent acceleration of America's dumbing down might be directly connected with the country's rising poverty rates.

Before I go on, I should say that even I can see some holes in the above theory. You only have to look at certain members of congress (read Republicans who forced the government to shutdown last week), for instance, many of whom attended some of the finest universities (and make bucket loads of money), to see that even an Ivy League education may be of little use to a person who is simply prone to stupidity. I should add also that many people believe that it's the large immigrant population (of which I'm a member) who are responsible for bringing down the nation's IQ, which further complicates the dumb American narrative. Indeed one could argue all day about the reasons Americans are falling behind, (Woody Allen blames fast food), but we should at least be able to agree on the remedies.

Here's the thing, most economists agree that in this technology driven age, a highly skilled workforce is key to any real economic recovery. It doesn't bode well for the future then that so many American students, particularly low-income and minority students, are graduating high school without basic reading or math skills. Nor does it inspire confidence that students who leave school without basic skills are not acquiring them as adults. So America's alleged dumbness has a lot to do with inadequate schooling for (poor) children and teenagers and a dearth of continuing education opportunities for low-income adults. By contrast, the OECD study found that in (more equal) countries that fared better in the tests, like Finland, Denmark and the Netherlands, more than 60% of the adult population have engaged in continuing education programs or on the job training.

The smart thing to do then surely would be to pour resources into early and continuing education opportunities so that American adults will be equipped with the necessary skills to compete in the global economy. This is where the dumb argument really gets a boost, however, because the opposite is happening. Those same congressional geniuses I alluded to earlier are also responsible for forcing through the cuts known as sequestration, which among other things cut 5% from the federal education budget. Because federal education funding is doled out according to the number of low-income students in a given school, it is poor children, the ones who most need the help, who are being disproportionately impacted by the cuts. Furthermore since 2010, almost $65m, over one-tenth of the entire budget, has been cut from adult education grants.

So are Americans dumb? The answer appears to be yes, some are. The dumb ones are not the poor minorities or low skilled adults who fared badly on the OECD tests, however, but a certain privileged and selfish elite, who have suffered from no want of opportunities themselves, yet seem to think that denying millions of struggling Americans an equal (or indeed any) opportunity to get ahead is a sensible way forward. The results are in now and clearly it isn't. The question is will enough Americans be smart enough to do something about it?