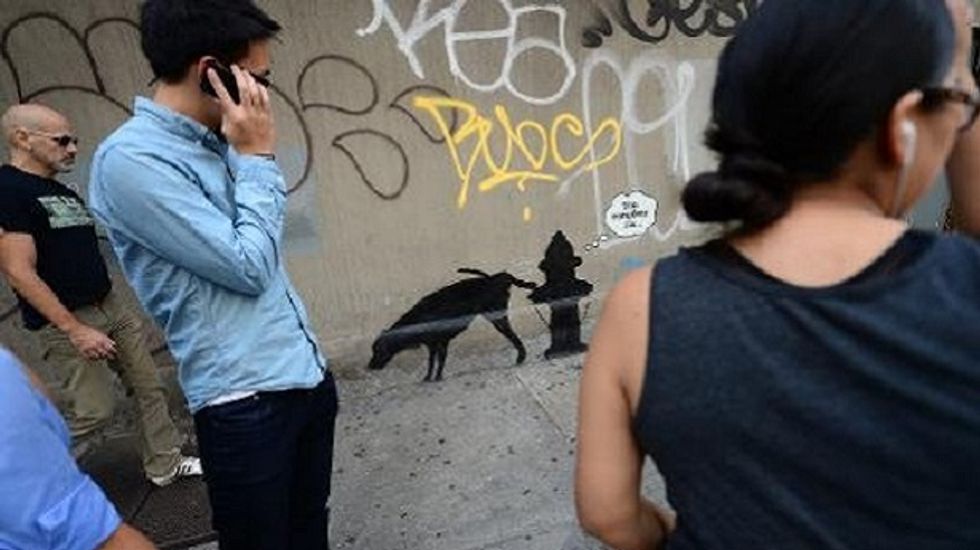 The Briton, whose identity is a secret, has sent hipsters and art fans scrambling to get a peek at his "Better Out Than In" month-long residency in New York.

He has received offers of big money for some of his creations. But most of the works have so enraged property owners that they have been rapidly defaced.

"Graffiti does ruin people's property, and it's a sign of decay and loss of control," Mayor Michael Bloomberg said this week. "Some places are for arts, and some aren't."

In Williamsburg, Brooklyn, the owner of a building Banksy painted on -- showing two geishas on a bridge -- was tagged and now has guards standing watch due to large crowds and several incidents.

The artist's take on the twin towers of the World Trade Center brought down on September 11, 2001 -- painted in Brooklyn Heights, was removed after less than a week on view. Authorities did not immediately say why.

Banksy reportedly has sold his works for anywhere from $30 to $1.87 million.

Banksy's stenciled designs, known for their irreverent humor and political activism, have propelled him from a graffiti rebel to reluctant star.

He has spoken out against the exorbitant sums paid for his art and invites people to download photographs of his work for free from his website.