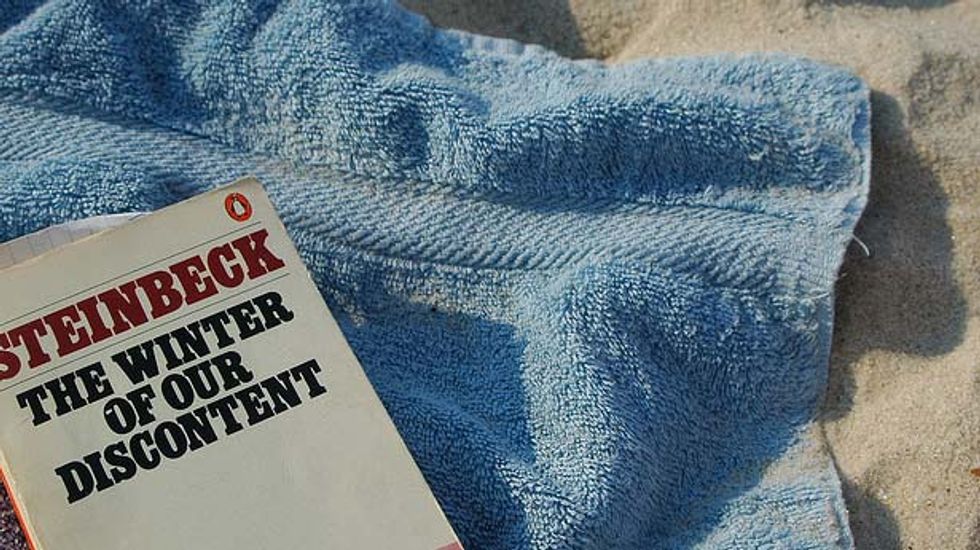 [When we last left TBogg, somewhere on the internet far faraway, he was taking a powder/hanging up his spurs/blowing this podunk town/and taking off for parts unknown, just like Taylor (grim-faced, bronze-chested, packing heat) in Planet Of The Apes, saddling up to see “… what’s out there”. What did TBogg find? His destiny? A madhouse? 20-piece McNugget’s for only $4.99? Let’s see what happened, ‘kay?]

Well … that was certainly boring and unpleasant.

I swear by all that is Holy [by which we mean: Shakira’s ass]  that I was going to walk away from this thing that happens on the internet, if not forever, at least until October-ish of next year when the elections rolled around.  On the advice of the Lovely & Talented Casey I went ahead an registered a domain name (see above), which I had been kicking around for about seven years or so, in anticipation of maybe making a comeback  just like Brett Favre. But without the dick pics because, I have standards. But then things happened...

Initially I received a lot of lovely offers from other blogs, big and small, offering me space if and when the mood struck me. And  people said nice things about me in public which was kind of cool, in a Tom Sawyer at his own funeral kind of way. Then, much to my surprise, it turns out that life in the real world is a lot like a Lifetime movie -sad and messy and cliched and poorly acted - and those movies are hard enough to watch much less live in. I'm here to tell you folks, it’s not all moonlit walks on the beach like the brochures say.  Who knew? Not me. If there is one thing I learned on the internet it is that you can create your own reality (see anything written by John Nolte at The Breitbart Memorial Unemployable Foundling Home if you think I'm funnin' you).

But what I really discovered is that the internet with its blogs and twitter-twatting and shouty-facing and whatnots and whosis and urgent reporting of breaking stories - reporting that turns out to be wrong 90% of the time. Yeah, I'm looking at you CNN - is a hard thing to shake. Many was the time when I was pulled away from whatever book I was reading or a movie I was watching and fired up the ole iPad to check in with the rest of the world and see if it was still hellbent for perdition. (Spoiler alert : it is).

And I was fortunate enough to have a relationship  dating back to the TBogg/Rox Populi early blog days - ask your grandparents - with the lovely Roxanne of Raw Story and we worked something out involving 300 sandwiches and bitcoins so, you know, now everybody can be a winner.

So I'm back and this is where I will be for the foreseeable future until the damn dirty apes or the Tea Party takes over ... not that we'll be able to tell the difference.

Also, too: Yes, you guys,  there will be basset pictures. As if I had any choice in that matter.