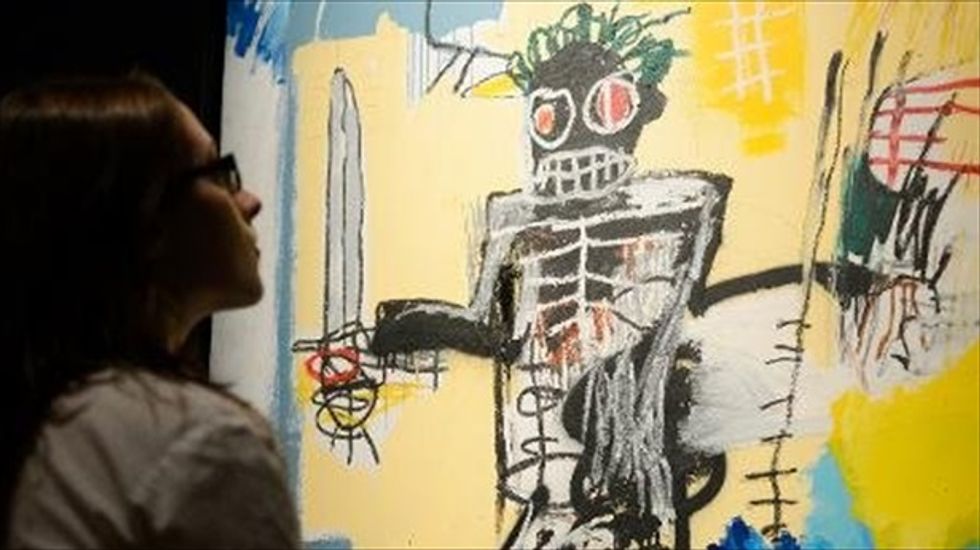 A gallery assistant poses with US artist Jean-Michel Basquiat's 'Warrior' at Sotheby's auction house in central London on June 14, 2012. [AFP]

Sales of contemporary art rose 15 percent in the year to June as the worldwide market bounced back from the global financial crisis, according to research published on Monday.

Artprice, a French company which tracks art sales worldwide, said the strong performance compared with a 2.4 percent contraction in the overall art market and reflected the growing investment value of works by artists born after 1945.

"It's proof of the maturity of the contemporary art market which, until recently, was the first to fall in times of crisis," Artprice's president-founder Thierry Ehrmann told AFP.

"It has been given an important vote of confidence. New museums opening up across the world are buying lots of contemporary art, investors are taking an interest."

Ehrmann believes the trend can also be explained by the contemporary sector's role as a "mirror to our times".

"It speaks to a broader public, it is more accessible, less elitist than modern art," he added.

Contemporary art still represents only 13 percent of the global art market but its significance is no longer in doubt: only ten years ago the sector's sales totalled just 75 million euros.

The growth in the value of sales over the last year was not a result of more works coming to market: the total of around 45,000 items was stable.

Instead, the rise was attributed to a series of big-ticket individual sales, notably of works by the late Jean-Michel Basquiat and Jeff Koons.