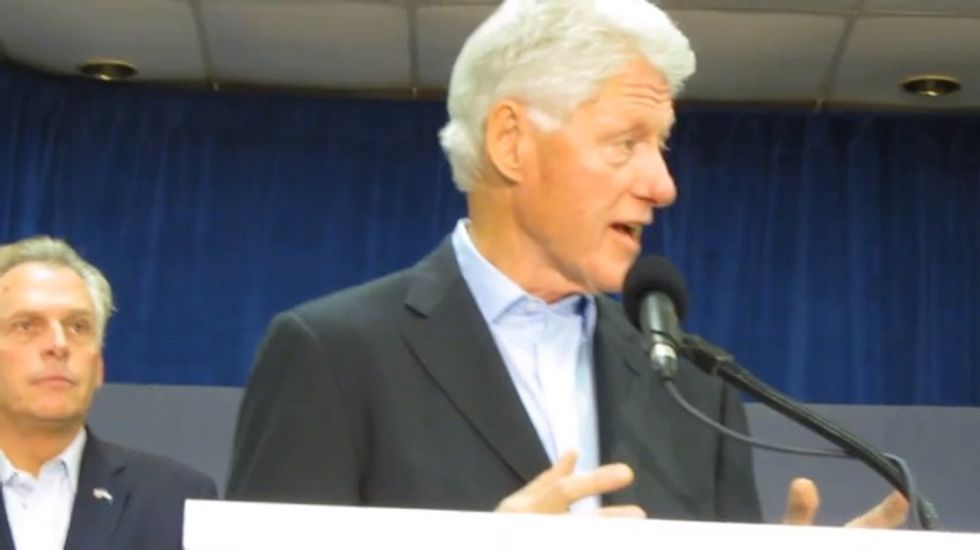 Clinton and McAuliffe hit a VFW hall in the D.C. suburb of Dale City and a high school in Richmond as part of the four-day, nine-stop tour. Clinton's stump speech for McAuliffe is reminiscent of his efforts on behalf of Hillary Clinton and Barack Obama, laying out the politics of the moment in clear, direct language.

"A big reason for the incredible political division in this country is that in the non-presidential years, a whole different America shows up than in the presidential years,” Clinton said. "Debate is good. We should all have our philosophies and our general outlook, but if we become ideological, then we're blind to evidence. We can only hear people who already agree with us. ... You can choose that course here. But I was governor for 12 years and president for eight years and I can tell you that is doesn't work.

Watch Clinton stump for McAuliffe below.