Blackburn and Pallone spar over Obamacare and 'scam' insurance policies 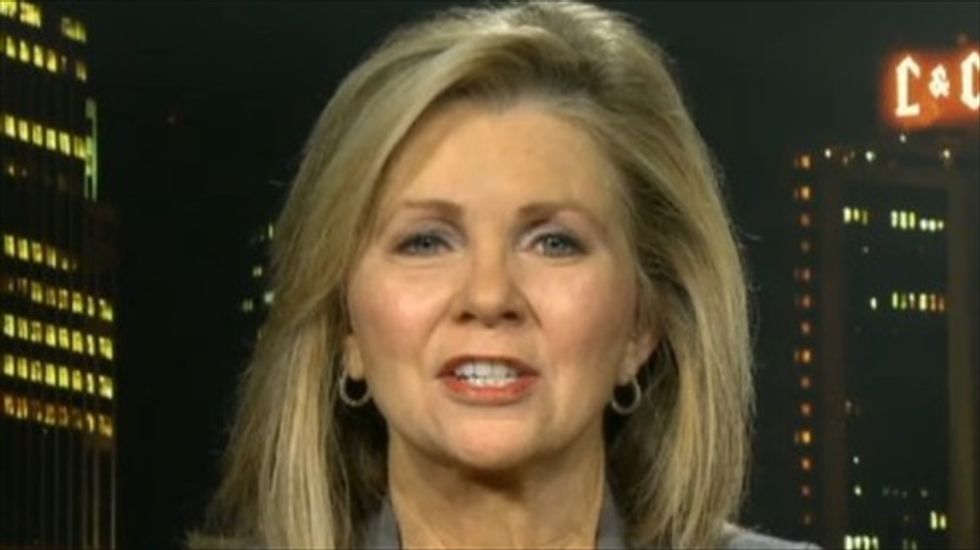 Rep. Marsha Blackburn (R-TN) accused congressional colleague Rep. Frank Pallone Jr. (D-NJ) on Wednesday of being "insulting" toward Americans in the continuing debate over the effects of the Affordable Care Act on individual health care buyers.

"To be so insulting to people to say, 'The insurance you've had is a scam,'" Blackburn said in a joint interview with CNN host Piers Morgan, arguing that President Barack Obama was wrong to assure individual buyers that their plans would be grandfathered into the law.

Pallone countered that the cuts were being caused by insurance companies cutting their customers, rather than raising their plans to meet the new standards required by the law.

"If insurance companies want to continue to offer lousy plans that don't have good coverage and cost a lot of money to the taxpayer or to the insured, they can," Pallone told Blackburn and Morgan.

"What percentage of people who want to keep their plan or their doctor, as per the president's promise, are actually gonna be able to do that?" Morgan asked.

"About 90 percent," Pallone replied, before Morgan interjected by citing an NBC News report stating that 40 to 60 percent of insurance buyers would be forced out of their plans. However, Pallone clarified that that issue affects buyers in the individual marketplace.

Reports like NBC's have been criticized by Moyers & Company and the Los Angeles Times, among others, for ignoring the limitations of many of the original plans and the savings many subjects could get through government subsidies.

"We have to look at this from a practical point of view," Pallone said in response. "We want people to be insured, and have a good insurance policy."

"What about telling the American people the truth?" Morgan repeated.

"We're offering a good insurance policy at an affordable price," Pallone continued. "If Marsha says I want to keep some lousy plan that's a scam, well, the insurance company isn't gonna sell it anymore, because nobody's gonna buy it. And that's the bottom line."

Watch the discussion, as aired Wednesday on CNN, below.