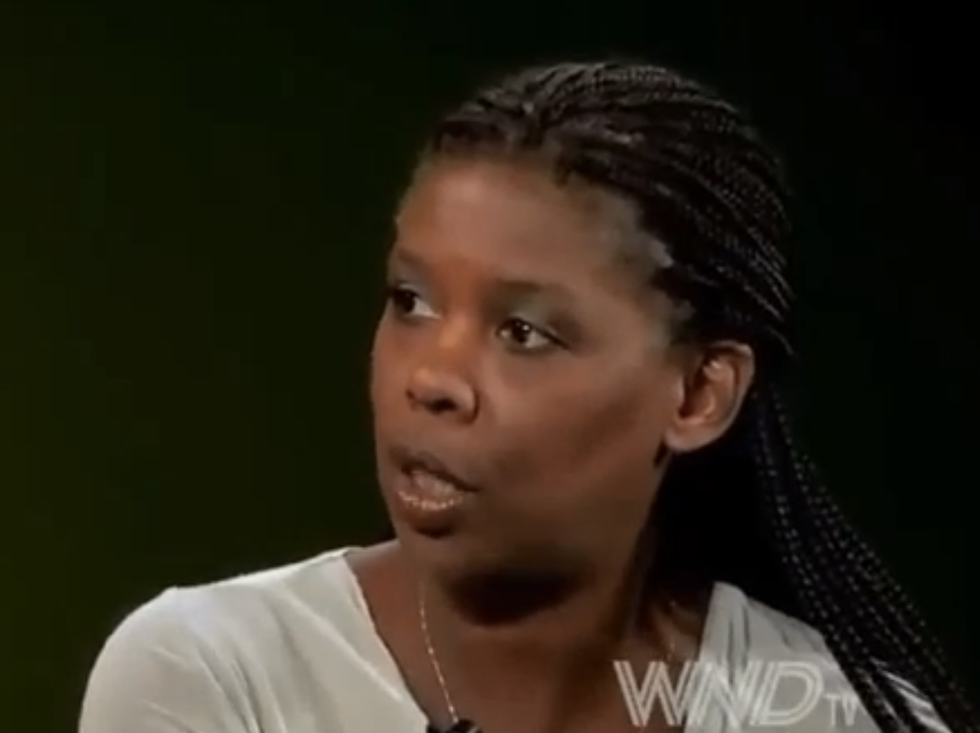 In the video embedded below, Joseph Farah -- founder of the "Birther" conspiracy website WorldNetDaily -- interviewed African-American conservative Star Parker, who warned that President Barack Obama's government is going to turn America into an openly gay nation of emotionless, disconnected zombies like "in Europe," who exalt "vileness."

Parker, author of the books Pimps, whores and welfare brats and Uncle Sam's Plantation, is the founder of the Center for Urban Renewal and Education (CURE), a Christian ministry. She told Farah that dark times are coming under Obama administration.

"I mean, what this president has done to damage the Christian community to where -- and the laws," Parker ranted, "that are coming out of places like the state of California and others, you know, in California where you've got the boy going into the girls' bathroom."

Parker was referring to the California law prohibiting discrimination against transgender students in sex-segregated facilities like locker rooms and bathrooms.

"But the laws, um, the laws that are pushing homosexuality out into society," said Parker, "when, when, when you have this type of vileness exalted, the wicked go on the prowl. That's what the Proverbs says, is that if the wicked can now go on the prowl, people with the resources will now pull away, and so they become much more private."

She concluded, "So while you have ill activity now in the public square, you have those decent people and quiet communities becoming much more, you know, refined, and more closed. And that's not healthy for us as a society because when you go start walking out in the public square and nobody talks to each other, that's what they do in Europe. They're just a bunch of zombies and we don't want that as Americans."