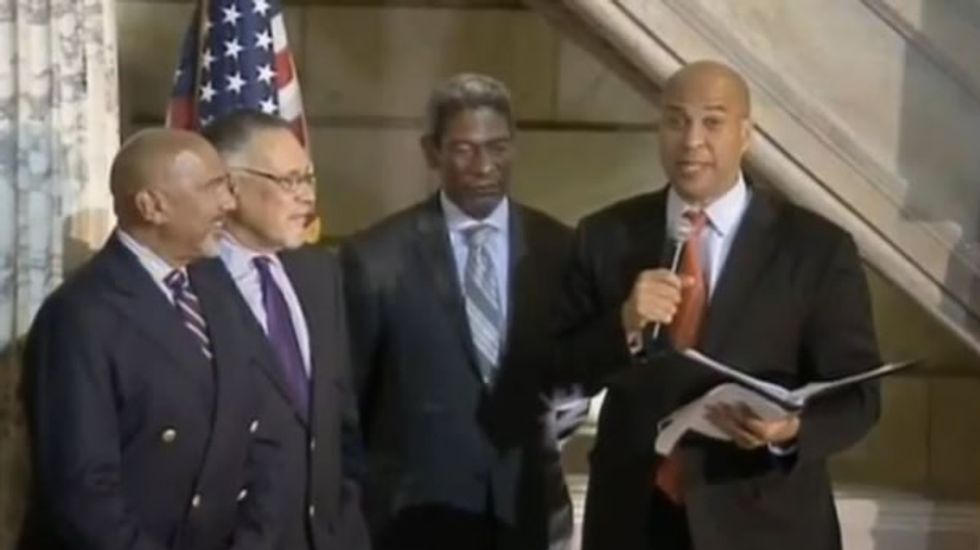 So as the clock struck midnight in Newark, Booker began to officiate a series of same-sex marriages, as documented on his Twitter account.

While officiating the first couple's ceremony, he asked whether anyone had any objections. One protester yelled that these marriages were "unlawful in the eyes of God and Jesus Christ," and was then quickly removed.

"Not hearing any substantive objections, I will proceed with the vows," Booker replied.

Watch video of Booker officiating the ceremonies below.