Dick Cheney: NSA spying 'nothing new' and needs 'to be preserved' 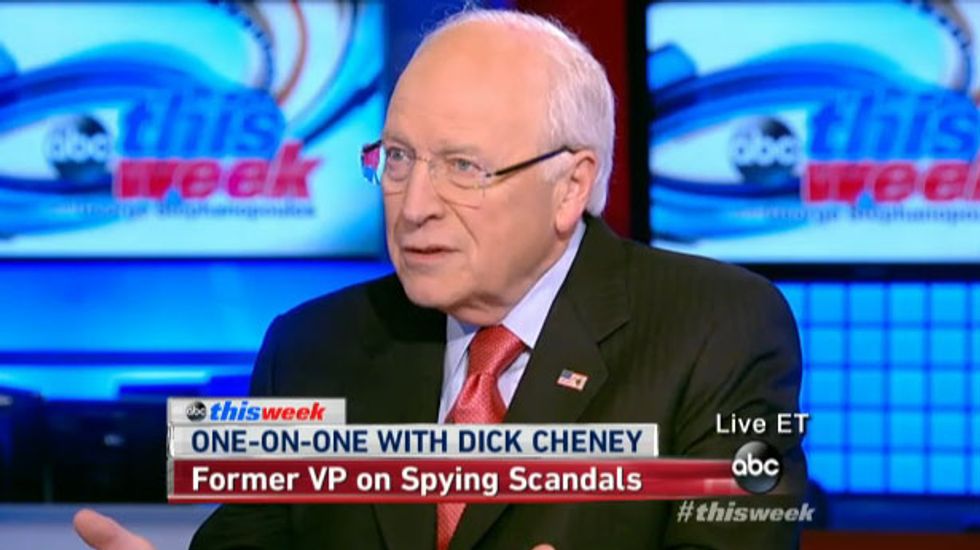 In an interview with ABC News host George Stephanopoulos on "This Week," Cheney refused to say whether the domestic and international snooping operations conducted by the NSA had gone "over the line." But he did comment on whether the operations were valuable.

"I can say that the capability of the United States government, on a broad basis, to collect intelligence that's important to the United States, saving lives, et cetera, it's nothing new without talking about specific details, which I'm not, or specific targets," he said.

The former vice president refused to endorse any specific intelligence program. But he insisted the NSA's mission was justified.

"I'm talking about our overall intelligence capabilities are important to the security of this nation and need to be preserved," he concluded.