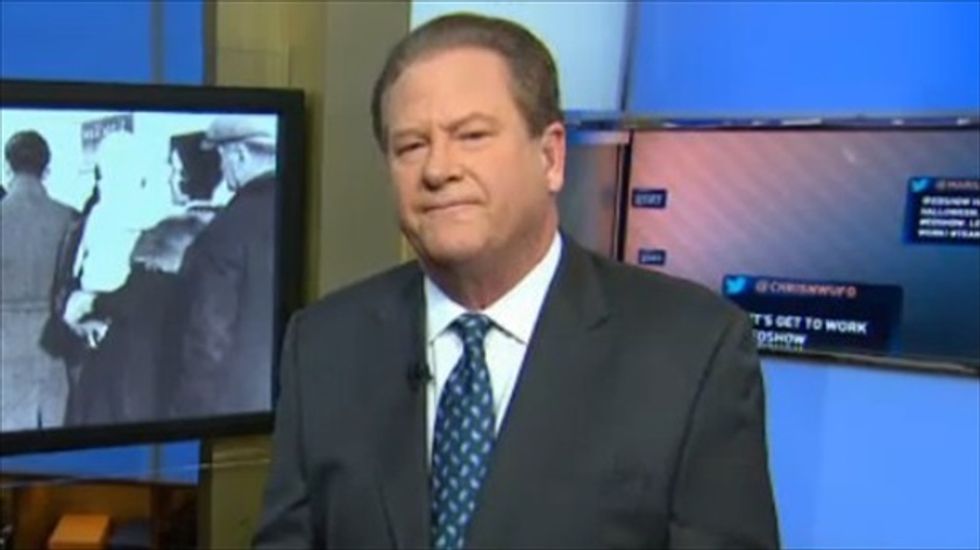 MSNBC host Ed Schultz excoriated House Republicans on Thursday for taking time off while budget cuts affecting not only America's working poor but the business sector were set to be implemented on Friday, while hiding behind what he called trumped-up political issues, or their own faith.

"This is the scandal," Schultz said. "This is the most kicking the least right in the teeth for no reason at all other than unmitigated greed."

Activists have described the $5 billion reduction to the Supplemental Nutrition Assistance Program (SNAP) as "close to catastrophic" for many participants, since it will mean they will have around $1.40 to spend per meal, and losing an estimated 2 billion meals next year. Lawmakers are also scheduled to debate whether to cut another $40 billion from the program as part of a new Farm Bill later in 2013. The cuts are set to take effect at midnight Thursday night, while the House is off until Nov. 12, Schultz noted.

However, Schultz argued, it won't just be 47 million Americans being affected, but 250,000 grocery stores and supermarkets who accept SNAP credits as payment.

Schultz also played a montage of clips of House Republicans painting participants in the SNAP program -- also known as "food stamps" -- as leeching off of government benefits, noting that the average member of Congress makes $174,000 a year, along with health care benefits and a pension.

"In order to qualify for food stamps, an individual has to make less than $15,000 a year," Schultz pointed out. "This is the focus of the Republican party and all of those politicians you just saw talk? This is their focus? This is what the conservatives are all about? They are heartless."

Watch Schultz call the Republicans out for their attacks on the poor, as aired Thursday on MSNBC, below.