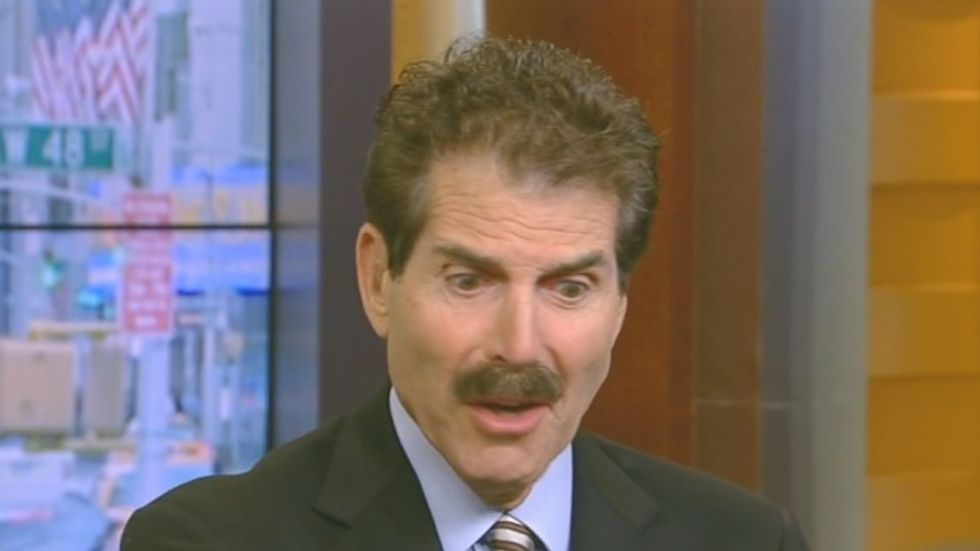 Libertarian Fox Business host John Stossel on Thursday asserted that the partial government shutdown was a "good thing" and that lawmakers should "shut more down."

In a segment on Fox & Friends, Stossel argued that some parts of the government should stay shutdown forever.

"I'm hoping the shutdown will wake people up and say, hey, maybe we don't need all this stuff," he said. "We could close whole departments. Why do we need a Commerce Department? Commerce just happens, government gets in the way."

"Education, why do we need that at the federal level?" Fox & Friends host Steve Doocy chimed in. "Because it's mainly done at the local level."

Stossel also pointed to the Environmental Protection Agency (EPA) and said that 93 percent of those employees were not necessary "for at least a year."

"Nobody will know, the Earth won't notice a difference if you shut the EPA for 10 years," he insisted.

The Fox Business host asked viewers to tune into his to his show so he could show them "how this could be a good thing, how with less government, people are freer because we have more, we'll create the jobs and we'll invent the good things."