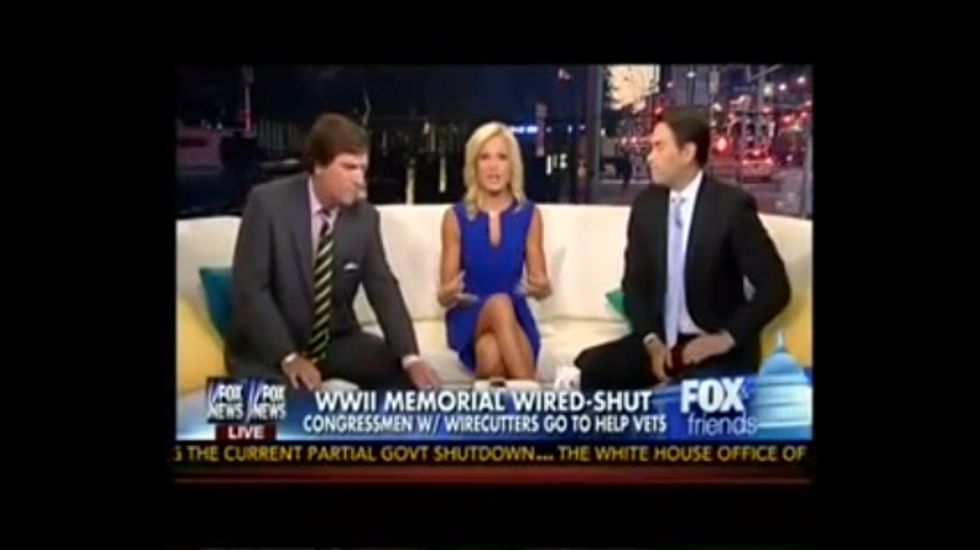 Chalk one up for life imitating satire. Fox and Friends host Anna Koolman was discussing the closure of the World War II memorial in Washington during the shutdown Saturday, and claimed "President Obama has offered to pay out of his own pocket for the museum of Muslim culture" while allowing the memorial to remain shuttered.

That's not true, of course.

The source of this claim came from the satirical website National Report, which mocks news coverage much like The Onion does. Snopes has a cottage industry of debunking National Report pieces along with Onion satire and other on-line mockery passed off as legitimate news.

And Media Matters noted that this isn't the first time Fox has been taken in by a satirical story that's too good to check. Fox News hosts Steve Doocy and Brian Kilmeade dodged a lawsuit in 2008 for repeating an online parody news report of a school prank that included fabricated quotes as fact. "gullible."