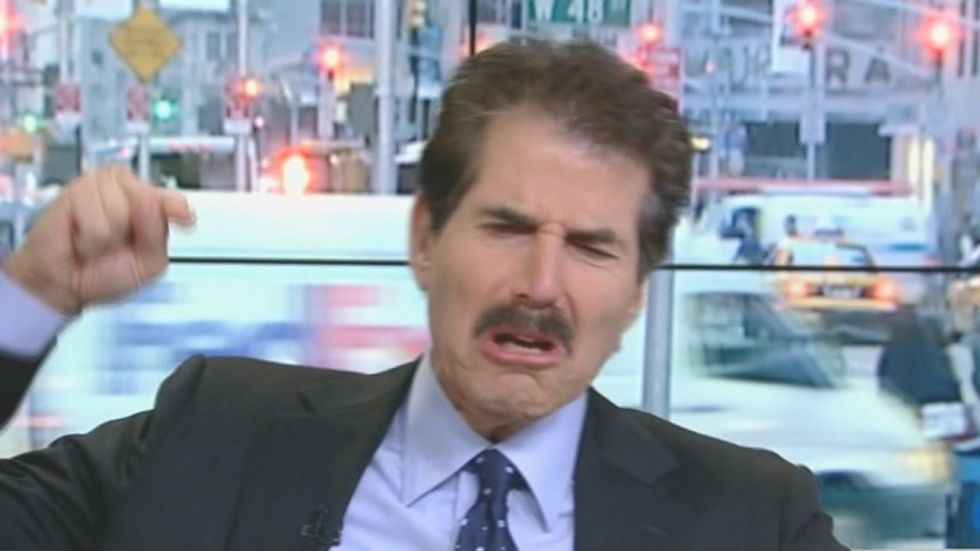 Libertarian Fox Business host John Stossel argued on Thursday women should be forced to pay more for health insurance because "maybe they're hypochondriacs" and use more services.

During an appearance on Fox & Friends, Stossel asserted to host Steve Doocy that President Barack Obama's health care reform law "just kills the market" by mandating that women can no longer be charged more than men for insurance.

"The competition of the market is the only thing that makes things better," he explained. "Yesterday, President Obama stood in front of a bunch of women in Massachusetts and said, 'No longer will those evil insurance companies be able to charge you women more.'"

"Women go to the doctor much more often than men! Maybe they're smarter or maybe they're hypochondriacs," Stossel continued. "They live longer. Who knows? But if it's insurance, you ought to be able to charge people who use the services more, more."

"But, John, you're not paying attention," Doocy said sarcastically. "This administration, this president wants to make everything fair. It's not fair if you pay less than she does... And as a number of Republicans have made the argument, why should I pay for -- I'm in my 60s, why should I pay for your maternity coverage?"

"Or why should women pay for men's Viagra?" Stossel asked. "This mandating all this stuff it has to cover just takes away consumer choice."