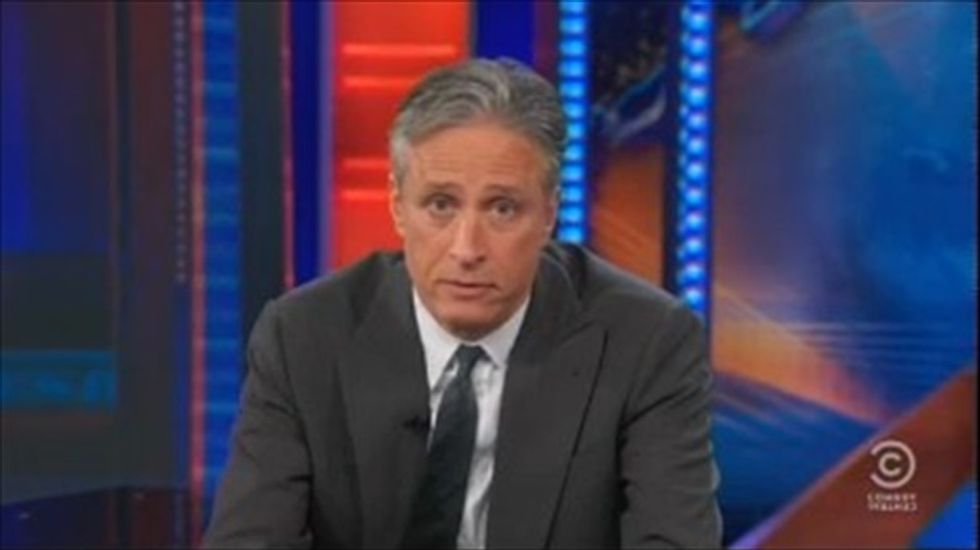 Daily Show host Jon Stewart was taking President Barack Obama's administration to task on Monday for not preparing its online rollout of the Affordable Care Act despite having three years to prepare itself, when he stopped to remind himself that Republicans aren't able to capitalize on that kind of mistake.

"Oh, right, I forgot -- they're f*cking nuts," Stewart said of GOP lawmakers. "The most egregious and blatant incompetence still pales in comparison to these guys."

Stewart also lampooned Republicans' insistence on tying the debate over raising the federal debt limit to their opposition to the new law, concocting a scenario in which they would refuse to send Bruce Willis to save the Earth in the movie Armageddon unless Democrats agreed to defund it, singling Rep. Joe Barton (R-TX) out for his statement that "in my household budget some bills that have to be paid and some bills that only paid partially."

"What a great strategy," Stewart said sarcastically. "That was my strategy -- in college, when I smoked a lot of pot and worked at Cinnabon."

Along the way, Stewart also pointed out the American public's particular impatience when it came to waiting for their chance to sign up for "Obamacare."

"Let's get one thing straight about this country: We will camp out all night to be the first people to buy a phone, or see a movie about shirtless werewolves," Stewart noted. "But you've got 10 minutes to get me this f*cking healthcare, you understand what I'm talking about?"

Watch Stewart break down the Obamacare breakdown, as posted on YouTube on Monday by "JustTheNewsYouWant," below.