Jon Stewart rips Constitution-hugging Republicans: They're like 'an as*hole causing a head-on collision' 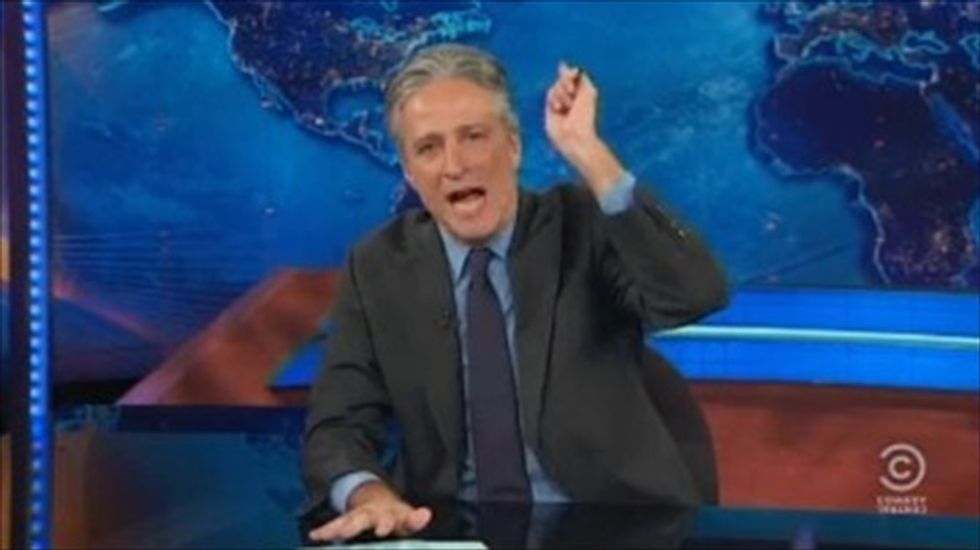 Taking a page out of Dick Clark's book, Daily Show host Jon Stewart did his own countdown to "the end of America as we know it, for reasons no one is able to clearly explain," mocking both Republican lawmakers for making a show out of carrying copies of the Constitution and reporters for framing the story as having both parties at fault.

Stewart also said GOP members were hurting their own case by complaining over the weekend about the White House seemingly having an easier time opening up a dialogue with Iran than with their party.

"You're not helping yourself," Stewart offered. "If it turns out that President Barack Obama can made a deal with the most intransigent, hardline, unreasonable, totalitarian Mullahs in the world, but not with Republicans, maybe he's not the problem."

Watch Stewart blast Republicans for forcing the shutdown showdown, as posted on YouTube on Monday by user "William Morris," below.