Jon Stewart says NSA spying is like health care: 'If you never find that tumor in your b*ll sack, it can't kill you' 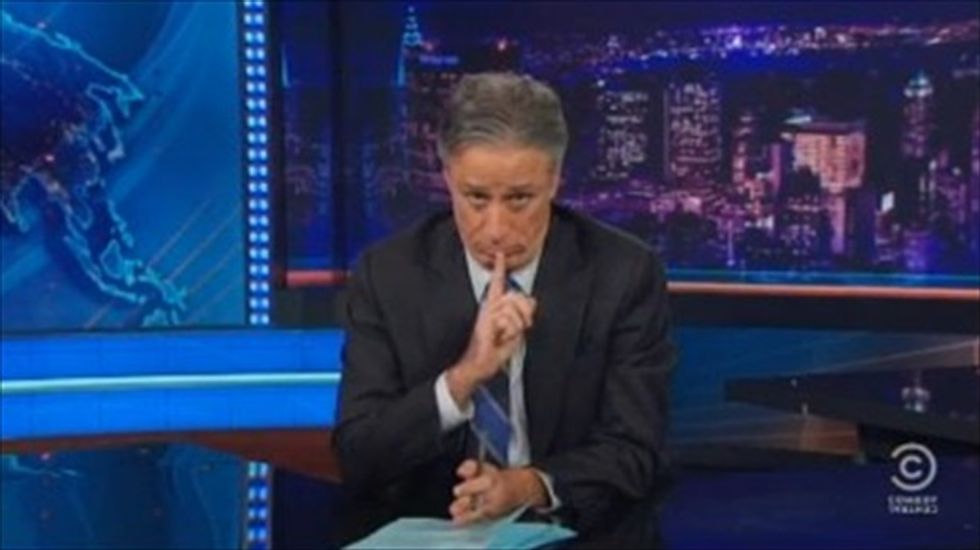 "Of course you can't have your privacy violated if you don't know your privacy is being violated," Stewart said. "Spying is like health care -- if you never find that tumor in your ball sack, it can't kill you. It's like Benjamin Franklin once said: 'Those who would trade liberty for security should never find out that the decision has already been made for them.'"

But Stewart also gave Rogers credit for not giving in to the "pearl-clutching" attitude by his fellow committee members and other lawmakers regarding the NSA's activities, which Stewart pointed out have been enabled through the voting process since 2001, resulting in the NSA having the ability to monitor the whole planet.

"The very legislature that is bewildered at the scope and reach of our spying apparatus granted them the scope and reach," Stewart said, before he affected the tone of a flustered parent. "'I can't believe you stayed out all night and got drunk, just because I left you with a keg of beer and a note that said, 'Do whatever the fuck you want for as long as you want.'"

And besides the implications at home, Stewart argued, the revelations that the NSA was going so far as to spy on U.S. allies also cost the country the chance to engage in some "good old-fashioned American condescension and smug superiority" over the news that Russia was being accused of handing out gift bags with USB drives and phone chargers containing spyware during the G20 summit in September 2013.

"If you're a world leader, and you put the USB stick Russia gave you into your computer, you deserve to have them f*ck with your screensaver," Stewart said.

Watch Stewart rip Congress' attitude toward the NSA, as posted online on Wednesday, below.