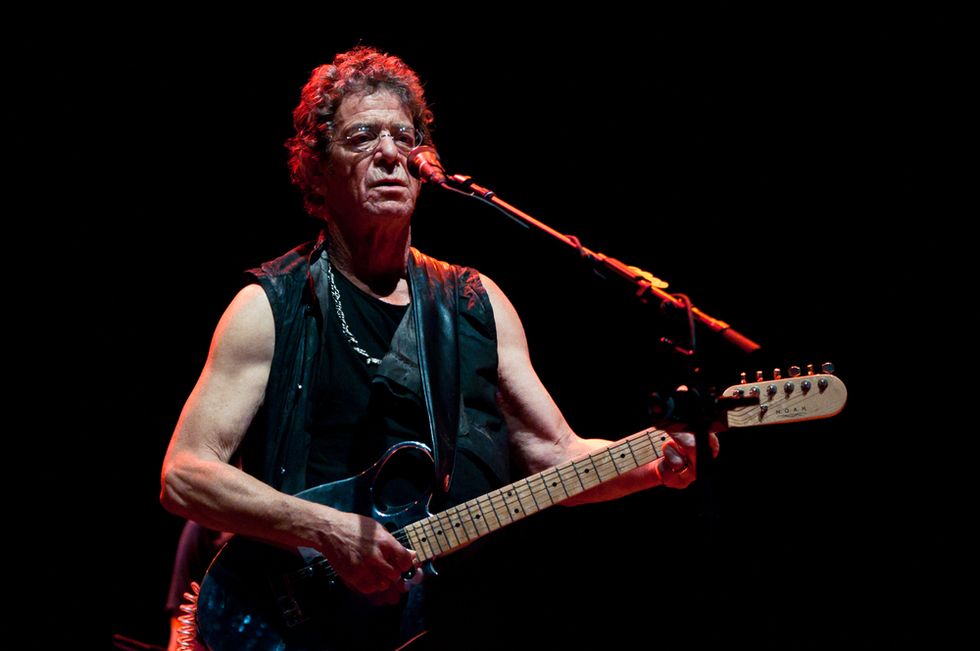 The death of Lou Reed, feted as a musical game changer and and the godfather of punk, leaves a dwindling band of musical icons from the 1960s still performing into their 70s.

Tributes continued to pour in for the 71-year-old former Velvet Underground frontman who died at the weekend, many highlighting the breadth of his influence on generations of musicians.

"He was a master," commented David Bowie, who himself recently released his first record in a decade at the age of 66, on his Facebook page after Reed's death Sunday.

Talking Heads frontman David Byrne joined the tidal wave of praise Monday, calling Reed "inspirational" and highlighting how he "never stopped checking out emerging artists," even in his later years.

"Lots of creative types retreat after they achieve a certain level of success or renown -- Lou seemed to maintain his curiosity and willingness to take risks," Byrne told Rolling Stone magazine.

Reed and the Velvet Underground -- the band he formed with Welsh musician John Cale in 1965 -- influenced generations of rock bands such as The Who, REM, Nirvana and Sonic Youth among others.

The band didn't have anything like the immediate impact of icons like Bob Dylan, the Rolling Stones and the Beatles.

But they arguably had just as much of an impact on later generations of musicians.

"Lou Reed expanded boundaries of rock music," commented entertainment industry journal Variety, calling him "a thorny, restless and often reckless spirit who proceeded to the tattoo of his own drum."

Reed "put the underground front and center," commented The Los Angeles Times, noting that while the Velvet Underground "was a flop" commercially, its musical subject matter was much more authentic.

"While the Beatles experimented with LSD and weed and offered coy hints in "Lucy in the Sky With Diamonds," Reed and band were examining dissonance with "Heroin," a stark song about injecting the opiate," it added.

Reed was part of a generation who came of age in the 60s, but only a few are still rocking half a century later.

Dylan, the Stones' Mick Jagger, and ex-Beatle Paul McCartney are still playing into their seventh decade -- Jagger is 70, McCartney 71 and Dylan 72 -- while others close behind include The Who's Roger Daltrey (69) and Pete Townshend, at 68 the same age as Rod Stewart and Eric Clapton.

Reed remained active through his 60s, including teaming up with heavy metal rockers Metallica in 2011 and touring with his band Metal Machine Trio, whose stage performances were -- typically -- always improvised.

Musicians, artists and commentators from across the spectrum have flooded the Internet with tributes to Reed, who died from complications after a liver transplant in May this year.

The New York Times called him "outsider whose dark, lyrical vision helped shape rock 'n' roll," noting that Joy Division, Talking Heads, Patti Smith, REM, the Strokes and many others were "descendants" of the Velvet Underground.

"My friend Lou Reed came to the end of his song. So very sad. But hey, Lou, you'll always take a walk on the wild side. Always a perfect day," said author Salman Rushdie, referring to two of Reed's best known songs.

His influence crossed national and linguistic boundaries. "For me Lou Reed must be among the four or five biggest figures in the history of rock," French musician Rodolphe Burger told AFP.

"But he's not just the heir to Elvis Presley. He's someone who completely ... changed the game, open up new possibilities," said Burger, who made a 2011 tribute album, "This Is a Velvet Underground Song That I'd Like To Sing".

Fans flooded Reed's Facebook page with tributes, underneath a picture posted by Reed apparently hours before he died, showing a poster of himself on the back of a door, with, scrawled underneath, "Papa Loves Baby."

"He is not dead, just taking a walk on the wild side," wrote one.

[Lou Reed on stage via Shutterstock]