Maddow: I'm not so sure Rand Paul even knows what the word 'plagiarism' means 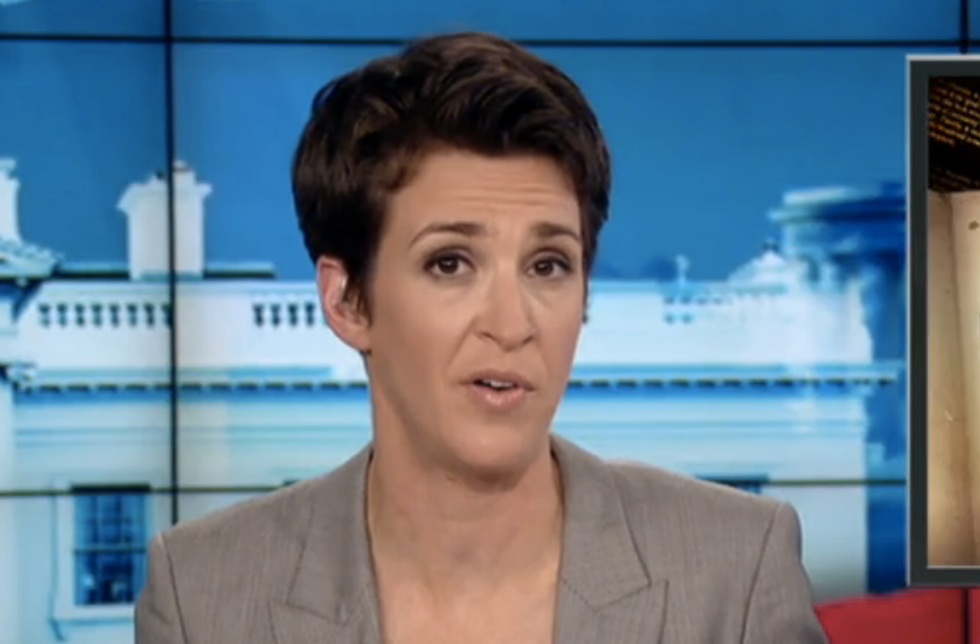 Monday night on MSNBC's "The Rachel Maddow Show," host Rachel Maddow fired back at Sen. Rand Paul (R-KY), whose response to the growing plagiarism hubbub around his speeches was to accuse Maddow -- not by name -- of "spreading hate" about him.

Paul isn't just any senator, though, she continued, he's a senator who wants to run for president. A plagiarism scandal is, or at least ought to be, a real liability for a presidential candidate.

For two days, Paul's office kept mum on the charges, but then on Wednesday, Paul said in an interview with Fusion Network anchor Jorge Ramos, "The person who’s leading this attack, she’s been spreading hate on me for three years now, and I don’t intend for it to go away. But I also don’t see her as an objective news source.”

The interesting thing about the exchange, Maddow noted, is that Paul honestly doesn't seem to have a firm mental grasp on what plagiarism is.

"Nothing I said was not given attribution to where it came from," Paul insisted, saying that by mentioning "Gattica," he was giving "the screenwriters" credit. The screenwriters, however, didn't write the Wikipedia entry, and at no point during his speeches did Paul acknowledge that he was quoting the online encyclopedia.

"Senator, you can call me whatever names you want to," Maddow said on Wednesday. "Trust me, I've been called worse. But this is not a personal thing for me at all. I feel no emotion about this and I do not 'hate' you, nor have I tried to 'spread hate' on you, and I'm sorry you feel that way."

"But," she went on, "you didn't 'borrow plot-lines' from these movies. You read the Wikipedia page out loud. The point is that you appear to have a frequent habit of plagiarizing your speeches, and perhaps that is explained by the fact that you don't understand what 'plagiarism' means."

"This is about you lifting other people's words verbatim and pretending that they are your own," said Maddow. "This is about you lifting entire section of a website, inserting them into your own speeches and then passing them off as your own original thoughts. This is something high school students know not to do. And you are presenting yourself as a potential candidate for president."