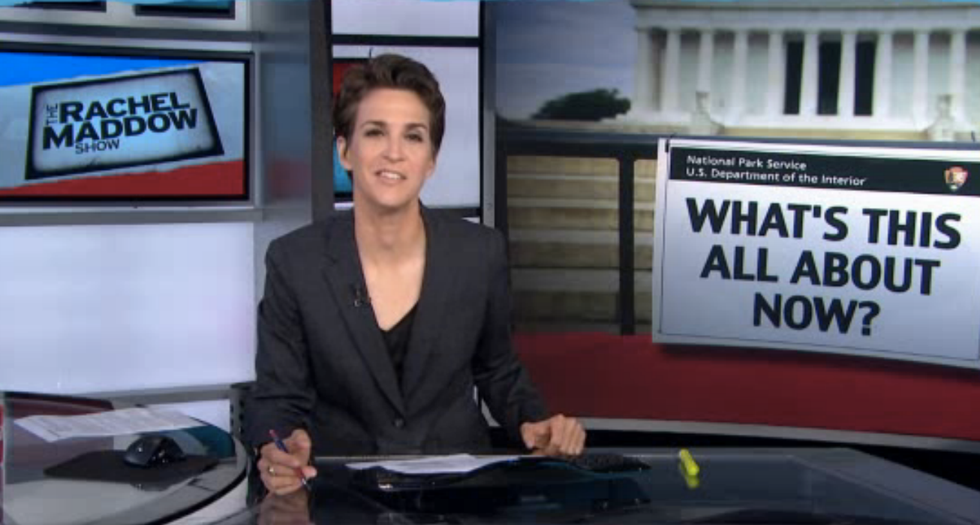 On Friday night's edition of "The Rachel Maddow Show," host Rachel Maddow marveled at the fact that the Republicans who shut down the government don't really even seem to know what they did it for. As hundreds of thousands of federal employees go without work and without pay, as hundreds of children are turned away from last-chance cancer treatments, the GOP is giving different answers about the shutdown every time someone asks.

She played a clip of Rep. Marlin Stutzman (R-IN), who said earlier this week that the Republicans "have got to get something out of this. And I don't know what that even is."

Then there was Sen. Mike Lee (R-UT), who defiantly told the press that he will be taking his paycheck for the duration of the shutdown. When the public reacted angrily, Lee's office not only denied making the statement, but accused KUTV in Utah of making the story up altogether.

Maddow then played an audio clip of Lee from KUTV, in which he is saying the exact things he insisted he never said.

"Okay," Maddow said, "the problem here is not that Senator Mike Lee wanted to keep his paycheck -- whatever floats your boat, sir. The problem here is that he had to pretend he did not say what he actually said. And that kind of thing keeps happening because Republicans in Congress do not seem to be sure of why they are doing what they are doing anymore or how to explain it."