Nevada tea party Republican: 'Yeah, I would' vote to bring back slavery 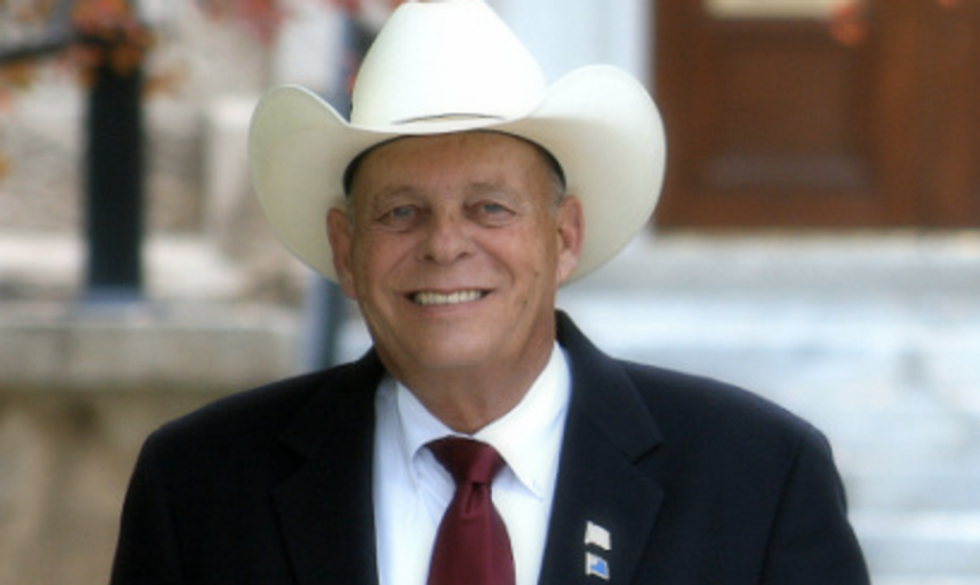 A Republican Nevada state assemblyman said that he would vote for legislation in favor of slavery if his constituents wanted him to. According to the Las Vegas Sun, Jim Wheeler of Gardnerville, NV was speaking to the Storey County Republican Party when he made the remarks last August, although they are only now coming to light.

Now, Wheeler said to the Sun, "liberal operatives" are spreading the video in an effort to smear him.

The assemblyman was referring to a blog post by a conservative commentator named Chuck Muth, who asked during Wheeler's candidacy, "(W)hat if those citizens decided they want to, say, bring back slavery? Hey, if that's what the citizens want, right Jim?"

Wheeler told the audience of Republicans, "yeah I would."

The remarks have kicked off a firestorm with Republicans and Democrats alike rushing to denounce Wheeler, who rode the 2010 wave of tea party fervor into his spot on the state assembly.

The Associated Press quoted a statement by Republican Gov. Brian Sandoval that said, in part, "Assemblyman Wheeler's comments are deeply offensive and have no place in our society. He should retract his remarks and apologize."

Watch video about this story, embedded below via CBS Channel 2, Reno: