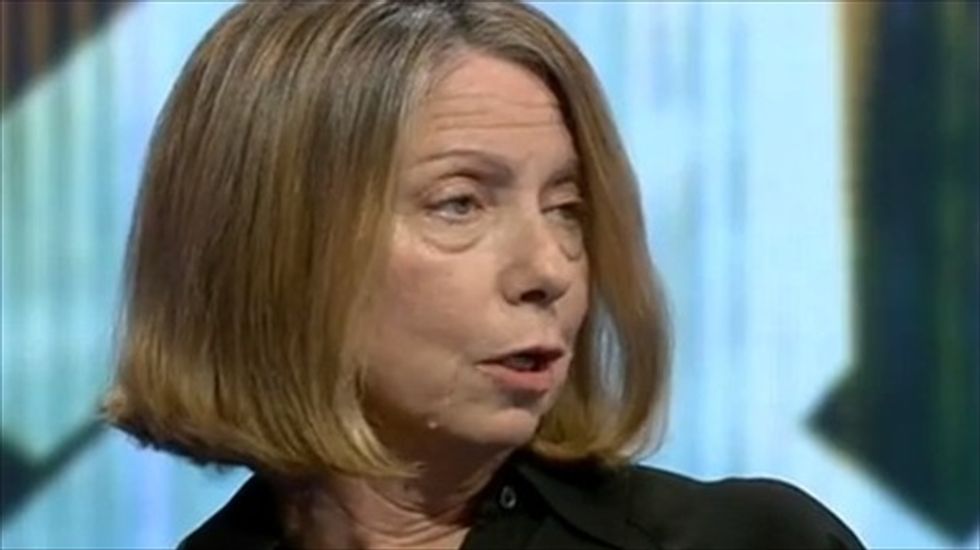 Jill Abramson, executive editor of The New York Times, has mounted a defence of the ability of journalists at her own paper and at the Guardian to publish public interest stories based on the thousands of secret intelligence files leaked by whistleblower Edward Snowden.

"I think the issue is that what the Guardian has published, and they have published far more material than we have, that those articles are very much in the public interest and inform the public," she said during an appearance on the BBC's Newsnight.

Abramson also addressed the criticism which has been directed at the Guardian in recent weeks over its role in illuminating the activities of US and British spy agencies, saying: "It distresses me to see other people in the media being critical of journalists doing their job, which is to inform the public, and I think these articles have been in service of that."

In the interview, she confirmed that some things had not been published because to do so would have harmed the safety of the public, and insisted: "Responsible journalists do care, as citizens do, about national security and the safety of citizens.".

Asked about an episode in which computer hard drives containing copies of some of the Snowden files were destroyed by the Guardian after a threat of legal action by the British government, Abramson said: "I thought it was unfortunate that they had to destroy some of their computers but they certainly took steps to ensure that good journalism continued and that is partly why Alan Rusbridger, who I think is a superb journalist, reached out to me to share some of these documents."

"In dealing with these stories and making very difficult decisions where we weigh – we balance – the need to inform the public against possible harm to national security and we do that very seriously and soberly."

Asked about claims by MI5 director general, Andrew Parker, that newspaper reports on how the intelligence agencies intercept voice and internet communications were causing "enormous damage" to the fight against terrorism, Abramson said that there had been no proof of actual harm to security.

She compared the warnings by Parker and others to those voiced when the New York Times published reports based on thousands of documents about US policy towards Vietnam after they were leaked in 1971.

"I think that the press in Britain has more restrictions on it than we do and the framers of our country had a big fear of too much power put in the central government, and as a bullwark against any excesses on the part of the government they believed passionately in the need for a free press. That is a stronger tradition in the US than it is here."

In the same interview, Abramson said that she would "probably not" sign up to the proposed royal charter on press regulation if she was editor of a newspaper in the UK.

Watch footage from the interview, posted by the BBC on Tuesday, below.