Newt Gingrich: 'Obama refuses to behave like an American president' 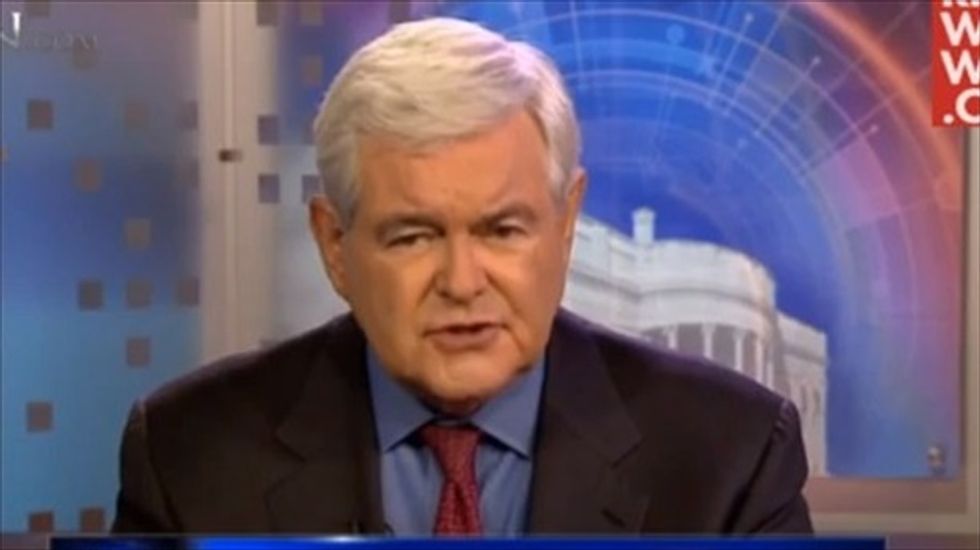 Former House Speaker Newt Gingrich (R) argued on Tuesday that the government shutdown stemmed from an attempt by President Barack Obama to create a dictatorship.

"The big problem is that President Obama refuses to behave like an American president," Gingrich said in an interview on The 700 Club. "He refuses to deal with the Congress as equal, which it is in the Constitution."

Gingrich then went into an explanation of the constitutional articles providing for the establishment of all three government branches, accusing Obama of putting himself "above the Constitution, and that's very dangerous for our freedoms."

The Crossfire co-host also cast House Republicans as defending the country against a dictatorship, not mentioning that the central issue in their refusal to fund government operations is the Affordable Care Act, which was not only voted into law, but upheld by the Supreme Court and a prominent component of Obama's successful 2012 re-election platform.

Gingrich also downplayed the effects of the shutdown, describing the 17 previous times it happened as occasional consequences of lawmakers holding firm against the White House.

"We've always survived it," Gingrich argued. "In fact, sometimes people are shocked at how many parts of the government that we don't know that we need and don't even notice when they're down."

Gingrich did not specify which of the 800,000 federal employees expected to not be paid during the stand-off would fall under that description.

Watch Gingrich's statements supporting the shutdown, as posted by Right Wing Watch on Tuesday, below.